My Immigrant Journey of Thirty-Five Years 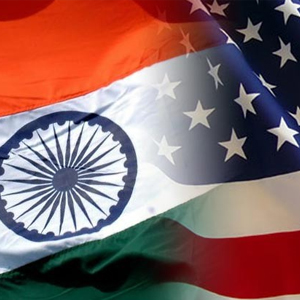 I landed in Atlanta in December 1986. Everything from the time I boarded Air India’s 747 Jumbo Jet from Mumbai was a dreamy affair. To begin with, it was my first flying experience. Unlike today, where most of us dread air travel, in those days, it was a positively exciting experience, and more so for a young man on his maiden flight. The plane’s purple and gold interior, dotted periodically with the famous Maharaja icon, seemed like a scene from Arabian Nights. And befittingly so: I was feeling like Aladdin living the Genie’s boon and flying on a magic carpet to the promised land.

Most Indians these days, certainly the urban ones, are already living globally styled lives. Coming to America as a new immigrant might be only a slightly exciting experience for most of them. Not so when I came. Stepping out of the plane into the Atlanta airport in 1986 was a surreal experience—not unlike Dorothy not being in Kansas anymore.

The pleasant ding in the airport shuttle, announcing the arrival of each concourse, accompanied by the automated announcement by an endearing female voice, seemed strangely attractive considering the rote nature of these mechanical sounds. Coming from what was, in those days, a dusty and drab Mumbai airport, Atlanta airport shone like a five-star hotel.

What I remember the most about the night drive, from the airport to the Norcross home of my uncle, was the number of Holiday Inns that I saw on the way. Coming from Mumbai, where the only Holiday Inn of the city was a posh hotspot where film stars and their likes hung out, I was impressed with the number of these hotels in Atlanta—not realizing that here, they were just one more brand amongest many others, to rest your head at night. Nothing glamorous!

Just before our move to the U.S., our once-rich family that had done well as custom jewelers for India’s waning lot of Maharajas and Zamindars, had fallen on hard times. Our tight monthly budget hardly covered us for essentials, let alone discretionary indulgences. Simultaneously, inflation was rampant in those days. I remember the kesar-pista ghaari, a cherished Gujarati sweetmeat had shot up to over 400 rupees per kilogram from previous price of 100 rupees per kilogram, just a couple years prior to that.

Coming from this, one of my joys during the early days in the U.S. was the affordability of things. I was tickled pink at how far a dollar went in its purchasing power. In one of those early months, while browsing in Kessler’s, a department store in downtown Atlanta (now long gone), I came across a lavish looking double-breasted woolen suit—which I badly wanted, for the purpose of interviewing for jobs. Surely, I wouldn’t dare look at the price tag, would I? Just minutes later, there I was in my car headed home, with my prized possession neatly hung in a black, zippered garment bag that, to me, was as exciting as the opulent dark Navy-blue suit inside—a bonanza at the sale price of just $49!

Turns out, my first job, at a Blimpie sandwich shop in Lenox Mall, did not require a suit to interview. But I did feel like a million dollars the first time that I adorned the suit a few months later for a wedding reception at the prestigious Atlanta Women’s Club in midtown.

Meanwhile, even with my measly hourly wages as a fast-food worker, shopping for groceries was a joy. In contrast to my recent past in India, piling indulgences like ice cream and pastries in the cart, over and above food staples like milk and bread, did not break the bank. My first used car—a 1979 Plymouth Volare station wagon— set me back a grand total of only $600. And that brings me to another advantage that we Indian immigrants have enjoyed—our close-knit networks. The family friend from whom I bought the car, graciously offered, without my asking, to spread the payments over six months. No credit applications to fill out!

Having commuted in city buses in India, packed like sardines, the sheer size of the station wagon was unbelievably extravagant to me. With its faux leather seating and 6-cylinder power, that Plymouth was no less than a Rolls Royce to me. I could scarcely believe that my $600 could buy me the luxury of power door locks, power windows and power steering. The first time I waxed the bronze exterior of the car on a sunny spring day, I swear the shine lit up a couple of blocks of our apartment complex. Yes Siree, showroom condition it was! I literally had a hard time taking my eyes off my dazzling car.

As a new resident of Atlanta, I was appreciative of its proximity to the north Georgia mountains. Less than an hour’s drive would take our family away from the rigors of settling in a new country. Growing up, my imagination of America was defined by its cities. For some reason, I had not seen past skyscrapers, Disney
World and Hollywood as what America meant to me. The beauty of the Georgia countryside and the mountains came as a pleasant surprise. In the early years, driving on those backcountry roads to places like Helen and Hiawassee was a sheer joy. By then, I had a stick-shift Subaru coupe that felt like a nimble Sports car compared to my Plymouth.

America had turned out to be all that was promised, and more. The 80s and 90s saw steady progress with the typical arc of immigrant aspirations. The honors English and Political Science courses that I took in college are something that I particularly look back fondly on. They deepened my love for writing and kindled an interest in American history and politics. During those first two decades, I found nothing but welcome in the country that I had made my new home. Despite living in the Bible Belt in the Deep South, I had personally never experienced any discrimination, let alone racism, against me.

To say that it deeply affected the psyche of the nation is an understatement. Whether it fundamentally changed the character and temperament of the average American, or whether it just unshackled the anti-immigrant sentiments that may have been festering below the façade of normality, I’m not sure. In either case, I felt like my honeymoon with American inclusivity had ended.

Even though so much of right-wing extremism was coming out from right here in Georgia with mischief-makers like Newt Gingrich and Ralph Reed, I had failed to see it prior to September 11, 2001.

While the two terms of Obama were a saving grace, that glorious chapter of American history nevertheless failed to counter the forces of right-wing extremism and white supremacy that had found momentum after 9/11. And the backlash to Obama, the nation’s first African American president, only made things worse.

Into the second year of Trump's term, I was genuinely afraid, for the first time in my American life, as a brown immigrant. The prospect of being abused, if not outright lynched, by neo-Nazis suddenly became very plausible. I remember a day trip with friends to North Georgia soon after the 2017 riots in Charlottesville, Virginia. On our way back, we decided to have a picnic dinner at a state park near Dahlonega. We pulled into the park at the onset of dusk. When we started unpacking our food at one of the picnic sites, we soon realized that we were right next to a very rowdy group of White folks. The number of empty beer bottles on their table indicated that they had been at it for a while. A couple of them were watching us intently. Then I saw something that triggered instant fear: one of them was sporting a tank top with the confederate flag. Oh no, were these guys rabid Trump supporters with the “damn foreigners” tape playing in their heads? And if they were, of course, they were packing heat. My imagination ran into overdrive. Would we find ourselves on the nightly news: “Brown immigrants shot at by white supremacists!”

For all I know, they may have been the nicest of folks, but that evening I was gripped with raw fear, even if a tad irrational. But the news that I had been watching in the last couple of days, and Trump’s propensity to give cover and perhaps impunity to KKK types, backed by a frightening percentage of population behind him, gave me reason for concern.

That night, I was forlorn as I thought about the loss of innocence and welcome that I had experienced in the first two decades of my life here. After more than three decades here, instead of feeling more at home, I was suddenly feeling unwelcome, a second-class citizen.

Fortunately, nations, especially ones as large as U.S. and India, are not defined by singular narratives, no matter how dominant they may seem. Biden’s election as president can be seen as a redemption of American values of inclusivity that welcomes immigrants of all the stripes. And even while politically things may have gone south, culturally and socially, immigrants in general, and Indian-Americans in particular, have made major strides. The fact that global giants like Google and Microsoft are helmed by Indian American CEOs was the stuff of fantasy from the standpoint of my early days here. The growing dominance of Indians in technology, small business, healthcare, hospitality, academia, and other fields is a reassuring antidote to the souring political climate.

What is even more exciting is the rising presence and influence of South Asians in American pop culture. Shows like Netflix’s Never Have I Ever and Master of None, and Disney’s new film Spin—all centered around Indian American protagonists, are major milestones in our integration into mainstream consciousness. South Asians like Mindy Kaling, Hasan Minhaj, Asif Mandvi, Aziz Ansari, Kumail Nanjiani; and rising stars like Maitreyi Ramakrishnan are brown folks making their own little (or large!) contributions to American pop culture.

Oh, and having a vice president with Tamil roots, a sari-wearing mother, and a name as Indian as Kamala, was simply inconceivable to the 20-year-old me that stepped out of that Boeing jet 35 years ago. My American journey continues to be amazing and promising!