"Quantico," Priyanka Chopra, and the Propriety of Taking Offense 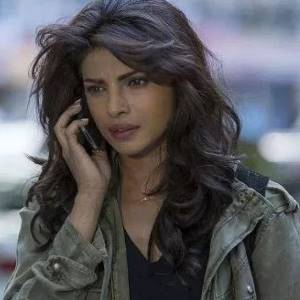 Yes, it’s a big word. But it is at the heart of the recent controversy surrounding ABC’s popular thriller series, Quantico, starring Priyanka Chopra as the lead character of Alex Parrish, a bright FBI agent.

Indians are not known for their refrainment when it comes to both high praise and rabid censure. Chopra’s stock as an Indian of global repute went through the stratosphere for landing the lead role in a slick American prime time series. Both the Indian media and the masses couldn’t stop raving about our desi girl for her all-American character.

That is, until she dared to stab her kind in the back, so claim her now equally vigorous Indian haters. What brought this about-turn you ask? In a recent episode of Quantico, the character of Chopra foils a major terrorism plot against a New York City target. The perpetrator is first projected as a Pakistani—until the sharp eyes of Alex Parish, Chopra’s character, notices a rudraksha (prayer beads) necklace under the shirt of the villain professor—revealing him to be an Indian Hindu.

Predictably, the right wing trolls in India went on overdrive with viral campaigns shaming and threatening Chopra. Even if their gripe may have justification, their means are wrong. Moreover, they are obviously targeting the wrong party here. Chopra is just an actor in the series who is contractually bound to perform the role and script given to her by the producers and directors.

But this also brings us to interesting ponderings about freedom of speech and censure. The act of censure is a valid one in free societies—provided it is not tainted with vitriol and threats. Freedom of speech, after all, is not an unfettered license to project any fantasy in the public domain. All it means is that the government cannot and should not restrict your right to free expression. But the legal right to free speech never meant there would not be societal consequences of the work that you put out in the public domain. Creators of art and fiction have responsibility to the society.

To that point, Quantico’s portrayal of a Hindu terrorist is objectionable—not because I think Hindus are pristine or perfect. In fact, as someone who has consistently called out Hindu hardliners throughout our years of publishing, and has earned their boycott and worse, it makes me uncomfortable to find myself in agreement with their objection to such a portrayal.

Why is it objectionable? Ugliness comes in many forms, and while Hindu extremists have demonstrated sufficiently their capacity for ugliness, the fact is, there is not a single recorded incident of a Hindu terrorist of the kind portrayed in Quantico. Such a portrayal lacks abjectly in verisimilitude: believability, plausibility, authenticity, and credibility.

Dropping the ball on verisimilitude on minor aspects such as a character’s clothing or the details of the setting is one thing, but when a national prime time show takes liberties with verisimilitude, thereby mischaracterizing a religion of over a billion people, it becomes far more serious. The judgement, if not the motivations of the makers, becomes suspect.

Unlike Hari Kondabolu—the Indian-American comedian who made a documentary objecting to the character of Apu in The Simpsons, the hit sitcom—I had no problems with Apu despite his uber Indian accent. That is because the character of Apu was completely plausible. In fact it was a fairly brilliant, even if comical, portrayal of a stereotypical Indian.

Not so with Quantico’s Hindu terrorist. Hindus have killed (and have been killed) in masses during the India-Pakistan Partition. Hindus—and Muslims—have killed wantonly in the many communal riots that have plagued India throughout the decades. And Hindu extremism is currently a major threat to the economy and integrity of India. And yet, despite it all, a “Hindu terrorist” scheming to kill thousands of innocent civilians in New York City is a flat-out aberration.

To its credit, ABC did apologize for its lapse: “The show has featured antagonists of many different ethnicities and backgrounds, but in this case we inadvertently and regrettably stepped into a complex political issue.”