Seeing Through the Empty Promises of Republican Sound Bites 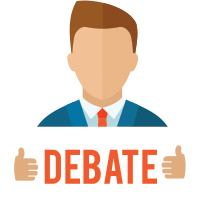 As per the U.S. Census, two of the most successful and affluent demographic groups in America—Jewish Americans and Indian-Americans—are overwhelmingly Democrats. Amongst other Asian-Americans, also a very successful group, 41% identify with Democrats while only 16% with Republicans, as per the 2016 National Asian American Survey. Some of the most successful and richest business tycoons are also Democrats: Warren Buffet, Bill Gates, Mark Cuban, Mike Bloomberg, and Jeff Bezos, the richest man in the world.

What do these smart groups and individuals know that makes them Democrats? For one, they haven’t fallen for the myth of the Republican Party as the Party of wealth building, good economy, and lower taxes. They see it for the complete and utter lie that it is.

Yet, there are many, including in the Indian-American community, who have been seduced by Republicans myths. Important professional organizations such as one of Indian hoteliers have aligned themselves with Republicans. The glamour of aligning with rich, white Americans, it seems, is too tempting, especially when you consider that the GOP has branded Democrats as the Party of poor minorities on welfare. What these Indians in the Republican camp don’t realize is the con job that they have fallen for.

There is a vast difference between the marketing and the reality of the Republican Party. The Party that proclaims itself as good for business and economy has in reality been ruinous to both. At the end of eight years of George Bush, fabled companies in the auto and banking industries were facing bankruptcy, and the mighty American economy had collapsed to a historic low—so much so that there was talk about the fall of the dollar as the anchor currency of the world.

As to the current rise in the economy, if we listen to actual experts as opposed to blinded partisans, we see that it is a top heavy growth that is simultaneously straddled with a crippling national debt. Under Trump’s watch, for the first time in history, the national debt surpassed $21 trillion, according to the U.S. Treasury. When the inevitable correction will come, it will be the rich who will feel the pinch the most. And at that time their so-called lower taxes will mean nothing if their businesses and investments will turn south due to a fallen economy.

The same dynamics are playing out in the race for Governor of Georgia. In one corner, there’s the extremely qualified Stacey Abrams. At 17, she became a speechwriter for a congressional campaign. While in college, she worked in Mayor Maynard Jackson’s office. She has a Master's in Public Affairs and a law degree from Yale. She has been a house minority leader since 2011 with a great record of working with Governor Nathan Deal in the spirit of bipartisanship. Yet, her opponent Brian Kemp, who is facing several lawsuits for voter suppression in his role as Secretary of State, is branding her as an “extreme leftist,” and a “big-government” socialist. Under Kemp, millions of Georgians will remain deprived of Medicaid Expansion, a no-brainer that would improve lives and health, and in turn the economy by attracting corporations who are assured of health coverage of their employees.

Bottom line? If you want: a modern, functional government instead of one that is stuck in regressive ideology; a government that recognizes the threat of global warming; consumer protections from greedy corporations; security from gun violence; investments in transit and transportation, libraries, healthcare, environment and a host of other things that directly impact quality of life; and a genuinely strong economy, as Democratic governments have historically given, then vote Democrats all across your ballot!