Home > Magazine > Editorial > The Futility of Putting Your Faith in Trump 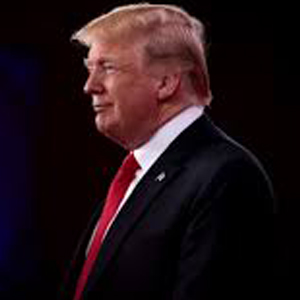 For Indian-Americans, bicultural identity is an everyday reality. But while this cultural identity works to uphold our Indian traditions and values, we need to remember that when voting as American citizens for an American President, it is our moral and civic duty to vote based on which candidate will be best for America. Other considerations such as the bilateral relations between the two nations should only come in as secondary concerns.
Who is better for the bilateral relations between India and America?
Yet, ruffled by some of the remarks coming out of the Biden campaign regarding Kashmir and the Citizenship Amendment Act (CAA), many chauvinistic Indian groups have tried to paint Biden as anti-India. Democrats have historically always cautioned against what they feel are anti-humanitarian tendencies in countries around the world. And yet—and maybe precisely because of their emphasis on humanitarian values—it is also the party that has, post the Cold War, valued Indo-American relations. It has favored India, at least on ideological grounds, more than Pakistan or China, both countries with a spotty track record for individual liberties.
The fact is both Republicans and Democrats in the last decade or two have come to value Indo-American relations for their synergies in the areas of importance such as security as well as trade and commerce. But Trump doesn’t believe in upholding any such legacies. He is an authoritarian who acts on whims and the optics of the day. To boot, he is an untrustworthy chameleon: acting all chummy with Modi and feeding fig leaves to groups like “Hindus for Trump” did not prevent him from stripping India of its special trade status last year. Nor does it prevent him from waging a broader trade war with India by levying heavy tariffs on India’s exports to the U.S.
As to looking ahead, Dhruva Jaishankar writes in the “Expert Speak” section of the Observer Research Foundation website, “A second Trump administration will likely redouble its efforts to stem immigration, rebalance trade, and harden its stance on Iran, all of which would contribute further to Indian discomfort. Furthermore, a Democratic presidency will put one
important but dormant area of cooperation—on climate change, green energy, and sustainability—back on the table with India.”
Outside of bilateral relations, when it comes to our lives here, “[Trump has] attacked hundreds of thousands of Indian families by decimating the H-1B visa and green card processes,” writes Neil Makhija, Executive Director of IMPACT, a leading Indian-American advocacy organization and Political Action Committee (PAC), in a recent press release. Indians in the U.S. are some of the worst hit by Trump’s aggressive anti- immigration stance.
Indian students coming to the U.S. to pursue higher education and then rising spectacularly through the ranks in American corporations has been a defining phenomenon of Indian immigration to the U.S., one that has been a blessing to both Indians as well as to the U.S. If not for this tried and true route for Indians to climb the American corporate ladder, we would not have had American giants like Microsoft, Google, and dozens of other companies being led by Indian-Americans. Trump has now practically demolished this glorious phenomenon with his downright inhospitable policies for international students, combined with his tightening the screws on obtaining green cards for these students.

America is winning… in fact, it is the global leader… in the death count from the Covid-19 pandemic

Remember all that “winning” that Trump had promised on the campaign trail? Turns out the reality is far removed from his slogans, sound bites, and campaign promises.
Indian-Americans are one of the wealthiest demographic groups in the nation. Not surprisingly, many of them may have voted for Trump thinking he would be good for their pocketbooks. But Trump’s abysmal handling of the Covid-19 pandemic has hit Indian-Americans especially hard. With our large representation in sectors like healthcare, hotels, and small businesses, Trump’s unbelievable downplaying of the pandemic as a “Democratic hoax” has been a gut punch to Indian American small business owners, especially in the hospitality industry. Many mid-tier hoteliers are devastated as they face the prospect of bankruptcies or foreclosures.
Trump’s massive mishandling of the pandemic is directly responsible for the prolonged misery caused by the virus. “More people have died of Covid-19 in the United States than in any other country. Even adjusted for population, the death rate here is almost five times worse than in Germany, and almost 100 times worse than in South Korea. These are facts. This is reality. And the excess deaths and illness are directly attributable to Mr. Trump’s failures of leadership,” writes the Editorial Board of the Washington Post.
If we had a capable President, the worst of the pandemic would have been far behind us by now, as was the case with countries like New Zealand, South Korea, Australia, and many others. Instead, according to the above referenced Washington Post editorial, “Perhaps most frightening: Even now, there is no plan, no learning, no strategy for testing and reopening. Under his leadership, it is all too easy to imagine that our children will still be out of school a year from now, or two, or three.” One can only imagine the devastating effect such a prolonged threat would have on the death count and the economy.
Even without the pandemic, Trump has been bad news for businesses and the economy. According to the U.S. Senate Committee on Small Business and Entrepreneurship, “The Trump/GOP tax plan will explode the deficit, resulting in revenue losses of $1.5 trillion over the next 10 years, and hamstring the ability of the federal government to address critical issues facing small businesses, such as access to skilled workers, fixing our crumbling infrastructure, and access to affordable health care coverage for employees.”
Do you still believe Trump can be trusted to deliver on his promises?
Those considering voting for Trump in the upcoming elections forget—or willfully ignore—the kind of person he is: Racist. Sexist. Narcissist. Authoritarian. Hypocrite. Bigot. Bully. Ignorant. Corrupt. Patho- logical Liar. Chauvinistic. Juvenile. Combative. Petul-ant. Imbecile.
Many of the above adjectives, I concede, are often loosely thrown about in human interactions. But the somber truth is that each and every one of them actually— clinically—applies to Trump. Mind you, these are not just mere conjectures or casual insults thrown at Trump—he literally embodies each one of them. If you are one of those who believe that Trump is really not all of what those words describe, then you may want to call Merriam-Webster to redefine these terms.
Americans of even the slightest conscience are therefore in absolute disbelief that such a man continues to remain a contender in the upcoming elections. Unfathomable!
But why? The only plausible explanation is that many Americans have decided that his personality and character do not matter as far as his politics align with their own. “So what if he is crass and vulgar and despicable? He will still cut taxes, throw out illegal aliens, root out Islamic terrorists, and make America great again,” they reason.
But if you believe Trump is capable of delivering on his promises, think again. He promised you the wall, and that Mexico will pay for it. Now, towards the end of his term, the “wall” has collapsed, and that bit about Mexico paying for it has been exposed for the joke that it always was. He promised you to “drain the swamp” in Washington. Now his government is swamp personified: cronyism is at the very heart of every decision he makes. He promised you to wipe out national debt—and managed to jack it up to over $23 trillion even before the coronavirus pandemic hit.
Can you imagine listing any single one of the above mentioned adjectives on your resume? Or hiring someone with those qualities? Yet, the President of the United States is a daily spectacle of those traits—a towering and ominous mascot of the lowest of mankind. Indeed, Trump is the antithesis of everything that mankind has tried to evolve towards: goodness, compassion, trustworthiness, religion, ethics, lawfulness, and all that separates civil society from anarchy.