The Marvel of Representation 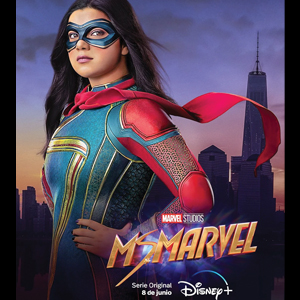 Superheroes with all kinds of magical powers are as American as apple pie. The franchises that bring them to life—such as DC Universe and Marvel—are multimillion-dollar industries. Generations of Americans grew up reading these comic books and collecting and trading them (sometimes at exorbitant prices!). They grew up watching the blockbuster movies of their favorite superheroes and sporting life-size posters of those heroes on their bedroom walls.

Contemporary teen fans will soon be hanging flashy posters on their walls of Ms. Marvel—the latest of American superheroes. Only, this time, the face adorning those walls will be a brown one!

Ms. Marvel, the superhero featured in Marvel’s latest miniseries, is a character named Kamala Khan, a Pakistani American teen living in Jersey City. That speaks volumes about how far we have progressed towards inclusion and multiculturalism. Having just come out of one of the most racist presidencies in American history, and still living in a highly charged racial environment, it may be hard to believe that there is also an equally strong countercurrent of egalitarian values on the rise.

A Ms. Marvel of such background doesn’t just happen accidentally. It demonstrates the spine and wokeness of the leadership at the Marvel franchise. Not to mention their savviness. After all, these companies rely heavily on market research. The fact that Kamala Khan came to be Ms. Marvel is also indicative of a marketplace ready for a brown Muslim girl to represent the archetypal hero who saves the day.

It’s not that this new Marvel series is the first to push the envelope on South Asian representation. Shows like Netflix’s Master of None and Never Have I Ever, and films like Disney’s Spin, had already started chipping into the glass ceiling in recent years. And yet Ms. Marvel is a gamechanger like none before it. That’s because of its uber embrace of South Asian themes and talent. At one level, it feels like the whole show is made by and for South Asians; so much so that we may forget that it is an all- American franchise.

Starting with Iman Vellani, the Pakistani-Canadian lead who plays Kamala Khan, most of the characters—Kamala’s parents, brother, aunts, uncles, and community folks—are brown. Adil El Arbi and Billal Fallah, two of the directors, are brown—of Moroccan descent. Meera Menon and Sharmeen Obaid-Chinoy, the other two directors, are South Asians. Bisha K. Ali, one of the lead writers, is British of Pakistani origin.

And the result of all this brown talent actually shows up on the screen—figuratively and literally. Ms. Marvel unabashedly portrays not only the coming of age of its Pakistani-American lead character, but also the cultural and assimilation challenges of her Muslim family and community.

The series not only bridges Pakistani and American culture, but also promotes Indo-Pak amity. Kamala Khan’s starry-eyed excitement for Shah Rukh Khan and Bollywood movies is relatable and endearing to most Indians. So is the love showered by Pakistani youngsters on “Jalebi Baby” and other chartbusting pop favorites from India or from global Indians.

The scene in episode three of Kamala’s brother’s wedding will make you forget that you’re watching something from the franchise that gave us Spiderman, Captain America, and Iron Man, to name a few. This scene seems more like something straight from Bollywood. Tanweer Mian, a well-known singer from the South Asian community of Atlanta plays a wedding singer in this scene in which his band is called “Brown Jovi!” The wedding revelers dancing to Mika Singh’s popular number, “Haddippa,” again, could very well be a scene from the video of your cousin’s wedding in North America.

The same vibes were evident behind the scenes in the making of this series. Since a good bit of it was shot in Atlanta, quite a few local South Asians were involved in it. Most of the extras on the set were Pakistanis and Indians from around Atlanta. Watching them decked up in their finest silks at the iconic Fox theater for an Eid celebration scene felt like walking into an event that is more plausible in a posh hotel in Pakistan or India than in America.

For those of us who have made it our business to keep an eye on South Asians in American pop culture, such full-on portrayal of our community in the mainstream is indeed groundbreaking. Such representation is precisely the antidote that communities of color need against the bane of racism. In many ways, we, as a brown, minority, immigrant community, are no different than the young Kamala who not only wants to be understood and accepted for who she is but would also love to be popular. Individually or collectively, we all crave belonging.

Parthiv N. Parekh is the Editor-in-Chief of Khabar magazine.