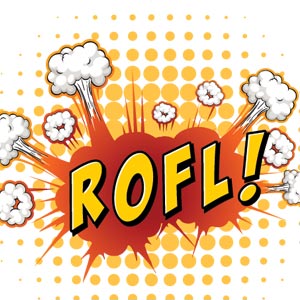 For months I had encouraged Roopal to speak her mind and to let it rip in an Arnold Palmer sort of way. Arnie, one of the last century’s greatest and most endearing athletes, slashed his way around the golf course as if it were a demon and he a vengeful God. But even after a poor round, he would sign autographs, answer questions, tell all how lucky he was to play this great game. After he completed his final-ever competitive tournament, reporters forgot their professional reserve to applaud the man from Latrobe, Pennsylvania. We native-born folks appreciate the authentic, and in Arnie’s case, a humble swing-flawed hero. Such is the reason I told Roopal to speak her mind and to let it rip, just like Arnie. She did so during a customer meeting.

“Sometimes I feel like I am on a crazy duck chase,” she complained to the IT team at Darden Restaurants. “When I leave you messages about outstanding invoices, no one returns my calls!”

I whispered a few words to Roopal. She muttered something in Hindi and then addressed the group.

“Well, this isn’t good! My boss has just informed me that there is no such thing as a crazy duck chase. He tells me I should have said, ‘wild goose chase.’  I am so sorry! It is so difficult for me to keep track of all of these confusing American expressions.”

Roopal, you are not alone.

In Slang, The People Poetry, Michael Adams takes 53 pages to define the sprawling subject. No worries! I have boiled it down to this: Slang consists of words and phrases that I was never allowed to use in the classroom and rarely to my parents.

Imagine a fortress, circa 1966. This fortress has classrooms, each holding 55 starched white kids and a single determined nun. Among the nun’s responsibilities is to teach the “King’s English.” She has three weapons at her disposal. The first, the Oxford English Dictionary, lists and defines our language’s “proper” words. The second, the “diagram,” is a teaching tool. The third is the right to beat the snot out of any student who violates the first two rules.

Outside the ordered fortress there is chaos and life. Blacks, Hispanics, women, queers, hippies, white supremacists, and war protestors—in short, an interesting mix of Americans—are marching in the streets and arguing their causes, using words that are not in the dictionary and in sequences that cannot be diagramed. Some in the fortress—me, to be precise—took note, had our views and language shaped by that seminal decade.

This is our first great lesson on American slang. It is usually generation specific.

“Dig it,” for example, meaning to like or understand, is a nearly forgotten slang expression from the 1960s. So is “groovy. That strange word means happy, as in “I am feeling groovy.” A “cool cat,” was a fun, hip male. If you were not a cool cat you might have been labeled a “square.” I was born a square. I am still a square. I will die a square. To “drop out” did not mean an orderly exit from college. It meant that you had rejected the American dream of a life with the same job,
same wife, perfect kids, and a suburban home, to “do your own thing.” A “trip” was a recreational drug experience. A “pad” was a bed. “Bread” meant money. Countless new words, as if we needed more, were invented for sex acts and body parts.

This is our second great lesson of American slang. It has the shelf life of a fruit fly.

Feeling overwhelmed? You should be! If it is any consolation, I rarely use anything but the most commonly understood slang and expressions, such as, “It’s raining cats and dogs.” I run like Forrest Gump from my daughter’s slang because I do not understand it or relate to it.  My slang comes from the 1960s and is based on events and a culture very different from her world of 9/11, Harry Potter, texting, and Facebook. Sure, I understand that our brains are quite adept at processing the meaning of new slang when there is a social context, but why take the risk of using a phrase that is not mine? But it gets even more treacherous.

In 1967, a troubled year in the history of our country’s race relations, I asked Mom to stop the car in order to give my black teammates Preston, Handy, and Barnard a ride to the baseball field. During the game, the four of us teamed to turn a double play, a skilled defensive event, particularly for young teenage boys. They did most of the hard work; my sole contribution was to catch a low throw. “Way to scoop, Billy, way to scoop,” my three buddies screamed, as we hugged each other. My white teammates simply offered, “Nice catch, Billy.”

This is the third great lesson:  Even within the same generation, sub-cultures like African-Americans develop their own slang.

It is a myth, perhaps even a racially motivated myth as Adams writes, that black slang has had an undue influence on the King’s English:

Slang is all about fitting in to one group or another, but fitting in (and keeping others out) are as perceptual as they are anything. Perception is actually linguistically, historically, and culturally significant:  African American slang is more slangy because people believe it is, even though African American urban youth are not necessarily more prone to slang than are suburban white moms. Indeed, the perceptual element is essential to slang: slang is stylish, rebellious language, and it isn’t slang until someone recognizes it as slang.

Much of the slang that I have shared has disappeared from common use. But some slang survives, has even weaseled its way into the hallowed pages of a mainstream dictionary. Such a journey takes time, for the guardians of the fortress are very strict! As Robert MacNeil and William Cran write:

Dictionary references and usage notes do evolve. Take the common American expression, come clean, to tell or confess everything, which originated in cant, or underworld jargon, and emerged as common slang in the 1920s. In 1987, even the Random House Dictionary … labeled come clean as “slang,” but by 2001, for the New Oxford American Dictionary, it had become merely “informal.” By January 2004, the Associated Press deemed it acceptable for a news story about Pete Rose: “More than a year before he came clean publically in his new autobiography, Pete Rose told
a high school newspaper that he bet on baseball.”

“Come clean” is an excellent phrase to add to your verbal tool kit. There are others that I might recommend.

From baseball, the expression, “Let’s touch all of the bases,” is a great line to use when discussing the details of a project. If a job appears to be very straight forward and easy to complete, suggest that it looks like a “slam dunk,” that is, a high percentage baske ball shot. Both of these expressions are very acceptable in all settings, neither one will “raise an eyebrow.”

If you wish for a sportier line, try “diddly-squat,” as in “My husband doesn’t do diddly-squat in the kitchen.” Another personal favorite is “bling,” a slang word from the black community. It means “flashy jewelry to create the impression of wealth.” This amusing expression could be used with your friends as in, “Hey, take a look at my bling!”

Slang that originates in pop culture is also problematic. If you elect to give either of them an Arnold Palmer like rip, I might suggest you try them with older American friends, those who are at least in their late 30s.

That line was memorably used by the Robot in the television series Lost in Space to warn the young boy, Will, of approaching peril. Use it if you find yourself waiting for the doors to open for Black Friday sales at Walmart.

Still, despite my warnings and admonitions, you may think that your skills are such that you are able to adeptly maneuver through the minefields of American slang. When, not if, your verbal missive lands in the weeds and out of bounds, just as Arnie’s overly aggressive shots did, here is one last suggestion. Puff up your already swollen chest and pretend
that you are Captain James T. Kirk of Star Trek fame. When surrounded by imminent danger, he would whip out his communicator and say “Scotty, beam me up.”

It is always good for a laugh, and a handy tool to have, if you elect to use American slang.