Americana: Of Communists and Cold War 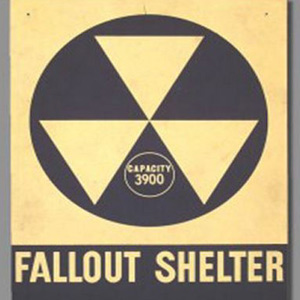 On our last hour in St. Petersburg, Russia, our tour guide honored the commitment she had made the previous day. After taking a second to compose herself, she said, “I will now tell you what happened to our family during World War II and the siege of Leningrad.” I looked forward to her account, for I just knew the basics: the nearly three-year siege of the city by Hitler’s Germany against Joseph Stalin’s Russia would result in the deaths of over a million soldiers and civilians.

Nothing binds estranged countries together like a common enemy, and such was the only reason Winston Churchill and Franklin D. Roosevelt teamed up with Stalin, one of the world’s most brutal dictators, to defeat Germany, Italy, and Japan. But after the war, those convenient alliances between communist Russia and the democratic West broke down and the Cold War era began.

What? No! Please stop interrupting. All I have described so far is a normal marriage. Allow me get to the Cold War part.

The truth is that you decide it might be wise to overlook your husband’s sin, for as all at the party could see, you spent an equal amount of time fluttering your brown eyes at Bob, a charming man with zillions of dollars, an attentive ear, and three outside cats. Now, yes, here is the very definition of a Cold War.

Both parties are armed and dangerous. Direct confrontation might escalate into a nuclear war, so battles are fought through proxies, such as Spot. Spot, a bright canine with a surprising interest in world history, knows that proxies often get divided in half between warring factions, such as Vietnam, Korea, and post World War II Germany. Spot does not wish to be divided in half. He just wants to go to the bathroom.

Some historians believe the Cold War began in 1917, the year of Russia’s October Revolution and Vladimir Lenin’s assumption to power. Lenin claimed that the new Soviet Union was surrounded by a "hostile capitalist encirclement" and called for a worldwide revolution. His successor, Joseph Stalin, believed the same.

Other historians point to the end of World War II, a period of time when Russia consolidated and expanded its control over Eastern Europe, and wished for more. In the late 1940s, it gave approval for communist-aligned North Korea to break a previous treaty and invade U.S.-friendly South Korea. Wishing to halt the spread of communism, we sent our troops to fight alongside the South Koreans. Five millions lives would be lost in the mind numbing stalemate, later the basis for the 1970s television series, MASH.

“Us” versus “them,” good versus evil, democracy and the American way versus the evils of Russia and communism, such were the truths I learned as an eight-year-old boy in 1962. Years later, I would learn that the early 1960s marked a very frigid point in the Cold War, as Russian premier Nikita Khrushchev and U.S. president John F. Kennedy engaged in a potentially deadly confrontation during the 1962 Cuban Missile Crisis. The tensions between the two even reached the classrooms of Holy Trinity Elementary School in Poughkeepsie, New York.

“Students,” came the voice over the intercom, “this is Mother Superior. Follow your Sister and head to the fallout shelter. This is a drill.”

Once we were settled in our wooden seats, Mother Superior paced the stage and told us we did well. “In case the Russians attack us, just repeat what we just practiced.”

What? I’m no Albert Einstein, but hold on here! What are we going to eat? Where are the bathrooms? How long do you really expect hundreds of kids to live in these cramped quarters? And after the Russian leave, then what will we do? Catch the bus home? Will our home be there? How about mom and dad? What about Spot?

I would later learn that in the early 1960s, and at the urging of President Kennedy, Congress appropriated $169 million to build and stock fallout shelters in public and private buildings, including, evidently, Holy Trinity Elementary School.

The Cuban Missile Crisis ended when Comrade Khrushchev blinked and backed down, or so the story was told. Decades later, when the government documents were declassified, we learned otherwise. Turns out that the inexperienced Kennedy made a number of behind-the-scenes concessions to the Soviets, including the removal of missiles from Turkey. “It was the age of Camelot,” his widow said a few days after our youthful president was assassinated in 1963, but I’m not so sure.

But hey, even if I am permanently scarred by all those trips to the yellow-and-blacksigned fallout shelters, my spirits were lifted when we whipped the Soviets in the race to the moon. During a Cold War, any desired objective is a proxy test of “us” versus “them.”

Do you remember the Russian Yuri Gagarin? On April 12, 1961, he became the first human to journey into outer space. A month or so later, Kennedy announced the dramatic goal of sending an American safely to the moon before the end of the decade. The space race was on, and when Neil Armstrong set foot on the moon in 1969, we won.

The Cold War battles extended to the sporting fields as well. Eager to prove its superior stock, Russia sent hormone-injected men and women “amateurs” to the Olympics to compete against our country’s hopelessly outmatched athletes. The imbalance led to one of the most celebrated moments in American sports history.

“Do you believe in miracles?” the sportscaster Al Michaels screamed to a shocked nation, as a bunch of scrappy American college kids beat the seemingly invincible Soviet Union ice hockey team in the 1980 winter Olympics. In 1999, Sports Illustrated named the “Miracle on Ice” as the top sports moment of the 20th century. A few years later, the International Ice Hockey Federation named the game “the best international ice hockey story of the past 100 years.”

Our nation’s concern about the spread of communism was real, but it was often exaggerated, reaching paranoia status shortly after the end of World War II.

In 1950, the infamous Senator Joseph McCarthy charged that “hundreds” of “known communists” were in the Department of State and other federal agencies. His public hearings and bullying tactics ruined lives and careers. In 1954 “McCarthyism” ended when he charged that the United States Army was “soft” on communism and that one of its attorneys, Fred Fisher, was a member of a subversive organization. The Chief Attorney for the United States Army, Jack Welch, delivered a withering response.

The bully pulpit that had brought McCarthy to power—the television set—also brought him his national comeuppance. His popularity evaporated. The three months of nationally televised “Army-McCarthy” hearings ended.

The Cold War ended with the collapse of the Soviet Union in 1991. Some wish to say the system simply collapsed, others believe that President Ronald Reagan deserves much credit. No matter. In 1987, we see our aging president, an avowed anticommunist, standing in front of the Soviet constructed wall that divided Berlin, and East and West Germany, delivering a challenge to the Soviet leader.

In 1991, the walls came tumbling down and the Cold War ended. Two decades later, I felt enough time had passed that I could safely travel to Russia, a place that once caused a young eight-year-old boy to seek refuge in a fallout shelter.

In the last hour of our tour, our guide shared her heart-wrenching memories of Hitler’s three-year siege. Never mind my imagined fears from 1962, this woman lived her formative years in a real war between Stalin and Hitler. Her account ended when we returned to her ship, leaving me no time to ask for her memories of the Cold War. I have my memories of that period, and I wish I knew hers.