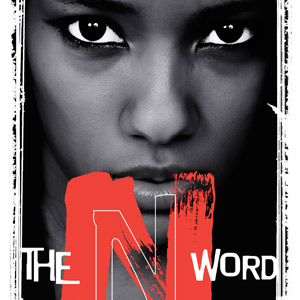 A couple of decades ago, my former college roommate and I met in Bellingham, Washington, assembled our bicycles, and began to pedal in the general direction of New Bern, North Carolina, some 42 days and 3600 miles distant. We tasted the cool and dry refreshing air of the Rocky Mountains, survived the stark emptiness and searing heat of the Dakota badlands, before reaching our nation’s “first highway,” the historic Mississippi River. Could have been the heat, could have been the beers that I swilled with the locals at a friendly neighborhood bar, but late one afternoon as we cycled along the humid waters I felt as if I had been placed in author Mark Twain’s America, an era of steamboats, bustling commerce, and boundless optimism. Twain captured the darker shadows, too.

“Good gracious! Was anyone hurt?” Such were the exclamations of Aunt Polly, one of the protagonists in Twain’s classic novel, The Adventures of Huckleberry Finn. The old woman had just learned from her nephew, Tom Sawyer, of an accident on the river and she wanted to know the full details.

“No ma’am,” Tom answers. But then, as an afterthought he adds, “It just killed a nigger.”

“Well, it’s lucky; because sometimes people do get hurt.”

When I first read Twain’s book, I was too young to see the novel as anything more than the story of two boys on a wild adventure. I did not understand that Tom and his friend, Huckleberry Finn, were mere props, and that the real story was about a slave, the nigger Jim, and his flight to freedom. Twain, who set his anti-slavery book a few years before the Civil War, used the word “nigger” over 200 times in his still controversial narrative. Aside from the fringes of our society—including white supremacist groups and some black, intra-cultural usages in comedy and music—I thought most in America had buried the derogatory word. But just a few months ago, President Obama blasted that cheerful notion apart when he said,

The President is correct. But it is fascinating to me is that he intentionally said, “nigger.” He did not have to, but he did. Why is this word so much more explosive than our country’s other ethnic tags, such as “wops” for the Italians, “chinks” for the Chinese, “kikes” for the Jews, “wetbacks” for the Mexicans?

Etymologists, that is, the people who study the origins of words, tell us that “niger,” a Latin word for black, first appeared in 1574. For many years, it remained a neutral term, carrying no specifically hostile intent. It simply meant “black.” Gradually, as the word spread into different lands, the word morphed in spelling and pronunciation, eventually becoming “nigger” in the American South. By the early 1800’s, or four decades before the time that Twain set The Adventures of Huckleberry Finn, the word was firmly established as derogative. But nigger is hardly the only word that our country has used to denigrate the black race. Those who wish to jab at my Irish heritage have a limited arsenal of words to lob my way, but as the African-American Registry writes,

Over time, racial slurs have victimized all racial and ethnic groups; but no American group has endured as many racial nicknames as Blacks: coon, tom, savage, pickaninny, mammy, buck, samba, jigaboo, and buckwheat are some. Many of these slurs became fully traditional pseudo-scientific, literary, cinematic, and everyday distortions of African Americans. These caricatures, whether spoken, written, or reproduced in media and material objects, reflect the extent, the vast network, of anti-Black prejudice. The word, nigger, carries with it much of the hatred and disgust directed toward Black Africans and African Americans. Historically, nigger defined, limited, made fun of, and ridiculed all Blacks. It was a term of exclusion, a verbal reason for discrimination. Whether used as a noun, verb, or adjective, it strengthened the stereotype of the lazy, stupid, dirty, worthless nobody. No other American surname carries as much purposeful cruelty.

In 1983, I picked up my office phone. It was Walter, the vice president of a major bank. Ben, a black friend and work partner, and I, had just met with him. Walter wasted no time.

“Bill, we’d like to see you again. We are very interested in buying your AT&T computers. But if you hope to make the sale, let me give you a friendly piece of advice. Don’t bring that nigger back to our building.”

My parents had told me at a very young age that “nigger” was a bad word and that I should never use it. Through my religious instruction, I learned that God had created all men equal, not just the white ones.

My generation, due to the passage of federal school integration laws, was the first to experience racially mixed classrooms, at least on a national scale. For the first time in American history, blacks and whites drank out of the same water fountains, showered together after gym class, attended the same high school proms, and voted on beauty queens. During my college days at the University of South Carolina (1972-1978), my friends and classmates sometimes used the N-word. But the nuance and context with which they used the word was rarely racially charged. Walter’s “advice” was different.

“Walter, you have a problem. Ben is a friend of mine. I’m not going to sell you AT&T computers. Call my boss if you’d like to complain.”

It was the best response I could muster as a very young man.

President Lyndon Baines Johnson, who, in fact, passed much of the Civil Rights legislation of the 1960s, nevertheless once said,

“I talk everything over with [my wife],” he proclaimed on one occasion early in his political career. Continuing, he quipped, “Of course … I have a nigger maid, and I talk my problems over with her, too.

In tapes released by the National Archives, we hear President Richard Nixon tell Secretary of State Henry Kissinger, “Henry, let's leave the niggers to Bill (Secretary of State William Rogers) and we'll take care of the rest of the world.” Nixon often referred to blacks as “niggers” and “jigaboos” in other conversations.

My former college roommate and I cycled for several hundred miles along the waters of the northern Mississippi River. Never saw a black man during that part of our journey. If we had made it to St. Louis or Memphis, two cities that owe their existence to the river, we would have. Dr. Martin Luther King was shot and killed in Memphis, his dream of equal rights for black men not quite achieved, but his place in history, secure.

Mark Twain’s place in history may not be so secure. Seems that some of the current generation of politically correct Americans cannot deal with the N-word, find it way too unpleasant. NewSouth Books, publishers of The Adventures of Huckleberry Finn, recently replaced “nigger” with the more neutral word “slave.” They say this “special edition” will appeal to schools that have otherwise banned the book. I am frankly appalled at the rewording, but some have other views.

Nancy Methelis, an English teacher, in a film made about the challenges posed by Twain’s use of the N-word, explains her decision not to use the word aloud in class:

Words are among the most powerful things there are … A grown-up, middle-aged white woman using that word gives another level of meaning than a 15-year-old African American student. I think I could hurt students by using it, and I don't feel that my minority students want to hear their white peers use that word either…

Chrissy Hayes, a black student at a different school, says,

“There's no way to completely ease the tension when they keep saying 'nigger, nigger, nigger' and you're the only one in the room it could apply to. But even if teachers say 'the n word' instead, it's written right there in the book, and everyone still reads it in their minds.”

I know of one young Irish-American white boy—me—who never forgot that damning line and word, even though I was far too young to understand its meaning. I also know of a president who resurrected this uncomfortable word.

My guess is he did it for a very good reason.