Home > Magazine > Features > Americana: The Roll of the Dice and the Spin of the Wheel: Gambling in America

Americana: The Roll of the Dice and the Spin of the Wheel: Gambling in America

Those living in the instability of a democracy have the constant image of chance before them, and, in the end, come to like all those projects in which chance plays a part.
—Alex de Tocqueville, Democracy in America

Men and women dressed in their Sunday best form a long line that runs from the doors of the casino riverboat to a distant parking lot. Dressed in a suit and tie, I walk past the job seekers. Some offer “Morning suh,” thinking, perhaps, that I am the Boss Man in charge of hiring. I am not.

“Long line of folks out there looking for work,” I offer to Al Weeks, the food and beverage director of the Biloxi, Mississippi casino.

Al, a thoughtful and religious man, thinks for a moment and then says, “If they are like yesterday’s applicants, half of them can’t read or write. It’s so sad. Even a cook has to be able to read a server’s instructions. Well, let’s talk about the implementation schedule….”

In the early 1990s, destitute Mississippi, hoping to attract out-of-state visitors with money to spend, legalized gambling, provided the venue was not on land. From the sultry Gulf shores of Biloxi and Bay St. Louis, northward along the river to the cotton fields of the Mississippi Delta, casino operators built and then docked huge ships that went nowhere. “Going to bring our state lots of tax revenues and jobs,” the state of Mississippi promised the locals.

Twenty years have now passed, long enough time for us to review those words, and we will. We will also consider how gambling, a pastime that was viewed as sleazy and unsavory activity as late as the mid- 1960s, became so mainstream. Warning! If you wish to criticize the very notion of gambling, you are not quibbling with me, a harmless earthbound observer, but with the heavens.

Egyptians claim that the god, Thoth, invented gambling. In Greek mythology, Zeus, Hades, and Poseidon played ‘throw the dice’ in order to divvy up the universe. Fortuna was the Roman goddess of good luck and chance. The tenth mandala of the Rig Vedas—the “gambler’s hymn”—is said to have been composed by a gambling sage who had lost everything through dice.

Gambling, whether with cards or dice, animal fights or human sports, is as old as the gods and as ingrained in the world’s cultures as much as wheat, rice, and sex.

Now let’s consider the diverse nature of America’s earliest immigrants. Along with their suitcases, dreams, and gods, they packed their games of chance. Ah, but the best games of the “old country” may not measure up in the new! As David G. Schwartz writes:

Gambling in America predated the republic of the United States by several thousand years, and Americans fused several traditions—European, Native American, and African—into a larger gambling culture that, with advances in transportation and communications, would spread throughout the world.

How American! The Melting Pot takes the best games from each culture, and then we cleverly create and exploit worldwide markets! Viva Las Vegas!

But I am getting way ahead of myself. Not all of our early settlers were thrilled with the activity.

The painful and tedious 17th century Puritan clergyman, Increase Mather, denounced gambling as “heinously sinful.” Yawn. Despite his stern words, many Puritan settlers continued their wicked ways. In 1646, when Massachusetts passed a law that banned gambling in public houses, the people interpreted the edict as a suggestion.

In the 1770s, we hear George Washington saying that gambling is “the child of avarice, the brother of iniquity, and the father of mischief.”

From 1772 to 1775, General George kept very detailed accounts of his own results—at the card tables. Showing superior leadership qualities, in 1776 he ordered that, “All officers, non-commissioned officers, and soldiers are positively forbid playing at cards, or other games of chance.”

Alexander Hamilton, eventually our nation’s first Secretary of the Treasury, even floated the idea of running a lottery to support our troops during the Revolutionary War.

After the Brits were sent back to their island home, all 13 colonies established lotteries to help raise revenues. Ivy League schools, including Harvard, Yale, and Princeton, did the same. Benjamin Franklin, John Hancock, and George Washington endorsed specific lotteries for public works projects. No such nicely organized and orderly events were taking place in the lawless lands west of the Appalachians where guns in the coats and cards up the sleeves were the weapons of choice. Schwartz writes:

New Orleans remained the nation’s gambling capital into the 1830s, though Mobile, Alabama, ran a close second. From New Orleans, professional gamblers fanned the length of the Mississippi and Ohio Rivers, and nearly every river town had a red-light district where gamblers, thieves, assassins, and prostitutes waited to entertain….

By the time that the Vicksburg Volunteers declared war on gambling in their town, it was estimated that between one thousand and fifteen hundred professionals worked the steamboats that plied the Mississippi and Ohio between New Orleans and Louisville.

The “Riverboat Gambler” is one of the most colorful and iconic figures in American history and culture.

The Civil War, which disrupted trade between the North and South, certainly impacted the gambling industry, as did a series of scandals. If there is one constant theme in the history of American gambling it is this: Growth, followed by scandal and outrage (Mississippi-1800s, Las Vegas-1950s), industry contraction, and then growth.

When I was born, there were no legal, government-sponsored lotteries operating in the United States, nor was it possible to legally gamble without going to a church bingo game or traveling to Las Vegas. But today, over 40 states sell lottery tickets and legalized gambling is as near as a computer. Why the change? 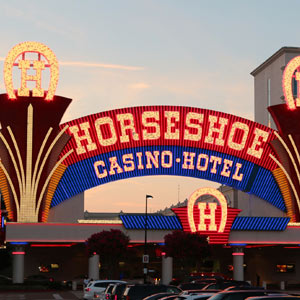 Some believe the King’s 1972 performance at the Las Vegas Hilton began the process of redefining what was once a vice—a trip to “Sin City”—to a respectable evening of entertainment. Las Vegas added convention hotels, and what was once seedy slowly became mainstream. Other fading cities, most notably, Atlantic City, New Jersey, took note. Our country’s state governments, wishing to raise money but not taxes, approved and then operated lotteries.

Today, more than half of all adults say they play the lottery and more than a quarter regularly visit casinos. Those of us who enjoy watching professional football games on television are now subjected to numerous commercials encouraging us to visit gambling websites to test our “skills.” Gambling is now as American as “apple pie and the girl next door.”

And what of Mississippi, now two decades after gambling was legalized?

Some say the casinos have helped reduce poverty, others say, no, not so fast. Revenues that approached $3 billion in 2007 have now fallen to near $2 billion. The promised prosperity for all helped a few local people, but certainly not all. According to the Washington Post, of the hundreds of millions of dollars that Tunica, Mississippi earned from gambling between 1993 and 2015, just a sliver—about 2.5 percent—was used on social programs to help the poor.

My last business trip to Mississippi occurred in 1995, a few years after gambling had been legalized. After a brief business meeting, I took Al Weeks to lunch.

“Why are you here, Al?” He and his wife Donna had left prosperous and cultured Minneapolis, for this interesting but poverty stricken land?

“Donna asks me the same question. Some days, I wonder, too. I know you are a religious person so maybe my answer will make sense. I feel like I have been called by God to serve the people of this community, that’s why I’m here. Been here close to a year, but I don’t think I am making a damn bit of difference, to anyone.” A few years later, knowing I would be in nearby New Orleans, I called Al’s secretary, Ruby, to see if I might drop by for a visit.

“I am sorry Bill, but Al and Donna moved back to Minnesota.”

I mentioned to Ruby how much I enjoyed Al’s company and then recounted my last conversation with him. She paused. She was crying.

“Al touched more people than he will ever realize. He helped those people who could not read or write. He gave encouragement to those who felt helpless. And he meant more to me than I ever let on. When my only brother died, Al became my new brother. He listened and he cared. Every now and then I talk to him—he and Donna are back in Minnesota and doing well.”

“Please tell him I said hello,” I replied, and then hung up the phone. In the simmering heat of a Gulf Coast afternoon, one of my favorite journeys ended.