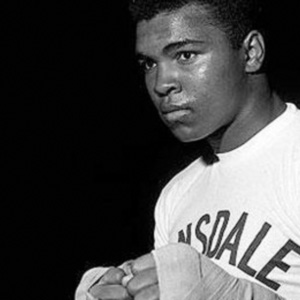 In 1967 and in the very prime of his career, Muhammad Ali (photo, left) was sentenced to serve a five year prison term for his refusal to sign up for the draft.  “I ain’t got nothing against the Viet Cong… they never called me nigger,” he famously said.

“You have given me a teacher in Thoreau, who furnished me through his essay on the “Duty of Civil Disobedience” scientific confirmation of what I was doing in South Africa.” — Mohandas Gandhi

Each year, our summer markers of Memorial Day and 4th of July are a great time to remember those who fought for our country. Perhaps no less deserving of our honor are those of us who fought a war of conscience in rejecting the idea of war itself—more so when it was one as questionable as the Vietnam War.

I did not sleep so well on that night in 1987 when Doug Kirkpatrick told me of his service in Vietnam. How could I? I could easily have been Doug. I could have been a member of his elite unit.

I had met Doug during our respective days with AT&T. He worked in New York City and provided national sales support to distant salespeople, like me. Needing assistance on a large opportunity, I traveled to meet with him and other members of his team. After we finished our discussions, he asked me if I’d like to join him for a drink or two, then dinner. I agreed. Our conversation turned to the Vietnam War. I learned that Doug had been drafted into the unpopular war, and despite personal misgivings, elected to serve his country.

“The Army handpicked a few of us to form this elite unit. In order to best approximate the conditions we would encounter in Vietnam, we trained in the jungles of Central America. The dozen or so men in my unit become like brothers to me. I learned their likes and dislikes, how they moved in the jungle. I could close my eyes, listen to the sounds, and know who was next to me. After six months of training, we were sent to Vietnam.

“We were good, so good that the North Vietnamese placed a huge bounty on our heads. One night, during what we thought would be a routine mission we were ambushed by an overwhelming number of enemy fighters. All of the men I had trained with for so many months died in the battle. When I got shot in the shoulder, I was sure that I was also going to die. But then, I decided that if I was going to die in the goddamn jungles of Vietnam, I was going to have the satisfaction of killing the bastard that shot me. It took me a nearly an hour of crawling on my stomach to reach the place where I could locate him. I took careful aim, hit him square, and then passed out. When I woke up I was in an army hospital.

“Instead of asking me to train with a new unit, the Army, recognizing the trauma I had been through, released me. I flew home just in time for Christmas.

“There were no parades or welcome back ceremonies. I had some buddies who, upon returning home in their uniform, got angry looks, like they were doing something wrong. I just thought it was right to serve my country, even though I questioned the war.”

In 1972, the year I entered college, the mess of a war was winding down. Unless it escalated, I would not be requested to serve.

I would never have to decide to choose between the sloppy mess of a war, or becoming a “draft dodger” and escaping to Canada, like tens of thousands of my peers.

I would not have to choose between the laws of the State, and Civil Disobedience.

The most celebrated case of American Civil Disobedience occurred on December 16th, 1773. Then, a group of Patriots, cleverly disguised as American Indians, made their way onto a British ship and tossed chests of tea into Boston Harbor. Unhappy with matters related to the tax on tea, they turned the harbor brown. 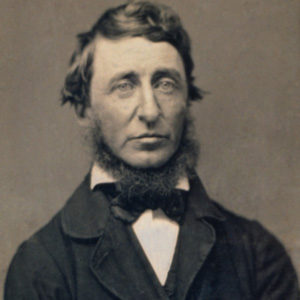 A more thoughtful discourse on Civil Disobedience occurred in July, 1846, the time when Henry David Thoreau went into his hometown of Concord, Massachusetts, to have a pair of shoes repaired. He was promptly arrested and put in jail for refusing to pay a poll tax. Unbeknownst to him, a friend then paid the tax, thus allowing Thoreau to leave the jail and return to his secluded life at Walden Pond. He had withdrawn from society for the purpose of discerning a higher truth, one greater than imperfect laws passed by imperfect men. His night in jail, along with two other influences—the government’s hesitancy to eliminate slavery and the government’s trumped up war with Mexico—led to his famous essay on Civil Disobedience, the one that would influence Gandhi and King.

“If the machine of government is of such a nature that it requires you to be the agent of injustice to another, then, I say, break the law.”

To be sure, Muhammad Ali dominated the boxing sport, but he was not invincible. On the evening of March 8th, 1971, he was soundly defeated by Smokin’ Joe Frazier in the “Fight of the Century.” On the night that Frazier landed a vicious hook that sent Muhammad Ali sprawling to the canvas in the fourteenth round, I was 17 years old. Like most of my friends, like most of the world, I wanted the glib Ali, who often bragged about his ability to “float like a butterfly and sting like a bee,” to defeat the less articulate Frazier. According to the 2009 documentary Thriller in Manila,

“If you were rooting for Ali you were black, liberal, or young, against Vietnam and for the Civil Rights movement. If you backed Joe Frazier you were a representative of white, conservative America.”

The accurate assessment was grossly unfair to Joe Frazier, a hard-working and decent man. He would have been a boxing hero in any other decade but he was up against Ali, an outspoken, charming, and sometimes cruel protagonist. They fought each other twice more after the Fight of the Century, with Ali winning both breathtakingly brutal contests.

But Sports Illustrated accorded Ali the honor for reasons outside his boxing ring accomplishments. In 1967 and in the very prime of his career, Muhammad Ali was sentenced to serve a five year prison term for his refusal to sign up for the draft. He never spent time in jail, but during the lengthy appeal process he was not allowed to fight. All of his championship titles were stripped and subsequently claimed by others.

“I ain’t got nothing against the Viet Cong…they never called me nigger,” he famously said.

In 1971, the United States Supreme Court overturned the lower court ruling, thus paving the way for Ali to resume his boxing career. The fight against Joe Frazier represented his attempt to regain his standing, to reaffirm his 1964 claim, “I am the greatest!”

It is not enough to “just” be a good person, Thoreau writes, adding that we are called by a “higher (spiritual) force” to take action against corrupt government.

Hoping to heal a nation, on January 21st, 1977, President Jimmy Carter pardoned nearly all of the tens of thousands of young men who had refused to fight in Vietnam.

There is no event in contemporary American history that was more divisive than the Vietnam War. Those who served were often treated with contempt upon their return home. Those who fled to Canada paid dearly for the Civil Disobedience, and not just in social “inconvenience.” Draft-dodging sons often drew the anger of their Greatest Generation dads, men who fought in World War II, men who believed that it was an honor and obligation to serve your country. It took at least a decade for the healing among the veterans, deserters, and dads, to begin.

I am sure that if I had been asked to serve in Vietnam, I would have enlisted. I was far too traditional in my values to have done otherwise. In this, the month we celebrate our Independence, all our veterans, thankfully, will be recognized in patriotic songs and speech. But there is another group of men who will not be mentioned who also paid a price, and I will think of them, too.