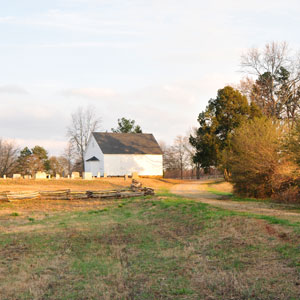 If we consider that the great Mughal Empire, a rule that began in 1525, is so well documented and understood by contemporary India, how can it be that most Americans know so little of the Native Americans, the original inhabitants of this land?

“We are now about to take our leave and kind farewell to our native land, the country that the Great Spirit gave our Fathers. We are on the eve of leaving that country that gave us birth...it is with sorrow we are forced by the white man to quit the scenes of our childhood... we bid farewell to it and all we hold dear.”
—Charles Hicks, Cherokee Vice Chief on the Trail of Tears, November 4, 1838


The shameful story of what happened to the “Indians,” a mistaken label given to the native people by Christopher Columbus, the person who “discovered” America in 1492, is mostly forgotten. I had forgotten it too, until a recent journey to Inman, South Carolina.

I had traveled to Inman to photograph a small community attempting to transition from a mill town—a place where a mostly homogenous people worked, played and prayed together—into a more diverse and dynamic one capable of attracting high-tech industry. There are many such places in the South.

I have lived in South Carolina for 25 years and have never heard of the Yemassee or the Yemassee Trail. I half-listened as Clarence shared additional history, for I couldn’t shake the feeling that this forgotten road is symbolic of the American Indian’s forgotten history.

As I approached Inman, I noticed a sign for an historic church. The road leading to the church wound gently through the hilly countryside of Spartanburg County. A final sign directed me to turn left off the pavement and onto a grassy road. There, several hundred yards ahead, perched on a sun-bathed meadow, sat the Shiloh Methodist Church. I stared, awed by the simple elegance of the small white-board church, the surrounding golden-brown fields, and the gray tombstones to the left of the church. The grassy road gently curved uphill and then veered to the right of the church.

I walked the land, read the single historical marker, took my photographs and was returning to my car when a man came out from a nearby building and gave me a friendly wave. We walked toward each other.

“Some place here,” I offered.

“Sure is,” he replied. “My name is Clarence Gibbs. Do you know much about the church?”

“I don’t. I saw the historical marker back on Highway 292 and that’s why I’m here. That graveyard really has my curiosity. Some of those markers go back to the 1700s, near the time of the Declaration of Independence. Do you know much about this place?”

“Know a little. Since you are interested in history, I’ll be happy to share the story of this church, but let me start by telling you about this grassy road.

“It was once part of a much larger Indian trail that stretched all the way from Florida to Ohio. This part, called the Yemassee Trail, was named after the Indian tribe that once lived in our state. This few hundred yards of grass road that we are looking at is the last unpaved section of this once great trail. The rest of it has been either paved or forgotten.”

I have lived in South Carolina for 25 years and have never heard of the Yemassee or the Yemassee Trail. I half-listened as Clarence shared additional history, for I couldn’t shake the feeling that this forgotten road is symbolic of the American Indian’s forgotten history. If we consider that the Great Mughal Empire, a rule that began in 1525, is so well documented and understood by contemporary India, how can it be, you might reasonably ask, that most Americans know so little of our Indians, or better, our First Nation people?

For starters, matters relating to Native American history were barely covered in our schools. As a young boy in Poughkeepsie, New York, sure, the nuns taught us about the great Indian tribes such as the Iroquois and the Sioux, but usually within the context of war allegiances with the European imperialists of the day (The British, Spaniards, French and Dutch).

A few self-serving white-washed stories were taught, such as the First Thanksgiving. Then, the “Puritans,” thankful for surviving their first winter and recognizing that without the help of the Indians their entire party might have died, gave thanks to Providence. They were so grateful, why even the Indians were invited to the feast.

Without the help of formal education or intentional study, what we learn is cultural and not historical. The difference can be significant.

When I was growing up, one of the common phrases of the day was “Indian giver,” a term applied to a person who asks for what they gave as a gift, back. It became a cultural synonym for “liar.” According to American Indian culture, however, if you gave a gift, you received a gift. Not understanding why the white man didn’t, in turn, offer a gift, the Indian would ask for his original gift back.

In the 1960s, “cowboys and Indians” was a popular backyard game. Everyone wanted to play the cowboys because the cowboys were always the winners, the cowboys had the guns, and the cowboys got to aim their guns at the Indians and pull their toy triggers while shouting, “You’re a dead Indian.”

The Indians were dead too, though they didn’t know that when the Europeans first arrived. Our First Nation people were often decimated by European diseases such as measles, alcoholism and greed. If forced to fight for their land, their weapons were inadequate. For good measure, they were duped by many treaties with the “Great White Father” (the president) and the United States government.

In one of the darkest moments in American history, President Andrew Jackson (1829-1837), and his successor, Martin Van Buren, ordered and enforced the abrupt and brutal removal of Indian tribes such as the Seminole, Creek, and Cherokee, from Florida, Georgia, and the Carolinas, to non-native lands in Oklahoma. At least 4000 Indians died in the 1830s’ migration, known as The Trail of Tears.

In December of 1987, President Reagan signed a bill that designated the Trail of Tears as a National Historic Trail.

Years ago, my former college roommate and I bicycled across the United States. Our route took us through much of northern Montana and some of North Dakota, both states with a large number of Indian reservations. As far back as Washington State, well-meaning people, when learning of our route, warned us about the dangers of traveling through Indian reservations.

“Go through in the mornings and you won’t have any troubles,” one said. “Don’t stop if you don’t have to.”

“Just mind your own business,” another offered. “Back in the late 1960s and 1970s, there was a lot of trouble on the reservations, including some shootings between the Indians and U.S. Armed Forces. It’s quieter, now, but life on at least some of those reservations is still pretty tough.”

Dave and I pedaled quickly and had no problems.

I have returned several times to Shiloh Methodist Church and the Yemassee Trail for no better or lesser reason than the enjoyment of standing at the veritable crossroads of so much American history.

So what is the legacy of the “Indians”? If we insert the adjective “cultural” before legacy, we have a few things to mention. Many sports teams, as an example, feature team names that draw from our Indian heritage. The Washington Redskins, Florida State Seminoles and the Atlanta Braves come quickly to mind. At the latter stadium, Braves fans even bellow Indian “war cries,” as they simulate a tomahawk chop with their arms, much like (presumably) attacking Indians once did. Quite a few of our political boundaries (cities, states, etc.), and waterways such as the Chattahoochee and Chattooga, carry the names of First Nation tribes.

But if we insert the adjective “historical” before legacy, our national list is short. All I know is that for a brief moment, on an unmarked country road overrun with scrubby weeds and forgotten history, near the small transitional mill town of Inman, South Carolina, I found a piece of the past, and I was glad.

Archaeology. Mar/Apr 2012, 65(2):53-58,64.
In "Letter From Tennessee: Return to the Trail of Tears," writer Marion Blackburn brings us word of excavations in the Cherokee National Forest. There, archaeologists from two universities and the U.S. Forest Service are uncovering evidence of both the trail itself and Fort Armistead, one of the many stops along the way for the 13,000 Cherokee who were forcibly relocated out of the Appalachians in 1838. The work is instrumental in keeping evidence of this chapter in United States history from being lost forever.