Home > Magazine > Features > Awareness: A Bhoova for Your Schizophrenia?

Awareness: A Bhoova for Your Schizophrenia? 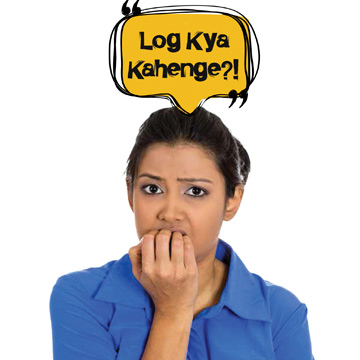 Fighting the stigma and superstition that hound mental illness.​

A particular South Asian woman in her early adult years begins to hear voices in her head. Her familydeclares she is possessed by a ghost, and looks for a “healer” to exorcise her.

Attitudes towards mental illness vary amongindividuals, families, ethnicities, and cultures. Mental illness is often stigmatized and perceived to be a source of shame. The month of May is Mental Health Awareness Month, an opportune time to address the stigma and superstition that come in the way of treating mental illness.

Most people, and particularly those from South Asian communities, are unaware of the magnitude of the problem. More than 13 million people in the U.S. live with serious mental illness, such as schizophrenia, major depression, or bipolar disorder. Every year, suicide claims the lives of 38,000 Americans. That’s more than car accidents, prostate cancer, or homicides. And about 90 percentof suicides are related to mental illness, according to the National Institute of Mental Health. According to the World Health Organization, a person loses his or her life every 40 seconds around the world, by the act of suicide.

The Asian community is not immune to this problem! According to the Centers for Disease Control and Prevention, suicide was the second-leading cause of death among children aged 12 to 17 years in 2010; among those, Asian individuals were four times more likely to commit suicide.

The proliferation of mental illness is alarming enough, but what makes it worse is society’s tendency to sweep it under the rug. According to the 2012National Survey on Drug Use and Health, nearly 40 percent of adults diagnosed with severe mental illness, suchas schizophrenia or bipolar disorder, received no treatment for their illness in the previous year. In fact, 60% of them did not receive treatment at all.

On this count of sweeping this grave issue under the rug, South Asians perhaps fare worse. According to the Office of Minority Health, only 0.2% of Asians receive any form of mental health services. This is something to think about, because Asians are the smallest group of people to receive services although Asians have the highest rate ofsuicide. These statistics very likely also reflect the case for South Asians in particular, who are not only asub-group in the aforementionedcitation, but also have similar issues of stigma against mental illness.

Failure to address mental illness does not make it go away, nor does it mean that it does not exist; it just means that we don’t talk about it—among many other things in our community, such as abuse, domestic violence, etc. Unfortunately, it does exist in ourcommunities, often silently, and sometimes with shocking consequences.

In the case of that young woman whose familyresorted to faith healers instead of seeing her problem for what it was—a sign of mental illness, her untreated condition got worse over time. Concerned about what people would say about her “possession,” and fearful that the ghost may change host, her family decided to send her back to India. In India, they found a bhoova (a faith healer) who began to perform long torturous“exorcism ceremonies.” Her hair was pulled, pepper smoke was blown in her eyes, and worse. The woman was isolated, locked, physically and emotionally abused. Six months after the exorcism ceremonies began, she committed suicide, probably due to torture and trauma, which likely worsened her mental illness. After her death, the family members made peace with the idea that the ghost took her soul.

Her family had searched high and low for bhoovas, perhaps out of concern, love, and hope to get herbetter—but if they had only diverted that energy in search of a mental health professional, I believe the outcome could have been much more positive or, at least, perhaps not fatal.

Even where there is no superstition, other concerns such as stigma prevent many South Asians fromseeking counseling. Many may be concerned about the cultural chasm between themselves and thecounselors. They can’t imagine that a counselor can understand their unique predicaments, much less treat them. Such concerns are not entirely valid, since many mental ailments are culture-neutral. That said,it can certainly help to have a cultural match whenseeking treatment. There are patterns of rituals, behaviors, and language that are best understood by acounselor who shares a common cultural background.

Regardless, any mental health professional can treat the illness while maintaining the individual’sdignity. Furthermore, professionals are obligated by law to maintain the person’s confidentiality; thiseliminates the fear that others will find out about their mental illness, and protects them from feeling shame. Professionals must also adhere to ethicalstandards which protect individuals from beingexposed to harm. Because interventions used areevidence based, between 70 and 90 percent of individuals with mental illness who receive professionaltreatment see a significant reduction of symptoms,and improved quality of life.

Mental health treatments are easily accessible. The only barrier to accessing these treatments is our own unwillingness to accept the fact that mental illness is as real as any medical illness and it deserves similar professional treatment. People go to great lengths for the wellbeing of their loved ones and self. My wish is that they would do the same in case of mental illness, and choose a path of healing that is full of respect,dignity, and positive results.

If you or someone you know threatens to or talks about hurting or killing themselves, feels hopeless, feels uncontrolled anger, feels emotionally trapped,engages in reckless behaviors, increases alcohol or drug use, isolates, talks to themselves, exhibits excessive fearfulness, exhibits extreme mood swings, sees no reason to live, or has a sudden change in behavior, that may indicate that help is needed.

The state of Georgia offers 24/7 help for thoseexperiencing a psychiatric emergency. You may call for yourself or on behalf of someone else. The GeorgiaCrisis Access Line (GCAL) is 1-800-715-4225, and the service will send a licensed mental health professional to the home with full confidentiality.