Home > Magazine > Features > Bajirao Mastani is well worth the making!

Bajirao Mastani is well worth the making! 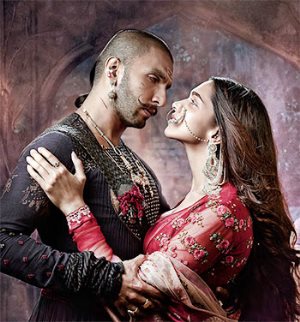 Review: This time Sanjay Leela Bhansali need not duck for rotten tomatoes but can beam for applause. SLB did not muck up: this movie tastefully reveals the grandeur of the Maratha court.The elegant courtyards bedecked with diyas, the unexpected waterfalls, and vivid rangolis are all appealing. The sets and costumes are reminiscent of Mughal-E-Azam.

Amazingly, even Ranveer (despite his macho image) has rendered a sensitive performance of this valiant Peshwa warrior. Ranveer plays the headstrong, intelligent, intuitive, brave, and emotional Brahmin warrior with sincerity. The Peshwa gained the confidence of Chhattrapati Shahu at the tender age of twenty and relentlessly fought forty-one battles to expand the Maratha Empire across 18th century India. Ranveer's versatile acting has gained the critics' confidence. Even his Marathi intonations are not obnoxious.

Destiny brings Bajirao to the brave and beautiful half-Muslim princess Mastani of Bundelkhand whom he marries despite the relentless opposition of his family. Deepika as Mastani fights one battle and then looks exquisite in her costumes and jewelry, but her performance is muted. 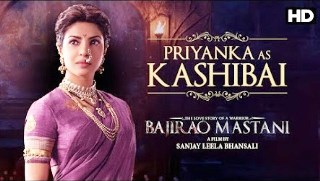 Priyanka, with her nine-yard saris, Benaresi shawls, Marathi pearl nose ring, three white flowers fluttering in her amboda (a braided hairstyle specific to Maharastrians), and carefree attitude, is appealing as Peshwin-bai. She does not overdo her role of sorrowful wife or jilted lover.

Certain shots—Bajirao leaping up an elephant, Kashi bai jumping into the mother-in-law’s lap at the news of her husband's victory—are memorable! Vaibbhav's performance as a spiteful Chimaji and Tanvi's role as a bitter Brahmin widow Ma Saheb will be remembered.