Home > Magazine > Features > Books: To Have and Not

Books: To Have and Not 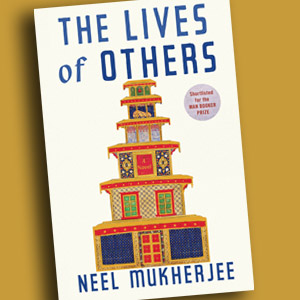 The Lives of Others is remarkably nuanced, notes POORNIMA APTE in her review of Neel Mukherjee’s novel, which was shortlisted for the 2014 Man Booker Prize. The plot doesn’t devolve into cliché thanks to Mukherjee’s accomplished writing, reminding one of Jhumpa Lahiri, who also touches on Maoist revolt in The Lowland.

The unequal distribution of wealth, the yawning gap between the haves and have-nots—these are societal constructs all over the world, but Indians know that the contrast is especially striking on the streets of the large urban centers in their country. It’s a difference that does not manifest itself merely in outward readily verifiable points of departure but is one that is woven into the society’s fabric for generations. It’s also something that Supratik Ghosh, the scion of a Kolkata industrial family, finds hard to bear. Labeling it an injustice, indeed one of society’s greatest ills, the young idealist, leaving home and college, decides to immerse himself in the rural Bengal countryside and try his hand at leveling the playing field even in some small measure.

In his sprawling yet pithy novel, Mukherjee spins the story outward and back in from one fundamental societal unit: the family. Echoing Marx in his philosophies, Supratik asks his mother, “Has the thought ever crossed your mind that the family is the primary unit of exploitation?” Even setting aside the larger political canvas for a moment, he seems to say, the family is the microcosm for the problems that plague society. The Ghoshes are a perfect example: the basis for their wealth has been a string of paper mills launched by the patriarch of the family, Prafullanath Ghosh. Through a set of expertly calculated decisions and good timing, the business has weathered many a storm over the years. Yet the seemingly stable foundations started to teeter in the late 50s and as the novel opens in the mid 1960s, the family business is already in decay, with loans and the disposal of jewelry keeping the facade from fraying. The irony is that the very affluent conditions that Supratik bemoans are part of a lifestyle that is already in decline.

The joint family, comprising Prafullanath and his wife Charubala, their three married sons and families, an unmarried daughter, Chaya, and Purba, the youngest son’s widow and her kids, together occupy a large house in south Calcutta. The widow Purba and her son and daughter are housed in a small storage room on the ground floor and survive on the most meager portions of rice and daal, and borrowed school supplies for the kids. The family servant, Madan, has served the Ghoshes for generations but is always reminded of his place parallel and apart from the higher caste people he works for.

Mukherjee narrates the story in alternate tones and voices: Supratik’s tale takes the form of letters he pens to an unnamed narrator (whose identity slowly becomes apparent toward the end). These alternate with third-person stories of the many characters in the Ghosh family. These chapters feel very much like one is watching the members interact through the means of an external telephoto lens: the reader is privy to the larger family dynamics at play, and learns about the various secrets and petty jealousies that will poison relationships long before the job is done. There are times when the endless machinations of the players feel trying and claustrophobic. The novel could definitely have used some editing, especially when Supratik’s soulsearching occasionally begins to wear the reader down. Yet there are some eloquent passages here—almost two entire pages are devoted to loving descriptions of the traditional Bengali shaat lahari haar (seven-stranded necklace)—that are worth the time and space.

Supratik’s gradual coming of age, as his zealous idealism gets slowly ground down, is remarkably well done. “One thought became steadily inescapable: we could only poke the government into a kind of low-grade irritability, but never scale that up to something life-changing, something that would bring the system crashing down. All this hurling of bombs, burning of trams, headlines in newspapers—to what avail? The condition of the people remained unchanged,” he points out. That a further involvement barely makes a dent in a system that’s been entrenched for years is a lesson in reality that Supratik must bear.

One of the many characters in this soulful novel raises a fundamental question about the function of the story in literature: “Should stories be about the familiar world or should they show us something new each time?” It is to Neel Mukherjee’s immense credit that he manages to do both. By training his empathetic lens on the lives of others, on one troubled yet human family, he takes something familiar and crafts it into something altogether new.

Poornima Apte is a Massachusetts-based reviewer of fiction and nonfiction.