Books: Where the Elephants Roam 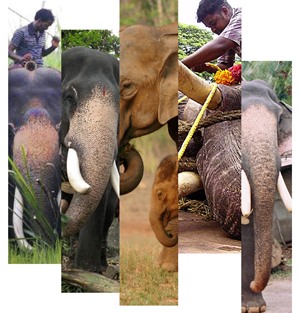 A filmmaker by training, Tania James—author of the novel Atlas of Unknowns and the story collection Aerogrammes—takes the reader, in her well-received new novel, to the world of pachyderms in the forests of Kerala. Reviewer POORNIMA APTE spoke to her.

Tania James’ latest novel, The Tusk That Did the Damage (Knopf), succeeds in fulfilling one of literature’s primary functions—to serve up the questions that might not have the most readily accessible answers. In the lush jungles of Kerala, as poachers view the elephant as an animal that can yield a valuable commodity to maintain their tenuous hold on the lower rungs of society, and farmers treat the raiding beasts as a hulking nuisance, there are conservationists who are determined to protect the elephant at all costs. Who is in the right here? Whose life is more valuable? To what lengths does one go to preserve favored outcomes? These piercing questions that James’ new novel rakes up are answered by a frustrated field veterinarian, Dr. Ravi Varma, at the very end of the nuanced story: “No one is a saint here,” he reminds the reader.

Indeed. No one here is a saint. Not the good doctor, who must seek the favors of a government official who might be making deals with a timber company out to decimate the very forests that the elephants need. Not the Divisional Range Officer, Samina Hakim, who must keep the various factions placated. Not Manu, the brother of a poacher, who has his own very complicated reasons to be drawn into the trade. Neither is Emma Lewis, a young filmmaker keen on capturing the drama on film, but who admits she saw India only through the narrow perspective of a camera lens. The messy cast of characters and their interactions are captured in chapters related through three perspectives: Manu; Emma Lewis, narrating her tale years on; and, in a neat touch of anthropomor- phism, a bull elephant, the Gravedigger, easily the scene-stealer of this complex and tightly rendered novel.

James has a pitch-perfect ear for the local language (“my foot was paining me”) and strews her story with small touches of authenticity (a local man shows off a “Solex” watch, for example) that gives Tusk its heft. Weaving a tightly edited tale that avoids preaching and passing judgment, she shows with devastating effect that when the moral high ground clashes with everyday realities, easy answers are hard to come by. 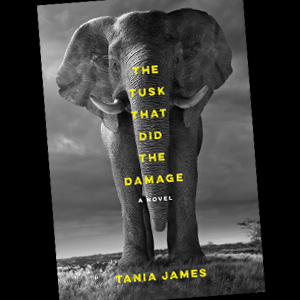 The overall theme of the story is about poaching. How much of the story is based on what you saw on the ground? How dire is the situation in India?
The novel is set in 2000 when poaching was more of an issue than it is now. Part of that is due to antipoaching efforts, sort of like the one I describe. The other major driver is the fact that many of the tuskers already have been poached so there’s not that many of them left. So the issues now are different from the ones 15 years ago but the things I saw on the ground are the things I witnessed at the Center for Wildlife Rehabilitation and Conservation, in Assam. I spent time with a vet doctor who is known locally for being really courageous and pioneering in terms of wildlife refuge. One weird thing that did happen to me that made its way into the book was a severe case of food poisoning.

Why did you pick the elephant as the anchor for your story? How iconic is it in the Kerala ethos?
You’re right, it’s iconic throughout India but especially so in Kerala. There’s something interesting about the elephants in Kerala (my parents are from Kerala) because they are so revered and that is sort of a blessing and a curse. The blessing is that the elephant can be treated as sacred so there’s kind of an aura around them but that can turn into possessiveness. Having many elephants for a temple is kind of a status thing. I am fascinated by the role they play in the culture, where the elephant can be so significant yet that same significance can also be detrimental. 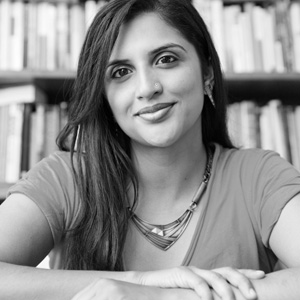 Have you visited India as a child? What are your memories from then?
I have gone since I was a baby every couple of years. My parents were from extremely small towns, essentially backwaters so I loved the small-town feel. These were idyllic, very removed places. Especially when you’re a young girl, you’re not allowed to roam around very much so it was a very mediated experience. Going there as an adult for research was very different. I have some facility with the language but I am a little shy; but when you’re alone you can’t afford to be shy to speak to farmers and poachers.

What would you say was the neatest thing you learned from the farmers or poachers? Was there any kind of revelation that stood out?
I learned so many facts and I can drop elephant factoids that my husband is sick of them by now. For example, I was talking to someone at the Wildlife Trust in India and saying, can you tell me more about ivory dealers. At first he didn’t kind of understand what I meant by detail but then he did mention this one thing, which I thought was so neat was that in these ivory workshops even the shavings are swiped into little bags and they are used for dry scalp or dandruff. That was the image I was looking for. I could see a young boy saving every little bit and I could see how precious this commodity is, so it’s just the little things like that that stand in for bigger ideas that surprised and fascinated me.

What is the common element that you would say binds all your stories? What do you look for in an idea that might be worth a big canvas on which to paint a novel?
That’s a tough question, and one that readers are better able to answer than I am. It’s sort of like being asked to describe my own face. I could mention my brown eyes or my black hair, but it’s a face I know too well to describe, if that makes sense. I know that readers have picked up on family bonds and sibling relationships, also on outsiders who live on the periphery of some social group or community, but to my mind, my stories are also about a great many other things—animal behavior, ghosts, wrestlers, and so on. I guess I prefer to hear what others have to say regarding the broader, unifying aspects of my work.

Are you able to describe your childhood growing up as an Indian-American kid in Kentucky? For example, I found your essay about participating in a spelling bee especially perceptive.
Thanks. I had a lovely, if relatively cloistered upbringing in the suburbs of Louisville, Kentucky. I say “relatively” because I’ve lived in cities since then where the youth seem far more street-wise than I ever was. We were active in our various overlapping spheres of Indian / Malayali communities, and I was grateful for that sense of belonging, being that everyone else we knew in Louisville was white. I remember a kind of restless energy that’s maybe endemic to ving in the suburbs, or maybe not. Maybe that’s just part of being young, waiting for adulthood to happen.