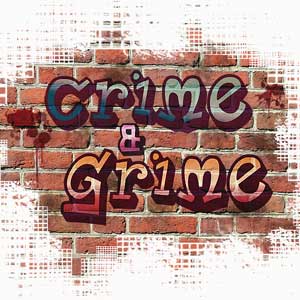 The Iron Bra, an e-book, has enough elements to appeal to Banker’s die-hard fans and might even be worth the easy download for the sake of a breezy read. For the rest, there’s always Tyrewala’s Mumbai Noir, which is available as a paperback and also on Kindle.

They came, famously, by sea. Right around the time that most Americans were assembling around their Thanksgiving tables, in November 2008, a slow-moving terrorist plot was unfolding all the way at the other end of the world. Coming in from the Arabian Sea, Pakistan-based terrorists opened fire in several locations in Mumbai. The attacks killed close to 150 people but the toll the attacks took on the public psyche was greater. For a city that famously survived many previous acts of terror, the sheer brazenness with which what is now often referred to as India’s 9/11 was executed shook Mumbaiites to the core. Yet days after the attacks, the image of Mumbai’s famous resilience took shape in the form of Leopold Cafe. This small cafe, which often catered to tourists in addition to locals, went right back to business sporting its war wounds—bullet holes in its glass windows. In Akashic Books’ latest collection of noir stories, Mumbai Noir, editor Altaf Tyrewala points out that such resilience could be mistaken for “a savage sort of indifference,” but Tyrewala argues that it is not. 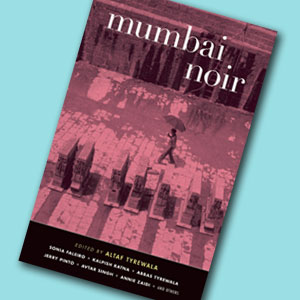 The same Leopold Cafe is the setting for one of 14 stories in the volume, in which tales related to communal violence and subsequent misunderstandings between Hindus and Muslims in the city form a healthy percentage of the collection. In the first such story, "Justice" by Riaz Mulla, the Muslim wife of a bomber sentenced to death meets the (Hindu) widow of one of the victims of the bombing. This story is unfortunately a little clichéd, with its neatly resolved ending. But there are tales better crafted in this subset called “Bomb-ay,” including Paromita Vohra’s "The Romantic Customer," where a young worker working in the Hai Five cybercafe in Andheri East tries to strike up a relationship with a local girl who is a regular visitor. This particular story also shines light on India’s forays into the tech-savvy world. Even the local “bhai” knows the future of his business lies not in the pirated DVDs he loans to customers but in the computers his cybercafe hosts.

While the term “noir” has been open to a variety of interpretations, arguably the best one comes from Otto Penzler, the famous editor of mystery fiction in New York City: “Noir works, whether films, novels, or short stories, are existential, pessimistic tales about people, including (or especially) protagonists who are seriously flawed or morally questionable. The tone is generally bleak or nihilistic, with characters whose greed, lust, jealousy, and alienation lead them into a downward spiral as their plans and schemes inevitably go awry…. The machinations of their relentless lust will cause them to lie, steal, cheat, and even kill as they become more and more entangled in a web from which they cannot possibly extricate themselves. And, while engaged in this hopeless quest, they will be double-crossed, betrayed and ultimately ruined.”

At first glance, many of the stories in Mumbai Noir don’t really seem to qualify as “noir,” but they just about do. Mumbai Noir is the second series set in India; the first one was set in Delhi. The stories in Mumbai Noir are set all over the city including in Mahim, Walkeshwar, and Lamington Road. A majority of the stories expose the dark, seedy underbelly of the city—the most obvious material for noir fiction. Where this volume particularly shines is when it uses locations and settings more familiar to the city’s middle-class citizens. For example, in "The Watchman" by Altaf Tyrewala, a building’s chowkidar (watchman) is convinced someone is going to die on his watch. His anxieties and the way the intensity builds up in the story are very well executed. The touches of humor in this story also work really well.

My favorite in the collection is "The Egg" by Namita Devidayal, which is set in Tirupati Towers, an all-vegetarian apartment complex in Walkeshwar. This story appeals because of the everyday familiarity of the situation and a protagonist who is utterly believable. It is also a wonderful example of true noir, realized with a shocking twist. 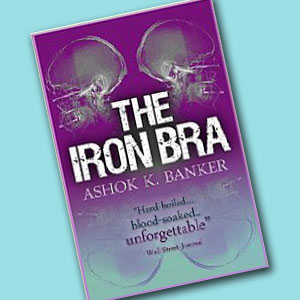 Also set in Mumbai is Ashok Banker’s e-book, The Iron Bra, which had an earlier incarnation as a paperback in India. Banker, a popular author, is known chiefly for his fast-paced reinterpretations of the ancient Hindu classics, the Ramayana and the Mahabharata. His fans point to the page-turning, fast-paced reads Banker creates for quick and easy consumption. In that sense, The Iron Bra doesn’t veer too much from Banker’s essential formula: cheap thrills delivered relentlessly on the page.

Perhaps the most interesting aspect of The Iron Bra (one assumes the title comes from the detective Sheila Ray’s wish that she had an iron bra that would hold up to men’s ugly advances) is its digital publication. As in the United States, digital publishing in India is growing by leaps and bounds and so is self-publishing. Incidentally The Iron Bra is classified as “Mumbai Noir” probably as a way of riding on the actual volume’s anticipated popularity. This book is not part of the Mumbai Noir collection even if it does have a fair number of noir elements in it.

The Iron Bra is clunky and poorly structured, riddled with grammatical and spelling mistakes. “In 1980s India, speaking English well or badly was a political statement,” Banker writes—one is not sure if the writing here too is some sort of a political statement. The book also suffers from plenty of gratuitous blood and gore: “The khukri swung down, striking her in the lower abdomen. Blood flew. God, so much blood. Great thick gouts like vomit from a drunk’s mouth. Splattering onto the shiny tiled floor.”

What’s worse, for all the talk about the lead character being a bold, liberated woman, the story reeks of misogynistic excess. It wouldn’t be too much of a reveal to say that there is a nasty scene towards the end where Sheila has all manners of torture executed on her. It’s enough to make even the most “iron” stomachs churn.