Books: Loss and Longing in Mumbai 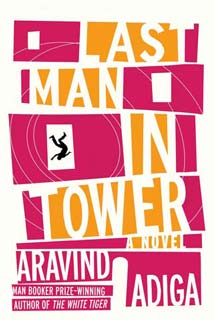 In Last Man in Tower, his follow-up to the Man Booker Prize-winning debut novel, The White Tiger, Aravind Adiga raises these important questions: At what point does ambition morph into avarice? How much is individuality prized in contemporary India, and at what cost to the community at large? It’s a compelling novel that deserves to be read widely.


A small-budget Bollywood film called Katha, starring Naseeruddin Shah and Deepti Naval and released nearly 30 years ago, remains the definitive depiction of the microcosm that is a Mumbai apartment complex. The everyday mechanics of the residents in play—their petty rivalries and jealousies, even loves—were brilliantly translated to the screen by director Sai Paranjape.

Booker-prize-winning author Aravind Adiga trains his focus on similar terrain to outstanding results. The “Last Man in Tower” is Yogesh “Masterji” Murthy, one of many residents in Tower A in Vishram Society, a middle-class apartment complex in the fictional suburb of Vakola, Mumbai. There’s Mrs. Puri, who tends to her almost grown son suffering from Down’s syndrome; Georgina Rego, a social worker who always compares her station in life to her upwardly mobile sister’s; the aging Pintos with Shelley slowly going blind; the inefficient secretary Arvind Kothari, and more.

Even if the tap water in the apartments comes only at appointed times during the day, and the building is in total disrepair, there is a certain communal harmony and comforting rhythm to the residents’ everyday lives. “The lives of the residents were slow and regular,” Adiga writes. “They had the security of titles and legal deeds that could not be revoked, and their aspirations were limited to a patient rise in life earned through universities and interviews in grey suit and tie.” All is well until greed worms its way into the picture. Dharmen Shah, a real estate developer, who is in love with the way (India’s arch rival) China ruthlessly conducts business, decides to build a luxury high-rise, appropriately named Shanghai, on the very spot where the Vishram Society towers are located. To sweeten the offer, Shah promises each resident the equivalent of $330,000, more than one crore rupees each. There is one condition, however: every resident must accept the offer for it to move forward. As can be expected, some jump at the offer readily, while others are more reluctant converts after wondering if Dharmen Shah, a slick and smooth-talking operator, can really be held to his word. Eventually there is one holdout left, Yogesh Murthy, aka “Masterji.”

Desperately holding on to memories of his deceased wife and daughter, trying to keep a weak relationship with his son alive, Masterji does not want to move. No matter what the neighbors say, he is determined to spend his last days at Vishram. As the neighbors see their only chance at a modicum of monetary success slip away from their hands, their actions become increasingly desperate and the novel, in turn, becomes increasingly dark. 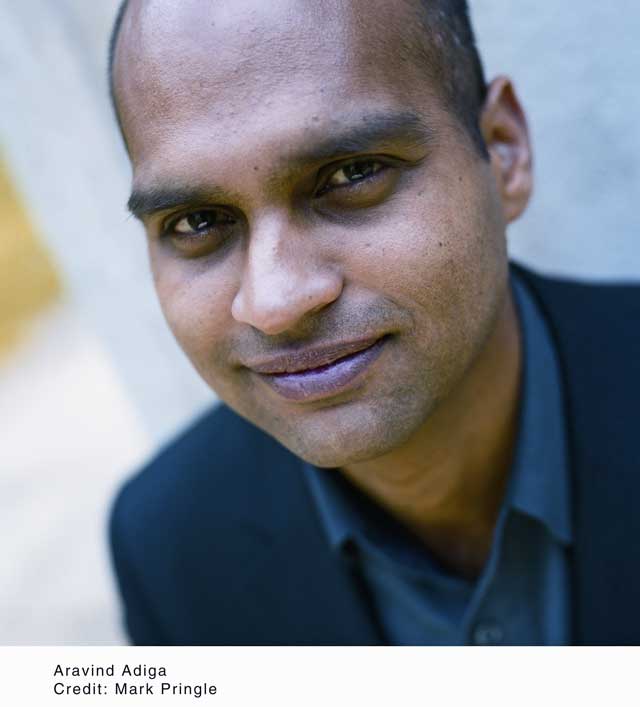 It is to Adiga’s credit that he paints his characters with moral complexities—they are not mere caricatures. Even the most diabolical of the complex’s residents develops a conscience. And even the supposedly virtuous Masterji might be guilty of narcissism and neglect. There are no easy answers here or ways out of the dilemmas that money brings.

Even if Dharmen Shah claims that life in the city can be freeing, the characters in Last Man in Tower prove him wrong. Caste and familial ties might not be as confining as in the village; yet they play an important role nevertheless.

For his part Dharmen Shah will remind the Indian reader of a Bollywood villain complete with a mistress named Rosie. Mona Darling, anyone? In the book a character complains that we as Indians are “a melodramatic people. It is all the films we watch.” But Adiga largely steers clear of melodrama. The book is instead incisive and nuanced. There are places in which the metaphors are stretched to breaking point: “The hypodermic needle of the outside world had bent at his epidermis and never penetrated,” but these examples are mercifully few and far between. Aravind Adiga might well be called the “angry young man” of contemporary Indian fiction. He wields his pen to good effect in highlighting the increasingly yawning inequalities between the rich and the poor in India. His wonderful White Tiger did so winningly, garnering the Man Booker Prize. Adiga’s voice in Last Man in
Tower is a little more restrained even if the novel gets darker as it progresses. Yet the central message—one of money being the ultimate corruptor—comes through loud and clear. The book will be especially sweet for Indian-Americans because of the added nostalgia. Each one of us knows at least one of the residents of Vishram Society and reading the book is a sweet trip down memory lane. Adiga does an excellent job at capturing the lingo just right. “I’ll on the air-conditioner, sir,” says a character in perfect local English. A sandwich maker’s sign in the book reads:
DO NOT ASK FOR CREDIT
DO NOT DISCUSS OUR COMPETITORS’ RATES
DO NOT ASK FOR FREE PLASTIC BAG
DO NOT ASK FOR EXTRA TOMATO SAUCE
DO NOT STAY FOR LONG TIME AFTER EATING Which one of us cannot read that sign and immediately be transported? For sure, Adiga’s new novel is an entertaining and pucca read. In other words, it’s total paisa vasool.

Editor Trevor Williams chose "Last Man in Tower" as his best book of 2014.
Book: Last Man in Tower
Author: Aravind Adiga (2012)
Review: Trevor Williams, editor of Global Atlanta
“Last Man in Tower captures the reality perfectly in a suspense-filled story showing how unbridled development threatens to disrupt cities' social fabric. ... Zoom out a bit, and this story has global implications. Poverty reduction in emerging markets is almost always tied to urbanization, setting the stage for ongoing cultural clashes. Think favelas in Brazil, ubiquitous slums in India, crackdowns on street vendors in African cities and land seizures by local governments in China.
As countries look back on their growth models at the end of this century, they may find themselves fabulously wealthy while wondering whether it was all worth the cost."
http://www.globalatlanta.com/article/27344/books-2014-mumbai-thriller-shows-perils-of-growing-too-fast/