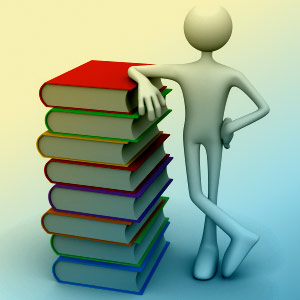 Most of our fiction seems to be about geo-political realities, and about caste, class, and family dynasties. Why aren’t we seeing more books that offer wider and more relevant perspectives of our lives here in the U.S.? Here’s an exploration of diasporic literature trends through a review of Peace, Inc., a recent novel that manages to defy all the “formulas” of this genre even while being quintessentially about the immigrant experience.

When most Indian friends of mine talk about literature at parties or cultural gatherings, they tend to bring up title after title of books about the motherland...and not much else. Our conversation seems destined to operate under two unofficial assumptions: 1) being culturally educated as an Indian-American means being up on the latest fiction and non-fiction by Indian writers; 2) stories with obvious desi themes are the only ones worth reading.

These assumptions, while limiting and false for most people who consider themselves to be voracious readers,have taken root primarily because the publication of our stories is still controlled by the politics of representation. Simply put, publishers would have us believe that stories about class and caste politics are the only ones that are worthwhile, and that the Golden Temple and Ganesh are at the core of what it means to be Indian today.

This is why I was excited to read Vijay Balakrishnan’s recent novel, Peace Inc. (Peacock House, 2011), which is an example of one of those books whose title Indian-Americans would not be able to roll off their tongues as quickly as they could say The White Tiger, but which in its own way is an inherently modern story of our life as immigrants.

Peace Inc. destabilizes the notion of Indian-American identity in general and challenges the themes that have become formulaic to our fiction about America over time. The hero of Peace Inc. is Bob (no last name), and his story is that of a struggling New York City artist who, in the weeks after the attacks of September 11, thinks up  a clever way of marketing “peace” through a website.

Romance and betrayal lie at the center of the tale, but Bob’s involvement in an emotional and at times violent love triangle is symbolic of his spiritual quest to come to terms with who he is and what the meaning of his life will be. His journey is parallel to America’s post-911 moment of self-questioning and loss of innocence.

Balakrishnan’s novel is unconventional in its use of a comedic tone. This is not for a lack of tragedy in Bob’s life. We learn early in the story that he has survived a violent past in his unnamed homeland that threatens once more to come to the surface.

Bob is unlike the heroes one finds in most Indian novels; he never identifies his country of origin. The closest we come is when his new girlfriend, her own cultural background an amalgam of European and Indian descent, confesses that she has “always thought” of Bob as Kashmiri.

The novel is layered with complex and nuanced depictions of identity, making the story a readable blend of parables and philosophies about the interconnectedness of self and other. Late in the story, Bob faces a revelation about himself, and his thoughts about the openness of his being are some examples of the tale’s Hindu and Buddhist precepts:

“My spirit rises slowly above and sees him walking underneath, bewildered, lost. Threads of light connect me to his body and mind, and yet I can see him clearly, objectively.”

Bob is committed to living in the moment, but he has protected himself from it. The present terrifies him, even more than past or future. The present is a holy terror.

Strange as he may seem, Bob feels familiar to us, particularly if we see him as representative of real immigration patterns over the past twenty plus years, which have brought to American shores people who are younger, single, more urban, well traveled, and less tied to ideas of tradition in terms of Indian culture and identity. In fact, most of us know so many people like Bob it makes me wonder why we continue to indulge in clichéd themes. Why, for example, must Indian fiction by diaspora writers always take place on the  subcontinent? Why must it always involve the struggles of families and dynastic inheritances of secret shame, the devastation due to endemic poverty, or the traumatic vestiges of a violent past?

While these stories are representative of our collective experiences, they are not the only ones. They do not, for the most part, apply to our post-immigration lives in the first world. They linger and haunt us, as some of Bob’s memories haunt him. But in the present, our stories are also about coming of age as adults, knowing fellow Americans who hail from all over the world and relating to them despite of and because of our own heritage, finding comedy while being marginalized, and understanding better than most what it means to have multiple perspectives and philosophies. This is what makes up the Indian-American story, and it is Bob’s in Peace Inc. as well.

The truth is that Indian-American literature about life in America seems less commercially viable today than Indian fiction about graver geo-political realities. The latter, of course, has given us rich artistry in prose. Consider the examples of Rohinton Mistry, Amitav Ghosh, and Salman Rushdie. In Mistry’s widely read A Fine Balance, a rich use of vernacular, the historical based explication of corruption within one Indian administration, and the rotating perspectives of the main characters take the Novel, as a form, in new directions. With Ghosh’s sweeping, multigenerational and transnational epic, The Glass Palace, readers witness how Bangladesh, Burma, Malaysia, and Singapore are involved together in the less known economic realities of the Second World War’s impact on South Asia. Salman Rushdie’s novels achieve a peerless balance between artistry and political criticism while giving us the stories of heroes whose struggles are at once singular and relevant to entire nations.

As for Indian writers with American backgrounds like Balakrishnan’s, Tony D’Souza’s The Konkans (2008), though not a comedy, also offers readers a self-inventing and dreamer immigrant hero, and sets him as a foil to his more conventional brother, whose only goal is to achieve material success in the New World. Other such examples of post-immigration and post-migration narratives are rare, especially if we limit the list to tales that do not go back to the motherland, or are tied specifically to the U.S.

The novels discussed above seem more political and thereby more serious to us because their stories mine historical periods for plot. The artistic innovations within the prose of writers like Mistry and Rushdie are undeniable.

However, the concern is when political fiction takes center stage in our collective consciousness; it then becomes potentially stagnating. The success of overtly political fiction is necessary for the advent of a certain type of global consciousness. But its ascent within American and Western readership comes at the expense of other possibilities of thinking about Indian-American identity, which then prohibits readers from getting the bigger picture about us, a picture having to do with our lives after our arrival to our new worlds. This stalemate within Indian-American fictional representation partially informed Balakrishnan’s decision to self-publish Peace Inc. through Create Space (which is owned by Amazon).

Which brings me to my main point: readers both Indian-American and non need to read books like Peace, Inc. to have more expanded and complex perspectives on the modern immigrant experience. This fiction has for the most part been created by writers and artists who have always felt themselves to be on the fringe and in the margins of society, whether for reasons of nationality, religion, caste, biculturalism, sexual orientation, gender, or other challenges their identities pose to what is accepted in society as tradition with a capital “T.”

In the context of our lives as immigrants in the U.S., we now have decades of unexplored sediment that might unearth new stories. And yet, this richness of experience has yet to fill our bookshelves. If market forces within the publishing industry have limited our exposure to the fullness of the Indian-American and NRI experience, the responsibility lies with us as readers to demand and discuss other types of stories. The main challenge to this is getting our hands on them.

--
Reshmi Hebbar has taught literature in colleges across Atlanta and now writes Sweet Om America, a web-fiction series about Indian Americans through Youtube at www.sweetomamerica.com.