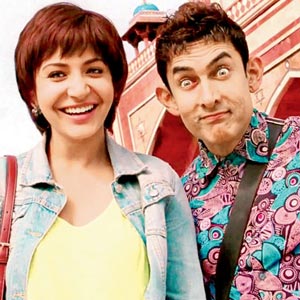 For Bollywood, the decade that just ended has been unsual. It was all about change. The dominant Khans took a backseat even as relatively untested actors became household names. There’s never been a better time for strong women’s roles. Audiences accustomed to slick city folks and picture-perfect locales are now fascinated with small-town India, warts and all. Above all, strong scripts telling unconventional stories have become popular.

It wasn’t all award-winning material at the movies this past decade. True, there were some glorious performances, not only from lead actors but from character actors as well. Filmmakers and actors took on some risks; stories about menstrual taboos, erectile dysfunction, and male pattern baldness were told quite convincingly. Narratives that challenged the system were bravely attempted, considering the existing political climate in India. Female actors took on meatier roles and more of a center stage. But let’s face it—the Housefull franchise lives and breathes, and crass material about vigilante cops and misogynistic lovers are still the big draws at the box office. Remixed hits from the 80s and some bad ones from the 90s are still popular. And Netflix, Amazon, and other OTT (Over the Top, direct to viewer) platforms have thrown their hats into the ring as well. All said and done, the allure of big screen Bollywood hasn’t faded yet. Here’s the best of the best (in my opinion) from the past decade and what we can look forward to in 2020.

Scripts trump stars
When was the last time the words “big budget” or “magnum opus” meant anything significant to the Bollywood movie lover? When did the last Khan film generate excitement? Sure, Salman and Aamir have managed to sustain their stardom through the years, but in recent times, “King Khan” Shah Rukh has had more misses than hits. It ain’t the same anymore. “The biggest shift for me has been the slow but steady slide of the Khan trio—Aamir, Shah Rukh, and Salman—from being sure-shot box-office wonders to a point where they are working as hard as any other actor in the lower rungs to fill a house. Each one has been trying to stay on top the way he knows best. Aamir with his embracing of middle age characters, buoyed by issue-based films which he has been known for; Salman doing more of the same (Dabangg 3); Shah Rukh reaching out to a top director, Aashiq, from Kerala to see if he can revive a decidedly droopy career curve he’s going through right now,” says Shubhra Gupta, film critic with The Indian Express and author of 50 Films That Changed Bollywood, 1995-2015.

Films headlined by the new kid on the block, Kartik Aaryan, and the new superstars, Ranbir Kapoor, Ranveer Singh, Tiger Shroff, Ayushmann Khurrana, Rajkummar Rao, Vicky Kaushal, and Varun Dhawan have been creating more buzz than all three Khans put together. From the old guard, Hrithik Roshan managed to sputter back to life with War and Super 30 in the latter part of 2019, but it’s mostly been scripts over stars for at least the tail end of the decade.

The rumblings began in 2010 when films like Dibakar Banerjee’s Love, Sex aur Dhokha and Maneesh Sharma’s Band Baaja Baaraat, with lesser known actors, were as talked about as the biggies, Salman Khan’s Dabangg and Shah Rukh Khan’s My Name is Khan. The former two films also introduced two powerful talents to the Hindi film industry: Rajkummar Rao and Ranveer Singh. Between them, Rao and Singh then went on to do some of the most popular and critically acclaimed films of the decade, that include Stree, Bareilly Ki Barfi, Newton, Gully Boy, Lootera, and Padmaavat to name a few.

Women lead the way
Remember 2011? This was the year when female actors headlined major projects like No One Killed Jessica (Rani Mukherjee), 7 Khoon Maaf (Priyanka Chopra Jonas), Tanu Weds Manu (Kangana Ranaut), and The Dirty Picture (Vidya Balan). Since then, more scripts have emerged with author-backed roles for the female lead.

In the thriller Kahaani (2012), Vidya Balan played a pregnant woman in search of her missing husband. The film not only shone the spotlight on Kolkata as the new go-to destination for movie making, but also cemented Balan’s reputation as the “female Khan,” having come off two woman-centric hits in Ishqiya and The Dirty Picture. After a rough patch at the box office, Balan managed to come back strong with Kahaani 2 (2016), Tumhari Sulu (2017), and Mission Mangal (2019).

Another actress who knew a thing or two about being a superstar in male-dominated Bollywood was Sridevi. Her stand-out role in Gauri Shinde’s English Vinglish (2012) as a small-time entrepreneur who makes lip-smacking Indian snacks, but is ridiculed by her husband for her lack of English-speaking skills, resonated widely with the immigrant community and had critics from all over the world praising Sridevi’s earnest performance. That the film was a blockbuster in India and overseas opened up avenues for young female talent, both in the acting and direction departments.

Small towns, big ideas
Bollywood ventured into the interiors of Indian towns and villages, exploring some ambitious storylines ranging from laugh-a-minute love stories like Bareilly Ki Barfi to the uber cinematic Sonchiriya, a gritty tale of dacoits on the run. Set in the parched Chambal valley of Madhya Pradesh, the film also used the Bundeli dialect throughout the film, a first for Hindi cinema. While Anurag Kashyap’s two-part mafia saga, Gangs of Wasseypur drew comparisons with Francis Ford Coppola’s Godfather trilogy from international critics, back home, films rooted in the heartland of India drew huge crowds to the theatres for their unique take on characters and themes. Set in Haridwar, Dum Laga Ke Haisha, for instance, busted many stereotypes when it took on the romance between a man burdened by his insecurities and a spunky, “healthy” (read “overweight”) woman as they navigate an unconventional marriage. Other films based in small-town India include Neeraj Ghaywan’s moving Masaan, set in Varanasi, Raanjhanaa starring Sonam Kapoor and Dhanush, also set in Varanasi, Newton, set in Chhattisgarh, and the delectable horror fable, Tumbbad, set in the village of Tumbbad in Maharashtra.

In no particular order of excellence, here’s what stood out this past decade in terms of scripts, performances, and generally a good time at the movies: