Home > Magazine > Features > Donald Trump is our President. How did this Happen?

Donald Trump is our President. How did this Happen? 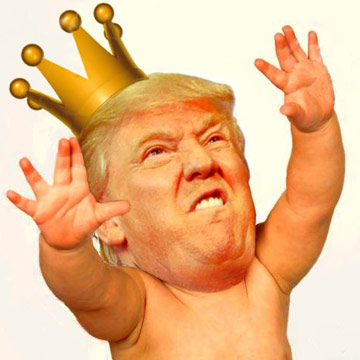 The flight attendant pours the red wine until it nearly touches the rim. My fellow first class passengers are napping, reading books, or watching movies, but I cannot quiet my mind. I look out the window and see nothing but the night sky, a dark land, and one vexing question: how is it possible that one of the most offensive and ill-equipped candidates in American history was elected president?

I went to bed early on that election night knowing what the news networks seemed reluctant to say: Donald Trump would be moving into the one-time home of Abraham Lincoln, Franklin Roosevelt, and Ronald Reagan. For months after, pundits in the major media centers in Washington, D.C., and New York City struggled with how best to explain the mindsets of those who voted for Trump. David Brooks, the admirable columnist for the New York Times, admitted such when he wrote that one of his goals in 2018 was to get to know the America rarely visited by the elite.

Well, David, that is not my problem.

As a business owner, I talk to “real people” every day. Some are peers. Some are employees. Some are customers. Some are vendors. Some have college degrees. Some do not. Additionally, my photography interests have taken me to dying mill villages, devastated farms and fields, and absolute human hopelessness.

The pundits sit in their luxury boxes and write what they see on the distant field. I am on that field, and even if my views are imperfect, they are clearer than those with the binoculars. But enough preamble, here are my humble thoughts on why and how Donald Trump got elected. Oh wait, I am writing about a very different president. “Take 2!”

What I have created is really good. Trust me on this. You are going to love it. It is unbelievably good. It’s a new acronym that explains—everything!

When I have introduced this acronym to my mostly middle-aged white friends of both political persuasions, they have howled, told me it is the funniest damn thing they have heard in years—doesn’t matter whether they are politically liberal or conservative.

Why is this acronym so funny?

On its own merits, it is clever. But my acronym does not generate laughter because it is slapstick humor. People laugh because in a split second they recognize its subtle, deeper meanings.

Consider, for a moment, an RWG as similar to one of India’s primary castes: there are certain values and beliefs at the higher classification that connects its subcastes.

An RWG is an older American who remembers when the country was united in the common belief that our land has been uniquely blessed, that through hard work we can all be successful, that through the fruits of my labors my children will benefit even more than I. We were united in such beliefs. Now our country has descended into tribalism, my group against yours.

In America’s not so distant past, there was no need for an RWG classification; therein lies the bittersweet nature of the acronym. We RWGs, once America’s only caste, have become so marginalized as to require the protection of “letters,” no different than, say, the LGBTQ or BLM (black lives matter) communities.

The first subcaste that voted for Trump in disproportionate numbers is the angry-RWG. This one is easy to explain.

Into the 1970s, a hardworking steelworker in Pittsburgh or a school teacher in Tulsa or a restaurant manager in Modesto made good enough money to send their kids to a decent college, just like a mid-level manager at IBM. But due to automation, globalization, and the failures of the nation’s politicians to listen to its ordinary citizens, America’s middle class felt betrayed.

Sometimes it helps to exaggerate to make a point and I will do it here.

Donald Trump is president, today, because his raw and direct message of “bringing jobs back to America” resonated to a subcaste that had been promised many things for many decades by the Democratic Party, only to see it focus on…transgender bathrooms. The blue-collar workers of the Midwest cannot find work, cannot afford medicine, have no hope, and the national discussion swirls around potties?

Two other subcastes that voted for Donald Trump had one thing in common: the ability to excuse, rationalize, or simply ignore the man’s numerous shortcomings.

Oh, let me be more blunt.

Those businesspeople, who view life through an economic prism only, will always vote for the candidate, in this case, Donald Trump, who promises lower tax rates, fewer regulations, and pro-growth fiscal and monetary policies. This is a sizeable and powerful subcaste. As a business owner, I am very much attracted to such things, too, but not at the expense of sending to the White House a man who brags about groping women.

Would Jesus Christ have voted for Donald Trump?

How is it, then, that another subcaste, evangelical- RWGs, voted for such a profane man?

Well, they pulled a collective Joe Hardy; that is what I think.

My reference is to the lead character in the 1950s Broadway play, Damn Yankees. Hardy, tired that his baseball team, the Washington Senators, always loses to the New York Yankees, sells his soul to the devil in exchange for his team’s success. If I am right, the devil is working overtime because a record 81% of evangelicals voted for Trump, a huge number when we consider that Pew Research pegs the size of this group at 26% of our electorate.

Yet, maybe I am being too harsh. According to a University of Chicago Divinity School poll, Christian evangelicals did not necessarily vote for Trump for his more restrictive views on abortion, anti-Muslim overtones, or to fill upcoming Supreme Court seats with more conservative judges. Instead, “improving the economy” and “national security” were the top two reasons the evangelicals voted for Trump.

Maybe that polling data is true and representative, maybe not. As a person with religious sensibilities, I cannot reconcile the teachings of Christ with border walls, the export of immigrant families, the incessant boastings of worldly wealth—the president’s lack of compassion.

One more RWG subcaste is worth noting. Some number of racists and white supremacists voted for Trump. Also, some who voted for Trump did so because they did not wish to have a female president. Yet, I take comfort. After all, we elected a black president in 2008 and again in 2012. We have come a long way since the social movements of the 1960s.

My wine glass is empty. The Atlanta airport nears. “Would you like another?” the flight attendant asks. I think about it, but say no. I put my laptop away and stare out the window at Atlanta’s bright lights.

If all I watched was the nightly news and believed the talking heads, I would think our country was falling apart and on the verge of revolution. Last week, I happened to hear one television pundit opine, “These are the most divisive times in American history.”

That isn’t just wrong, it is stupid.

What about the Civil War when millions of Americans killed each other?

What about the 1960s when angry blacks burned blocks of our largest cities in protest?

What about the era when gays could not come out of the closet, let alone marry?

Donald Trump has exponentially increased the tribalism that began with the identity politics of the 1970s. Me against you, and us against them—such views are more closely aligned with cavemen than a civil and democratic society. But that is not my view.

The America I know is not hopelessly divided. We are angry, but the anger is directed at a government that feels so distant from our needs. Trump won the election by tapping into this anger across the subcastes I have mentioned.

I say goodbye to the friendly flight attendant and make my way to Concourse A. I stop and look at the glorious diversity of men and women of every color and persuasion, including my fellow RWGs. Bill, do you tire of travel, those who know me sometimes ask?

No, I find it refreshing.

This is my America, and I am more confident in our country and people when I travel its roads.