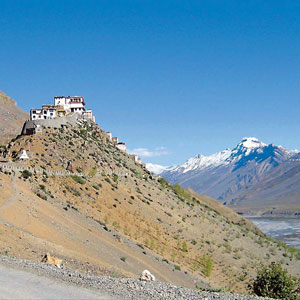 The crest of the pass is marked by a mani wall, made of rounded flat stones on which the Tibetan Buddhist mantra “ Om mani padme hum” is engraved. The wall surrounds the shrine and is covered in snow. The colorful Buddhist flags at the shrine dedicated to Geypan, the presiding deity, are the only things that break the white snowy expanse. According to legend, cash offerings made by true believers stick to the stone image of the deity, signifying the acceptance of the offering.

The author is a noted documentary filmmaker, media consultant and journalist.