Education: Do Ivy League colleges have a double standard stacked against Asian students? 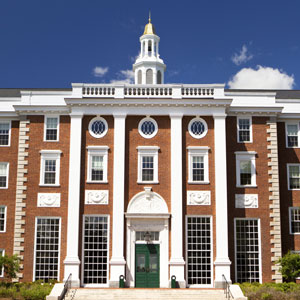 There’s mounting anger among Asian communities in the U.S. that many qualified Asian students get rejected by top American universities in their attempt to ‘sculpt’ the class with race and gender percentage in mind.

In May, when coding whiz Pooja Chandrashekhar, the daughter of two Virginia-based engineers, aced the admissions test and got into 14 U.S. schools—including all eight Ivies—and was deciding between Harvard and Stanford, her brilliance made headlines in India, but was treated with moderation in the American media.

Chandrashekar is now bound for Harvard to study courses geared towards medicine and bioengineering. She has a 4.57 grade-point average, scored 2390 out of 2400 on the SAT, aced all 13 of her Advance Placement exams and developed a mobile app that tests speech patterns to predict if a person has Parkinson’s disease. She is also the CEO and founder of a nonprofit ProjectCSGIRLS, which spurs girls to participate in STEM programs—all this before her 18th birthday.

Chandrashekar is part of a triumphal Indian American narrative. But are brilliant Asian overachievers beginning to face a barrier in the upper echelons of the American educational system? Asian American success is generally seen as a testament to the American Dream. Still, is there an undercurrent of panic about Asian Americans collectively dominating in elite high schools and universities?

“Nowadays nobody on an admissions committee would dare use the term racial ‘quotas,’ but racial stereotyping is alive and well,” Sara Harberson, a former Ivy League admissions dean writes in the Los Angeles Times. “And although colleges would never admit students based on ‘quotas,’ they fearlessly will ‘sculpt’ the class with race and gender percentages in mind.”

“Has holistic admissions become a guise for allowing cultural and even racial biases to dictate the admissions process? To some degree, yes,” states Haberson.

If the American college application system was built solely around test scores and grades, what you would get is a classroom of overwhelmingly similar high test scorers. But many elite colleges use “holistic admission” standards, which allow a college to factor in a student’s background, extracurricular involvement, skills diversity, letters of recommendation, and many other criteria.

Unfortunately, race can fall into one of the “many other criteria” and in some cases, the consideration of race will work against Asian students.

“There’s an expectation that Asian Americans will be the highest test scorers and at the top of their class; anything less can become an easy reason for a denial. Yet even when Asian American students meet this high threshold, they may be destined for the wait list or outright denial because they don’t stand out among the other high-achieving Asian students. The most exceptional academic applicants may be seen as the least unique, and so admissions officers are rarely moved to fight for them,” says Harberson.

She points out that holistic admissions can allow for “a gray zone of bias at elite institutions” working against Asian Americans.

Asians score highest in GMAT
There has been a burst of sharp analysis in the press that lays bare some plain facts: Indian and Chinese students, of American or indigenous origin, fare better in entrance exams, especially for business schools. The gap between Indian, Chinese, and U.S. students on the math portion of the GMAT has widened. Last year the mean raw score for students in the Asian-Pacific region on that section was 45, above the global mean of 38 and the U.S. mean of 33, according to GMAC data.

“That’s causing a big problem for America’s prospective MBAs,” reports The Wall Street Journal. “Asia-Pacific students have shown a mastery of the quantitative portion of the four-part GMAT. That has skewed mean test scores upward, and vexed U.S. students, whose results are looking increasingly poor in comparison. In response, admissions officers at U.S. schools are seeking new ways of measurement, to make US students look better.”

“Asian Americans are rarely children of alumni at the Ivies. There aren’t as many recruited athletes coming from the Asian American applicant pool. Nor are they typically earmarked as “actual” or “potential” donors. They simply don’t have long-standing connections to these institutions,” says Haberson.

In contrast, students with tags may be “recruited athletes, children of alumni, children of donors or potential donors, or students who are connected to the well connected.”

Asian Americans file complaint
Harberson’s strong comments come in the middle of a heated controversy about the use of race in elite college admissions. A coalition of over 64 Chinese, Indian, Korean, and Pakistani organizations have filed a complaint against Harvard University with the U.S. Education Department for “systemic and continuous discrimination” against Asian Americans who are held to a higher standard compared to other students apply-ing for admission at elite universities.

Still, there appears to be subtle injustice at work against Asian American students. To get into elitist and exclusive Harvard, they need SAT scores that are about 140 points higher than those of their white peers. The lawsuit filed in May on behalf of Asian applicants offers strong evidence that Harvard University engages in racial “balancing.”

Clearly, elite institutions like Harvard use “holistic” criteria as a way to apply different standards to different applicant groups—e.g., play down objective test scores for Asians, play up subjective recommendation letters for blacks and Hispanics.

The 50-page complaint accuses Harvard and other elite institutions of holding Asians to far higher standards than other applicants, a practice used to limit the number of Jewish students at Ivy League schools in the first half of the 20th century.

The complaint urges the government to ask Harvard to “cease and desist from using stereotypes, racial biases, and other discriminatory means in evaluating Asian-American applicants during its admission process.”

Uttara Choudhury is a contributing writer at Forbes India, an editor (North America) at Firstpost.com, and a consulting editor at BrainGain Magazine.