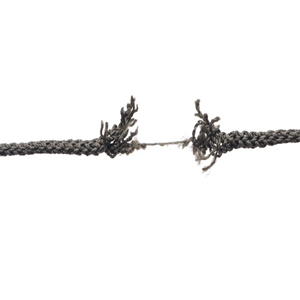 The steamy heat tendrils wrap around my throat and pummel at my head. I am still, suspended in the short gaps between my stilted breaths.

Outside the snow is falling, and the dim light kisses each snowflake, making it sparkle for a fleeting, timeless moment before extinguishing it. It seems paradoxically surreal—the serenity of this instant, the intense cold outside, and the throbbing fire inside me.

The heat waves between us make you sway as I stare into your sandy, yellow eyes. Flecked with bronze and brown, they carry the colors of a lizard and the infinite expanse of the desert. I recall smooth, flawless sand dunes—each undulating form so familiar to my memory, yet so distant from my reality today, two decades after the time when I was a young girl. Your eyes also remind me of the Middle Eastern heat, and the exfoliating, coarse breeze right before a sandstorm. The smell of dust and sand that stays in my nostrils. I am made from that same dust now, crumbling, on edge.

I recognize that almost camouflaged cord on the side of your face. It is the same scar, aged now. I know you. I remember you. But I am nothing to you.

It was early one morning almost two decades ago when I had woken to the heat, the sheets on the bed tangled like spaghetti around my bare legs. I thought I had felt an earthquake.

But then every tremor reminded me of the Loma Prieta that I had experienced as a freshman studying architecture at Berkeley. I waited for its successor and it came silently, like an inevitable shadow, a low rumble, a vibration, with sounds frozen in the air.

I sat up in bed and listened. In the darkness outside, flashes of light in the sky, like a fireworks display, forced their way in through the sheer curtains hanging like a hijab on the windows. Everything then reminded me of California—of earthquakes, and July Fourths.

The blue light of the television outside shimmered and bounced off the corridor walls, zigzagging like a serpent towards my room. I walked down the corridor into the dark living room where my parents were huddled around the TV, intense expressions of shock and disbelief on their electric white faces, as if sitting closer to the TV screen would change the reality before their eyes. The screen replicated the flashes in the sky—translating with words and images the language of the event unfolding around us.

In the morning, our quiet street was populated by Iraqi military as they paraded up and down, seemingly continuing the pomp of the fireworks display the night before. We momentarily forgot what had happened as we went about our humdrum routines of the weekend. Then a flash of uniform through the curtains would remind us of the invasion—an abrupt assault into our lives that we believed would surely blow over in a day or two when the world woke up to it and reacted.

The soldiers came to our door with sun-constricted pupils and asked for batteries and water, and squinted and peered beyond our shapes towards the dark and cool innards of the house behind us, envious of the air-conditioned temperatures within and returning with reluctance to the blazing heat outside in early August. Once, they asked for our radio. They, too, were trying to understand what they were doing there. They were respectful, trying to be kind to us, as kind as they could be in this terrible situation. We were all trying to keep up civilized pretenses.

The world aligned with Kuwait. Every day, the news reported yet another country speaking out against Iraq, offering Kuwait military help. Boycotts and embargoes were flung around, shifting in permutations around Iraq, which was always at the center. Our daily vocabulary changed. We were using words that we had only read about in history lessons.

During that time, India was silent. It was incomprehensible. We felt disappointed, angry, abandon- ed, forgotten.

Money, that animal we seldom talked about, seldom needed to worry about, now lifted its heavy head from sleep and stared at us. There was no way to avoid looking at it. We had very little cash and that too was fast depleting. Suddenly, prices of things were realized, and compared against what we had at hand. Even though we were prosperous, we had no access to the black figures on our carefully filed bank statements. The bank was an empty, desolate building where no one came to work anymore. The ATM machine had already been vandalized, one of the few visible and petty signs of disorder in the country.

We weighed and balanced, compared and contrasted—this item being more precious than that, what we really need, and what we could do without. We sold some electronics at a thriving black market in Kuwait City and raised funds for our air tickets out of Baghdad, Iraq, the only airport accessible to us now. Aside from India, Jordan, too, had taken a neutral, nonreactive stand against Iraq. As a result, there was some air travel allowed between Baghdad and Jordan’s capital Amman, which subsequently became a gateway to the rest of the world.

I could only start to understand the long view a country must take before it takes a stand, makes a decision. It is so easy to speak out, to condemn and shun; so much harder to remain silent, to think and weigh each consequence. Silence does not always mean consent. Silence buys you time to think. Some silences may well save people.

Over the next month, we understood India’s silence. It was to keep the Indian population in Kuwait safe. Later we would learn that India had been quietly negotiating a way to keep them unharmed, as she prepared to launch an official rescue to airlift them directly out of Kuwait.

The mind is a clever place—it is in the knowing of what has happened that affects the experience. The drive to Iraq two weeks later was like any road trip we might have previously planned for and undertaken—to see a new country, to explore the Babylonian ruins, to see the ziggurats that I had read about in my architecture history class—had it not been for the hard facts that we now knew: that Iraq had invaded Kuwait; that only the Iraq-Kuwait border was open for free travel; that we did not need a visa since it was all one country now; that flying out of annexed-Kuwait was no longer an option; and that we were now prisoners in an area larger than just Kuwait. That choices that we had the day before had inexplicably vanished, like a desert mirage. We kept driving, looking at Iraq now with new eyes, a novel attitude. It was more developed than Kuwait, but the bland desert was the same. For a brief part of the journey, the crisp, hard blade of the horizon where the Arabian Gulf met the sky on our right contrasted with the organic, soft curves of desert sand on our left. The grandeur of the mammoth bodies of sand continued across miles, across borders, unbroken.

Political borders became irrelevant to us. A border is a taut string, tense and poised in the tug-of-war between two countries, on the brink of snapping. Just pinch it off the page with your pincer grasp, and throw it away. That was the reality of the border between Kuwait and Iraq now. There, and now gone. The sun indefatigably beat down on our car and competed with the noisy blast of the air conditioning inside.

The white noise was soothing, a futile effort to manage the hundred and ten degree heat. Nine hours and several checkpoints later, we were in Baghdad. It was a bustling city, energetic, frenetic. There were no signs there of the historic upheaval just next door that had been forced upon our lives. Stepping outside, walking to the airport entrance, we were stung by the flying sand, a million particles pricking us at the same time, and a million more coming, like miniature darts falling from the sky. My lips became dry and chapped in an instant, but I didn’t dare moisten them for relief in case the sand in the air entered my open mouth and stuck to my lips and tongue. We squinted to prevent the sand from entering our eyes. At the airport, we bought four one-way air tickets from Baghdad to Amman. Our journey out was to be in three weeks, the earliest date available. We spent a night at a hotel in Baghdad, parting with our cash with frugal hesitation. I remember our dinner that evening. How easy it was to forget the big picture over a simple meal. How easy it was to live in the moment, the present, the now.

The drive back to Kuwait the next day was desolate. Towards the evening, it seemed that night was falling early, despite long summertime days. It was as if Kuwait was experiencing a massive power outage, and street lights, freeway signs, indeed all lights were unexpectedly turned off with a big switch. Click. We drove on, surprised and scared. There was not another pair of headlights on the freeway, nothing to illuminate the streets around us but beams from our own car. The sparkling jewel-like lane reflectors merged into one another and made bright ribbons on either side of our moving car. We crossed the border and had been driving in Kuwait for over an hour when a pair of headlights appeared in our rearview mirror. Our terrified eyes swept from the short stretch of headlight-illuminated road before us to repeatedly making eye contact with the twin headlights in our rearview mirror. When we changed lanes, the car behind changed lanes, too. We drove on, too scared to stop, not understanding why there were no other cars, no other lights, no feeling of safety. Finally, after an hour of tailgate-torture, the car changed lanes, accelerated and stopped in front of us, blocking our lane. We stopped as well and waited, scared for our lives, and worried that we were to be hurt, bruised, left alive in some state, or left for dead, unwitnessed in this remote desert.

You, in full uniform, opened your door and stepped out with a long silhouette that could only have been a rifle. You turned to face our car, as if on stage in the spotlight. Then you walked over to us. You knew where the driver sat, but continued walking to the back of the car and opened my door. Your rifle entered first and then your head appeared in the open doorway of the car. Triggered by the door, the dim light of the interior shone on your face and every hair of your mustache. A long purple scar from the corner of your left eye down your cheek looked like the edge of a mask that you might take off any time. To reveal what?

A kinder situation? And those eyes. My sister, then sixteen, and I, nineteen, shrank back.

“Do you know it is curfew right now?” You appeared to address my father in the driver’s seat, without breaking your gaze from my face. Your d’s and t’s were soft, as spoken in Arabic.

Then you slammed the door closed and beckoned to us to go. You got in your car, and followed us for another hour to our town, and when you saw us stop at the entry checkpoint, you drove away.

You spared us. We lived.

Tanvi Chawla Buch is a licensed architect and playwright. She loves reading, hiking, watercolor, Bikram yoga, and all things Bollywood. Her first play “Admission” received a staged reading in the Bay Area in June 2015.