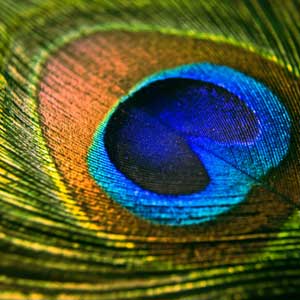 She was humming a slow song under her breath and picking out what color to wear for the evening when her maid came to her gasping for breath after running through the halls. She was mumbling incoherently till Bhanumati made her sit down and drink a glass of water. All Bhanu could comprehend for the first few minutes were “Panchali...sabha…the king,” and then the maid burst into tears. It took a while for her to piece together the whole story. Her eyes stung with tears even before her maid had finished telling her the whole story. She pressed her fingers hard on her eyebrows and told her maid to leave her alone.

How could she believe something this preposterous?
Her husband and his brothers had disrobed and insulted a woman in front of the entire sabha?

The maid had been heartless with the details. She had been called to serve wine in the sabha and saw the whole thing. She shuddered when she described the maniacal laughter of Dusshasana’s as he pulled Draupadi by her hair into the sabha, the valiant Karna egging him on, the mild Yudhishtra with silent tears running down his face, the mighty Bhima with his body heaving with rage, the handsome Arjuna unable to look at anyone but his brother in disbelief, the majestic Draupadi with her beauty disheveled and the most painful of all the images she described—her husband in the middle of all this, not raising a finger to stop this madness, displaying his bare thigh and asking Draupadi to sit on it. Bhanu’s very heart stopped when she heard how Bhima, with his eyes red with fury, had vowed to break that very thigh one day and kill her husband.

She stared at the dull glow from the gemstones on the edge of her bed and counted them for the hundredth time, somewhere secretly hoping that this mindless exercise would make her forget what she had just heard. Everyone had always said she was the strong one. Bhanu can handle anything, they said, after all, wasn’t she the mighty queen whom Duryodhana cared most about? She wondered how they would react when they saw her now, quaking with an emotion she could not quite identify, biting hard on her lips to stop the tears and hands clenched tight.

From her first days in the palace as a young bride, she had been very particular about being dressed well to receive her husband every evening. It was something her mother had taught her just after she got married. Her room would be well lit with the tiny lamps placed all around, incensed with the light hint of camphor, his preferred scent, and a dice game set up for him and her to spend the evening as they discussed the happenings in the palace.

Today, she had refused to let anyone enter her room to clean or to help her with her hair. She sat in a corner and watched the black shadows of the palace walls inch closer and closer to her till her room was completely dark. She heard Duryodhana’s powerful voice booming below asking if the queen was unwell and why there were no lights in her room. She could physically sense a current of restlessness from the other side as he made his way to her chamber. The heavy door creaked as he pushed the door open slowly and waited for his eyes to adjust till he found her curled up in the corner.

It took him less than a minute to realize what was wrong—partly because her behavior was so unusual and partly because his own conscience prickled with guilt.

“Did you hear about what happened today at the sabha?” began Duryodhana with a hint of defiance in his voice. To Bhanu, he sounded more like a petulant child who was trying to avoid a scolding from his mother. Her face was as still as a smooth rock betraying nothing. She kept playing almost distractedly with the pearls on her neck while a million thoughts whirled in her head.

Should she ask for an explanation?
Where would she begin?
And could he really make her understand with just words?

He placed his hand very slowly on the crook of her elbow and she was sharply reminded of the first time he had held her in the very same way. She had been a shy bride, terrified of the mighty Duryodhana and wondering how she was going to ever get over her fear of the man next to her. He had looked at her quizzically and then burst out laughing saying, “Really, my dear, I am not as bad as they make me out to be.” They had just spoken the whole night and it was then that she discovered their mutual love for the game of dice and they had sat up playing all night. By dawn, she was laughing and teasing him for being such a sore loser wondering how she could have ever been intimidated by him.

It had always been his personality that drew Bhanu most towards him. He was almost obsessively protective of the people he cherished in his life. When he wanted something, he was so focused that people couldn’t help being inspired to follow him. And when he loved, he loved with a ferocity that was almost as intense as his dislike for his enemies. Bhanu had never been naive enough to not know how the world saw Duryodhana but she had always been content with the Duryodhana only she and a few others had the privilege of knowing.

But today when she really thought about what she felt, more than the incident itself, she was more upset that he had given the world another chance to make him out to be a man she knew he truly wasn’t.

“It was Karna who began the madness,” he began slowly. She turned to look at him sharply with a spark in her eyes that was all too familiar to him. Almost instinctively, he sat up in the bed with his knees against his broad shoulders and said slowly, “And I didn’t do anything to stop him or Dusshasana. You should have seen it, Bhanu, the humiliation in their faces and their helplessness. I can’t even begin telling you how many years I have waited to wipe those righteous smirks off their faces. You know how they treated us in Indraprastha....” She turned, startled, to see how hate had transformed his face. It was grotesque to look at.

Suddenly, a thought seemed to strike him and his face cleared. “Is this really because of what I did today or, more importantly, is it because it is Panchali?” He knew he had said the wrong thing the minute the words were out of his mouth. She stood up tall and for an instant he thought she would strike him across the face. “You think I am jealous? Me, who was ready to welcome Subadhra as a sister once you married her? I had even planted jasmine creepers in the palace because that was her favorite flower. Do you know me at all?”

He slowly moved to the window away from her almost as if it was too painful to even look at her. “Have you ever felt like you are being completely consumed by hate? Physically feel your stomach bubbling with venom and determining each of your precise actions in this world? Have you had your grandfather choose his favorite grandchild and look at you differently? Have you grown up with an uncle who told your father that he never got the throne because he was blind and now you never will either? You may think I fight a selfish cause, Bhanu, but I fight as much for my father as I do for myself. A man denied the throne because of his disability. Reduced to a mere regent. It was all right then for them to decide who was fit to be king and it isn’t all right for me or my father to wish the same now?”

Her own emotions surprised her. She became aware that her anger had subsided and had slowly crossed into the gray shadows of pity. Almost as if by magic, a few images flitted across her mind’s eye. She saw him as a child, brooding in a corner, seeing the Pitama playing with Bhima on his lap. His uncle Vidura telling his mother how he was born into evil omens and should be killed immediately. Panchali laughing at him in Indraprastha when he tripped. The images blurred as quickly as they had come to her.

She was almost shocked to see herself identifying with and almost justifying her husband’s gruesome behavior. She saw her old Duryodhana once again. The one who, without a thought for power or kingdom, crowned an unknown boy as the king of Anga just because he was insulted because of his birth. The king whose subjects adored him. The artful warrior with the mace who was Balarama’s favorite student. The brother whom his siblings would willingly follow into death. The husband who attempted to pacify her even though he knew he didn’t really have to.

She continued to cry softly but now she realized the rage was no longer there. It was for what had made him such a man, capable of such hate, for their fate over which neither of them would ever have any control, from helplessness that she could never completely erase his painful memories, and with fear for what the future held for them. She moved closer and held him tight.

He whispered softly, “I know I made a mistake today, Bhanu. I feel like a vile animal for what we did to another man’s wife in there but I truly do not regret making them feel helpless and miserable. Even now nothing has changed, Bhanu. They gambled their wife away as a wager and yet everyone will still see them as victims, I know it. I am yet to understand my actions completely myself but I only feel vindicated at some level.”

She looked into his eyes. “At what price, my lord?” “Well, my love, we’re yet to see what history will make of me.”

Architha Subramaniam grew up in India with a stubborn habit of refusing to eat unless a new story was told to her and falling more in love with the grand epics each day. She holds a master’s degree in human resources from India and currently works in the United States. She is currently working on a set of stories with the theme of ‘Mute Voices’ to address the never-before-heard voices/perspectives from the established epics of India.