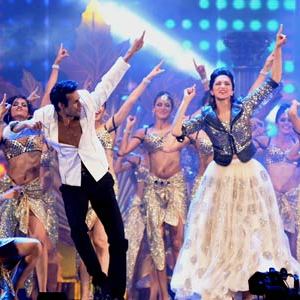 In the aftermath of what seemed like a cultural tsunami over his town, STEVE PERSALL, movie critic and reporter with the Tampa Bay Times, offers his perspective on the 4-day extravaganza that was the IIFA Awards, and on the industry it represents.

True, embarrassing confession: Last July, when the International Indian Film Academy (IIFA) announced plans to bring its awards revelry to Tampa Bay, was the first time I ever dined in an Indian restaurant.

Soon I was watching a borrowed DVD of the Oscar nominated epic Lagaan, and paying overdue attention to the unique cinematic style, even after nearly 21 years as a movie critic.

If you had asked me about any Indian film stars besides Anil Kapoor, I would’ve been stumped (thanks, Slumdog Millionaire). And I wasn’t alone. IIFA selected an unlikely locale for its entry into the United States. Tampa Bay is a sprawling community with nearly 30,000 people of Indian origin among its 4.5 million residents. Compared to the city’s Cuban and Italian heritage, its Indian subculture, though vibrant, is still inconspicuous. There are exceptions, such as the forays made by deep-pocketed philanthropists like Drs. Kiran and Pallavi Patel. Whereas Toronto spent $12 million in 2011 to attract IIFA, it was the financial support of the Patels that sealed it for Tampa Bay.

“The spirit has always been here,” said Aakash Patel, speaking of the Indian presence in town. Patel, founder and president of Elevate, Inc. a business development consulting firm, added, “It’s just that the mainstream media, frankly, never picked up on it.”

Guilty as charged. But there were rewards rather than punishment, in store. Over the months before IIFA arrived, the media outlets in Tampa Bay traced any lead possible to define and illuminate India’s community presence—the temples, traditions, and businesses blended into a crammed landscape. Names were put to faces, contributions to the community were highlighted. India is here. It always was, but it took an IIFA event to highlight it. 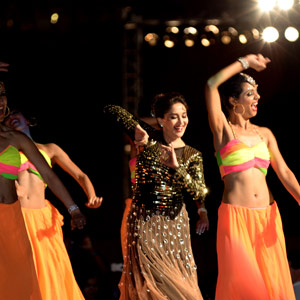 The evergreen Madhuri Dixit teaching the audience how to count with her number 1 blockbuster “Ek Do Teen” song from Tezaab.  (Photo: Atin Majumdar, Atin’s Photography)

My favorite discovery was a gentleman named Mahesh Patel, who brought Bollywood to Tampa Bay long before IIFA came to town. We spent hours talking about his life and his decades of hosting a weekly AM radio show playing Hindi songs. In the 1980s he arranged screenings of the newest movies from Mumbai and concerts with stars like Anil Kapoor and Madhuri Dixit-Nene throughout Florida. Now, his daughter Roshni carries on that tradition as co-founder of UrbanAsian.com, a leading proponent of Indian celebrity news, coordinating the site from their Tampa home.

The more I learned about such cultural treasures hiding in plain sight, the more I wished the movies making them relevant were easier to appreciate. This industry’s paisa vasool spirit is both a blessing and a curse, a desire to be all things cinematic at once while not doing many to Hollywood standards. The energy and sincerity of the genre is unquestioned, with beautiful people delivering somewhat overstated and underwritten performances, jarring to Western moviegoers raised on Method subtlety and surprising plots. The running times are an issue for the tastes and lifestyle pace of many Americans. Subtitles are toxic at box offices. IIFA’s ballyhooed goal of pure Bollywood becoming as successful in the U.S. as anywhere else appears unreachable. Despite John Travolta’s Tampa comment about possibly starring in Shekhar Kapur’s Paani, the professional exchange would mostly be one-way, west to Hollywood. 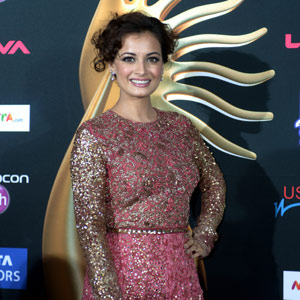 On the other hand, the drop-dead glamor displayed on IIFA’s green carpets doesn’t require subtitles. Musical whimsy is also something Western cinema should revive.

IIFA’s other goal was to build economic bridges. It’s too soon to measure the networking impact of the awards weekend’s Global Business Forum, where international CEOs shared ideas and perhaps deals. Aakash Patel has personally seen a difference in Tampa Bay’s business climate, being recently appointed to chair a key chamber of commerce function. On ledgers, Tampa and Hillsborough County can expect millions in economic impact from IIFA’s visit, according to current estimates.

The third, undeniably successful pledge IIFA offered was to paint Tampa with the colors and sounds of India’s exuberance, the pride and practices culled from the traditions of its tinsel town. While some details of IIFA’s package were oversold, the tourism impact and the sensory explosion was unprecedented.

“People definitely were exposed to the culture,” said Shephali J. Rele, associate editor of Khaas Baat, a Tampa-based Indian community newspaper. “If they were curious, if something sparked an interest, the culture was presented in a way to spark that curiosity even further.”

From the kickoff, open-air dance party—IIFA Stomp—to 3 am fireworks over Raymond James Stadium on closing night, the four-day spectacle drew a proudly tight-knit Indian community as expected, plus an impressively multicultural mix. Tampa mayor Bob Buckhorn, an affable Democrat, realizing the benefit of crossing over after hosting the 2012 Republican National Convention, was “amazed” at the public response after spending three hours at Stomp. “To see (an estimated) 8,000 people having a good time—and to know that probably 30 to 40 percent of them were not Indian—tells me that Tampa really embraced this,” he said. “They were excited about it, curious about it, they showed up for it.”

What impressed more than the stars and fashion were the fans, throngs straining to see their idols, shouting in Hindi, at times packed six, seven deep for hours behind green carpet barricades in springtime heat, without a single reported arrest or even rude incident. I’ve covered five Academy Awards but these scenes were astonishing, the most civilly adoring clumps of humanity imaginable.

There were problems, of course, the most obvious one seeming to be avoidable. IIFA’s visit also taught me about “Indian Standard Time,” as Mahesh Patel and others call it, a knack for not hurrying that’s alien to rat-racing Americans. Starting times were fantasies, ending times whenever. When a show’s co-host—a case in point being Vir Das—hits the green carpet 45 minutes after the event’s announced start time, that’s a problem, for fans and newspaper deadlines. 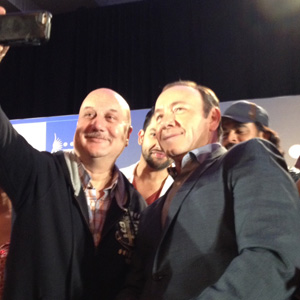 However, the inspirations for a writer—Anupam Kher’s fascinating acting workshop, Kevin Spacey’s lovefest, that gaudy, unwieldy, awards show finale—far outweighed any inconvenience. And so will Tampa Bay’s eventual jackpot that will come after the show is edited into deceptively brisk TV entertainment, premiering June 22 on the premium pay channel Star India, reaching what IIFA claims is 800 million viewers worldwide. Even if that number is more sizzle than steak, in showmanship terms, the global awareness made possible by the telecast, encores, and online sharing understandably leaves the local tourism industry panting. 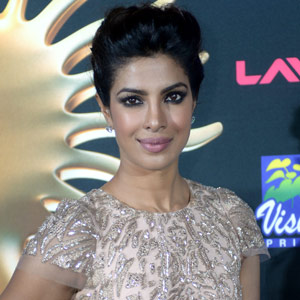 Personally, there are benefits of the cultural crash course that IIFA’s invasion encouraged and provided for non-Indians like me, a communal legacy that’s guaranteed. Small but not insignificant steps, leading to better understanding and appreciation of neighbors deserving and ready to return such courtesy. I found a nice Indian market selling Indian film DVDs cheap, in the same strip mall as the boutique where I bought a kurta for hosting a school fundraiser with a ‘Wonders of India’ theme. It’s a compliment when anyone says I look Indian while wearing it. I now know the difference between vindaloo and tikka, Deepika Padukone and Priyanka Chopra, and savor them all—and I’m not alone.

The sizzling on-screen pair of Ranveer Singh and Deepika Padukone on stage, as the latter receives the Best Actress Award from the former. (Photo: Atin Majumdar, Atin’s Photography)