Flash Fiction: A Rather Serious Matter 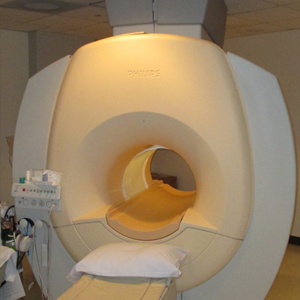 Dr. Kalpesh Mishra, the Chief Medical Officer of the Mumbai Metropolitan Hospital, a government-run hospital, finds himself at the receiving end of a police inquiry because of an unfortunate accident on the premises. A patient had strolled into the MRI department, cell phone in hand, and the sheer magnetic force of the MRI machine had sucked in the patient, and the cell phone in his hand had exploded, disfiguring him and blinding him for life.

Worried that the police would frame charges of criminal negligence against him and that he would be indicted, Dr. Mishra phoned a politician who was known to him.

The politician heard him out and then said, “Don’t worry, Doctor. I will speak to the police commissioner and tell him that you are my friend. Nothing will happen to you. Not while I am in this chair.”

Then just as Dr. Mishra begins to thank him, the politician says: “Arrey, you can also do me a small favor, Doctor. You know my older son, Vinay? He is very fond of soccer; he plays for his college. Now just this morning he called to say he has twisted his knee. It is swollen, and he can barely walk. I want him to see you after college and get some X-rays taken. At least we will know what the damage is.”

And Dr. Mishra says, “Of course, sir, by all means. What time will Vinay come? I will inform the radiology department and keep an orthopedic at hand, so we can start the treatment right away.”

“Let me see,” said the politician. “His last class ends at 2:00 p.m., so you can expect him by three.” “I am afraid I won’t be available at that time,” replied Dr. Mishra unhappily. “Those presswallahs are coming to get my statement. And you know how they are. If they don’t find me here, they will publish anything. But don’t worry, sir. I will make all arrangements for your boy. He is like my own son, after all.”

On this happy note, the conversation ended, and Dr. Mishra made a few calls and set things up in a way that Vinay would get proper attention. At 3:00 p.m. sharp, the reporters arrived. They met with Dr. Mishra in his office and did not waste time getting down to business. Why was the patient alone? Why was he unaccompanied? Why was there no technician or security guard in the MRI department? Aren’t patients warned in advance of the risks of bringing metal objects into the room? Was there proper signage, in all three languages—Hindi, Marathi, and English—at the entrance to the MRI department?

Dr. Mishra fielded the questions expertly. Yes, every possible precaution had been taken. It was not as though the patient was illiterate; and the signage had visuals, too, spelling out the risks. How could the hospital be blamed if the patient had chosen to ignore that? It was like those guys who crossed the railway tracks and got hit by a passing train. Were the railways held responsible? Dr. Mishra felt proud of the way he was handling the reporters. And he realized that his confidence came from the fact that his politician-friend was taking care of the police inquiry.

Shortly after, he suggested to the reporters that they accompany him to the MRI department, where they could see for themselves the signage and take photographs, if necessary. But just as they were about to leave, his cell phone (which he had kept on silent) flashed.

It was the politician, and he was angry, really angry. “What to tell you, Mishra Sahib,” he said. “I am disappointed in you, very disappointed.” Then without waiting for Dr. Mishra to ask what was wrong, he said, “My boy came straight from college, and because he hadn’t eaten lunch, he decided to have something in your canteen. And then, after he had finished, they hand him a bill, and when he says he is your guest, they say that he still has to pay. When he tells them to call you, they say you are a big man and cannot be disturbed for something like this. Then they force him to pay, all the while shouting at him, humiliating him, calling him names. Let me tell you, Doctor. My son is a very proud and sensitive boy. We have brought him up in such a way that he doesn’t have to depend on anyone, and right now he is feeling very hurt and insulted. And that is not good, Mishra Sahib, not good at all. Not good for us, nor for your reputation.”

And Dr. Mishra forgets about the reporters in the room. Rising to his feet, he says, “I am sorry, sir, extremely sorry. I don’t know how this has happened. It is indeed terrible, unforgivable. Rest assured, I will speak to the person concerned and pull him up. I will sack him, if necessary.”

Hearing this, the reporters nod approvingly at each other. It was clear to them that Dr. Mishra was in the line of fire and that some heads would roll.

Murzban F. Shroff, a Mumbai-based writer, received the John Gilgun Fiction Award and has garnered six Pushcart Prize nominations. His fiction has appeared in over 65 literary journals in the U.S. and U.K. His story collection, Breathless in Bombay, was shortlisted for the Commonwealth Writers’ Prize. His novel, Waiting for Jonathan Koshy, was a finalist for the Horatio Nelson Fiction Prize. Shroff’s latest story collection, Third Eye Rising, was picked by Esquire magazine for its Best Books of 2021 list.