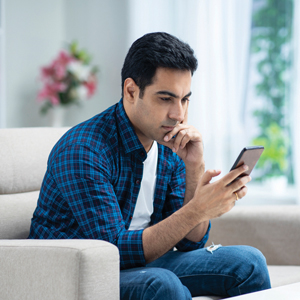 The email arrived just after his lunch break. Usually, he didn’t open personal mails during office hours. But when her name flashed on his mobile, he couldn’t resist. When did she learn to use email? As he tapped on the notification, he felt like a child inflating a balloon, joyful yet nervous.

He gulped hard and re-read the first line. He couldn’t finish the mail as tears clouded his vision. Terrified, he dabbed his eyes and looked around. Everyone around him was lost in their eyots of work. He left early, determined to prepare dinner.

Unlike the other days, the familiar fragrance of masalas didn’t soothe him.

“You are cooking Indian again?” his wife said, her eyes widening as she entered the kitchen. “The Calvinos are going to be mad.”

“Worth it,” he said, looking up from the tadka pan with a bleak smile.

“Oh, someone’s happy! Did the promotion come through?” She peered at the alluring paneer tikka waltzing around in the oven. They had been ordering in for quite some time, as the financial year was closing. On most nights, they ate directly out of take-out cartons.

After ten years of marriage, she can’t even say if I am happy or sad. A strange pain encircled his heart.

Should I tell her now or wait? His heart pounded against his rib cage. Maybe wait. She hated getting into a serious conversation without due process. He served the food and sat across from her, racking his brain for a proper opening sentence. As usual, she complained about her manager and her workload. As usual, she didn’t realize he wasn’t there.

“I have a few more things to do,” she said after they finished dinner. “You go to bed.” 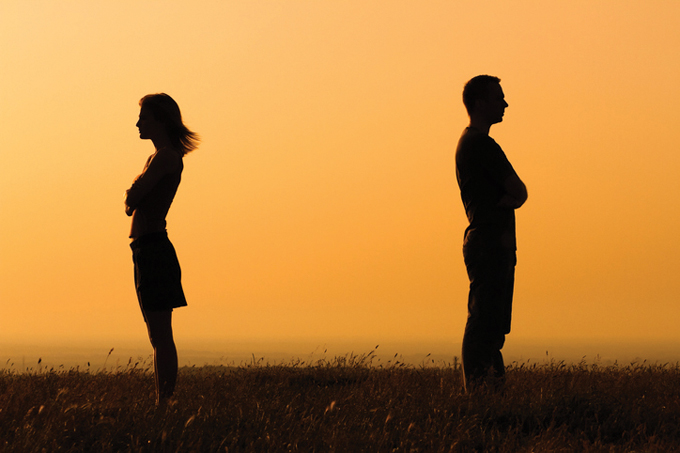 She hadn’t noticed that he didn’t utter a word during dinner. “Ah . . . I have something to tell you.” He paused, wishing he had come up with a better preface.

“Tell me fast,” she said, looking up from her phone, which she was swiping restlessly. “I need to turn in some work before ten.”

“No, you can’t just say you have something to tell and then ask me to go work.” She was terrified of uncertainties.

“Pa had a heart attack last week,” he said, the words bruising his throat as they came out.

“What! You’re telling me now?”

He unlocked his phone and showed her that email. It was from his mother. Her eyes jumped over it, two lines at a time.

Last week Pa had a mild heart attack. Everything is fine now, and he has recovered. But he is adamant that I shouldn’t tell you. I don’t want your father to know I’ve told you. That’s why this mail. I wish you were here.

“Did you call her?” she asked, handing his phone back.

He shook his head like a fool. His mind was so boggled that he couldn’t think of the future. All afternoon, his brain was deluged by memories: his father dropping him at school in his old Lambretta scooter, his father waiting to pick him up in the evening.

She sighed heavily. “Are you planning to travel? You better start before the restrictions are back. Do you want me to look for a flight ticket?”

He marveled at how quickly she thought of solutions. She always did.

She pursed her lips and looked away. “I thought you were over it,” she said impatiently.

“It’s been ten years, and you still think we could go back? What about our house mortgage? What about our careers? We have worked so hard to build them. Should we just throw it all away? How could you even think of that possibility?”

He turned silent. As usual, he hadn’t thought about the practicalities of his dreams. He had always been a dreamer. “What about my father?” he said. “What about your parents?”

“They are adults. We’ll help them find support. They can come here on visitor visas. Stay with us for a while and go back. What else can we do?” Her fists turned into tight balls.

“We don’t have many obligations, I mean . . .” He stopped, as if he had said something wrong.

“Why don’t you just spit it out,” she said. “We don’t have children, so we can just leave everything and go. Isn’t that what you mean?” Standing up, she turned her face away.

“Ah, you are back to square one. If you need a change, we can go on a vacation. But, if you aren’t satisfied with your work, then nothing will help you. You were always prejudiced against this country and your job.” Her eyes suddenly filled up. “I don’t want to discuss this anymore,” she continued. “If you want to visit your parents, take some time off. Don’t get started again about settling in India.” She got up from the table. He knew the conversation was over.

“Please, I need to finish the presentation by ten. I don’t think we have anything more to discuss. And . . . call your Ma,” she reminded him before heading to her room and shutting the door.

He unlocked his phone and read the email once more. With a sigh, he dialed his mother’s number. They would have just finished their breakfast—dosas and garlic chutney. A wan smile appeared on his face as the phone started ringing.

Salini Vineeth, a Bengaluru-based writer, has been writing short stories since 2018. She has published two fiction books and two travel guides. Her stories have been published in Indian Ruminations, Third Lane, Kitaab, The Bombay Review, Cafe Dissensus and several anthologies. For more, go to <www.salinivineeth.in>