Flash Fiction: The Obituary of an Age 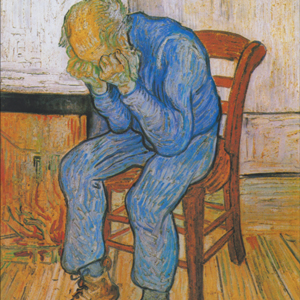 The man, in his 30s, wrote his obituary, before taking his young life.

“I know nobody is going to read this last piece composed by a young man about to commit suicide. Alive, he was useless. Dead, he is like a roach. Absolute human trash to a society geared to respect power, money, and privileges of the wealthy. Nobody will miss or cry for this man, deleted from the records of a commercial civilization—for being spiritual, a contrarian, a challenger to the dominant narrative of mass culture. It is rather good riddance for others. Life: What a sheer waste of human resources, especially in such a crass age! Wish it were otherwise! A better culture where artists are respected and valued for their humane vision. Maybe, that future is not far off.”

Then, the thin nervous young South Asian man, living in an airless attic—with a dusky resemblance to Dostoevsky and Allen Ginsberg—took out his borrowed pistol and shot himself in the big head that, said the few pals who came for the funeral on a dark and cold afternoon, always teemed with new ideas and voices, heard by him—and few others.

“He was sensitive,” remarked the long-haired male friend to his bearded companion, in the funeral home. There were two others there: a black janitor and an aged blind woman who lived just below his attic, still in shock and deep mourning. A cruel twist to a common tale of an unsold genius, unrecognized by the System.

“He wrote poetry,” said the bearded one, in a staccato voice that grated on the nerves of the blind woman who flinched for a second but then grew quiet.
“That nobody published or paid for,” said the long-haired, derision in his voice. “A lost prophet!”

“He was funny, no doubt about that,” said the bearded one. “I enjoyed his satirical wit and repartee. He went against the mainstream—and paid a heavy price for being the eternal iconoclast!”

“Hmm,” murmured the long-haired one, who was sitting in a corner.

“He was weird. Eccentric!” the bearded one revealed.

“How?” asked the long-haired one, intrigued for the first time, as they waited.

“He thought he was the Unseen of this system. Can it be believed? The Unseen.”

“Yeah. The Unseen. That was his term. Self-description. Funny!”

“What does it mean, really?”

“What does unseen mean? It means UNSEEN only.”

“Hmm. He must be a real nut. How a man can be unseen in a city of millions?”

“Well, he thought so. Said that wherever he goes, people fail to see him. They do not recall or recognize him. That is what! It pained him a lot. Not being seen in a room full of folks talking art. Made unseen! He thought deliberately by the people. Bit neurotic, maybe. Invisible!”

“Oh! That old Ralph Ellison kind of thing! He often talked of Ellison.”

“The guy was sure crazy!”

“Sure, he was! People do not shoot themselves just for being Unseen. Majority are like that in cities. Anonymous!”

“I do not know who that guy was or why he did that. Not interested!”

“OK. Forget that. There are others as well.”

“Virginia Wolf did that. Sylvia Plath did that. Monroe did that.”

“Ginsberg. Let us talk something else. Suicides are a turn off for me. Scary! In a room with a young dead body, cold in the coffin.”

“Let us talk sex then. It can turn us on and make our daily dysfunctional lives spicier and more interesting,” said the bearded one, adjusting his spectacles on his flat nose as he peered over them at the other two mourners chatting in the depressing room, which had an antiseptic air and a vase of fresh lilies that didn’t bring any comfort.

“Good idea! Sex talk in a funeral home? Only you can do that, you crazy bastard! Black humor!”

They both laughed a small laugh that echoed in tiny waves. A metallic sound.

The gloom was becoming unbearable for them.

The coffin was strangely forbidding to the bearded one.

The proximity to the dead can be uncomfortable in a tiny space!

“One thing is certain. He has finally found peace . . . in death,” the long-haired man stated.

“Wish he had adjusted to the market demands. Sold fantasies, not outdated realism. I told him. His stories were good but talked of old themes—”

“Yes. Anything that sells. I told him to write for the market. He refused.”

“No use talking about this.. He was stubborn. Now no more. A man who never listened to friends.”

“And paid dearly for that attitude.”

“Lucky! Leaves no family. Would have been hell for them.”

“Yes. At least, no liabilities.”

Finally, the long-haired one repeated: “Peace—in death! Nirvana, at last, for the poor soul. Troubled soul.”

And both the middle-aged friends of the failed artist agreed again on the end result of an artistic life of struggle with rejections, poverty, hunger, and humiliation.

“Another casualty! Another artist dies! The Van Goghs have to die in every age!”

Then, the long-haired one went out, followed by his bored companion. They both lit up cigarettes and exhaled rings of smoke.

“Were you able to find another job?” the bearded man asked.

“You? Sold your paintings?”

“Trying for a teacher’s job.”

The gloomy day further added to the general mood of melancholy, of redundancy of another kind. The bearded one continued to stare at the funeral home, silent, formidable . . . the way you stare at the gleaming railway tracks on a bleak afternoon at a deserted railroad station in the countryside, waiting for something . . . anything . . . dramatic to happen. Or hoping, even if it’s not dramatic, for a crimson dawn.

Sunil Sharma, an academic and author now based in Toronto, has published 23 creative and critical books—joint and solo. His work has appeared in numerous literary publications. He is the editor of Setu (setumag.com), a Pittsburgh-based bilingual monthly e-journal in English and Hindi. For more, please go to https://sunil-sharma.com