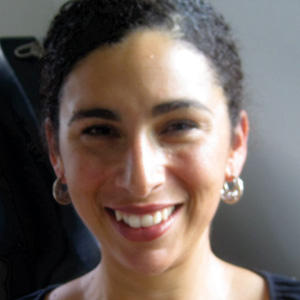 A tall, Caucasian man in his mid-30s parks a truck loaded with explosives near the Oklahoma City federal building to make a statement about law enforcement. The explosion kills 168 people.

A 20-year-old Palestinian woman walks into a crowded shopping area in Jerusalem and detonates bombs strapped to her body, killing herself and 100 others.

A Jamaican man, 19, living in the U.K., boards a London subway car and detonates a bomb that kills 26 people and himself.

An Egyptian man, 33, boards a plane in Boston, hijacks it and plows it into the North Tower of the World Trade Center killing 92 people and thousands more in the Tower.

Two Indian-born men and an American woman of Saudi and Jewish heritage board a flight from Denver to Detroit and are assigned to the same row. Upon landing they are handcuffed and forced off the plane, detained, strip-searched and released hours later after being targeted for “suspicious activity.”

Our world is full of suspicion. There have been many acts of terrorism and attempted attacks to arouse that suspicion, but at what point does the suspicion descend into crippling paranoia?

As the woman described above, I sat on that flight from Denver to Detroit not bothered that my row mates, whom I did not know and who did not know each other, were engaging in the “suspicious behavior” of spending too much time in the airplane bathroom.

The flight turned sour after the plane landed on time in Detroit, escorted by F-16 fighter jets and greeted by security vehicles on the ground. We waited on the plane for half an hour not knowing what was happening. Then officers with machine guns rushed into the plane, ran down the aisle and yelled for the three of us to get up. We were handcuffed, pushed off the plane, frisked and thrown into the back of police cars. No one told us what we did to warrant such treatment. I could only conclude it was because of the color of our skin.

What does a terrorist look like? And what is the definition of suspicious activity?

The answers would fill volumes. There is no right answer. But in the 10 years since the terrorist attacks on the World Trade Center and the Pentagon, the United States has become a nation understandably obsessed with national security. Sadly, it has taken to routinely targeting dark-skinned travelers with suspicions of terrorist activity.

This incident, on the tenth anniversary of the Sept. 11 attacks, was my first to give me pause. I fly several times a year, but since security measures were ramped up, I have only been thoroughly searched one time; and even that search—including a full body scan—did not leave me feeling stripped of my privacy, freedoms or rights. I have always been aware that because of my olive skin and dark features—and my Arabic last name—I could be targeted.

It was this extreme incident that opened my eyes to the sorry state of our hypervigilance.

Not once during the three-hour flight did I get out of my seat. Nor did I speak to either man in my row. I noticed they both got up to go to the bathroom at least one time, but I was not concerned with their behavior. They seemed like normal, quiet men.

The treatment we endured was excessive, uncalled for and probably could have been avoided altogether with a bit of careful sleuthing. I can only imagine how the two men have reacted in the days since, as they have not come forward to share their stories.

While this incident will not deter me from flying in the future, it does raise important questions about the safety and security measures surrounding commercial flying in the United States. Should the arsenal of national security, such as fighter jets, be so casually dispensed at the beck and call of any paranoid passenger or crew member and their speculative suspicion?

I returned to the Detroit Metro Airport two days after the ordeal to pick up a relative flying in from California. As I was driving to the terminal, I noticed an electronic sign on the curb that read: “See Something Say Something.” It was in reference to a campaign by the Department of Homeland Security to encourage the public to report any suspicious activity to local law enforcement. Feisal G. Mohamed, a professor at the University of Illinois at Urbana-Champaign, wrote in the news website of The Huffington Post in June that this law, which at the time was going through Congress, gives immunity to a person reporting behavior that causes “objectively reasonable suspicion.”

“We should be immediately skeptical of any act extending immunity from the law, criminal or civil," said Prof. Mohamed, "and the language here…does little to assuage that skepticism. What is an ‘objectively reasonable suspicion?’”

Another government-backed program calling on civilians to report suspicious behavior, the Nationwide Suspicious Activity Reporting (SAR) Initiative, is meant to establish a “unified process for reporting, tracking, and accessing [SARs] in a manner that rigorously protects the privacy and civil liberties of Americans” and is rolled out by the Department of Justice.

This is in a move to keep us safe. Yet, an investigation into the programs found that it is actually making the activities of regular people more susceptible to scrutiny. All this in the name of public safety. But I did not feel safe when I was sitting in a holding cell not knowing my fate, and not knowing why I was there to begin with. Have we gone too far? And can we ever go back?

These are questions that we must grapple with if we are going to have any progress. Living in fear of each other is not the answer. We must do better. It is true that terrorism from extremist Muslims is a clear and present danger to Americans in particular. But how did we get to this point to begin with? What have we done to make them hate us so much, and how do we try to reverse the pattern?

Since I published on my blog the account of my experience of being detained on Sept. 11, I have received thousands of comments from readers with all sorts of ideas as to why this happened or how to fix the problem. But the overwhelming response was one of mortification and shame that our country—the land of the free where we hold dear the tenets of equality, justice and, of course, the pursuit of happiness—has allowed itself to turn on itself. Some commented that the terrorists won because now we are living in fear rather than moving on. Others called for action against the extreme measures taken by law enforcement.

There seems to be a great desire to address these concerns on a national level, and I believe that serious discourse is needed to make sure that our freedoms and civil liberties are protected. People will always judge others. It’s in our nature. But we must remember that this is a country built on progress. If we don’t work together to constantly better ourselves, we will be consumed by our fears and remain stagnant. In the end, it will only hurt us more than we have already been hurt.

[Shoshana Hebshi was born and raised in San Diego by a Jewish mother and Saudi Arabian father. Now living in the Midwest, she is the mom to twin boys and is a freelance writer and editor.]