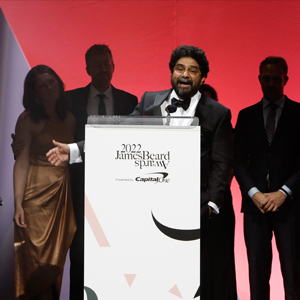 For the longest time, one of the pet peeves of Indians has been that our cuisine does not get its due credit in the American dining scene. Well, that has changed in 2022, and how!

In June, the Asheville, North Carolina-based Chai Pani (which also has a location in Decatur, Georgia) won the esteemed “Outstanding Restaurant” Award, which is essentially recognition as the best restaurant in the U.S.! Chai Pani edged over a list of highly competitive nationwide restaurants that demonstrated consistent excellence in food, atmosphere, hospitality, and operations while contributing positively to their broader community.

But there is more “music to the ears” for fans of Indian cuisine. Ashok Bajaj of Knightsbridge Restaurant Group (Rasika, Bindaas, Annabelle, and others in Washington, D.C.) was named “Best Restaurateur” for building community, demonstrating creativity in entrepreneurship and integrity in restaurant operations, and making efforts to create a sustainable work culture. Meanwhile Chintan Pandya (Dhamaka, NYC) was declared “Best Chef: New York State.” 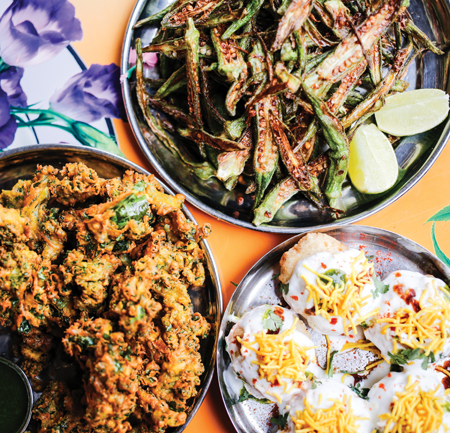 Ayesha Nurdjaja (Shuka, NYC) and Cheetie Kumar (Garland, Raleigh, NC) were nominated for “Best Chef” but did not win. Dhamaka in New York City lost in the running for “Best New Restaurant,” but has still received explosive accolades for its authentic, daring, and unapologetic concept.

In Miami, chef Niven Patel's restaurant, Ghee Indian Kitchen, was decorated with a Michelin Bib Gourmand (for exceptionally good food at moderate prices), at the first-ever Michelin Guide award ceremony in Florida. The Michelin Guides are published by the French company Michelin since 1900, and rankings are given to some of the finest restaurants around the world.

[Right] Kale Pakoras, Okra Fries, and Sev Potato Dahi Puri: some of the offerings from the menu of Chai Pani.​​

Indian American author, activist, model, and television host, Padma Lakshmi took her first James Beard for her Hulu-based TV show Taste the Nation, for which Lakshmi is both executive producer and host. In the show, she examines how different cultures use food to celebrate their respective winter holidays, tying stories to her own immigrant experience.

So what has changed for Indian cuisine to gather so much attention from critics and the “Oscars” of the culinary world? Has Indian cuisine in the U.S. become significantly innovative, are we seeing a new wave of talent, or have Americans finally begun to appreciate how evolved our food and flavors are?

I gathered some insights from the James Beard Foundation® about why this particular year was more favorable than ever to Indian chefs and restauranters. The James Beard Awards are considered to be among the nation’s most prestigious honors for chefs, restaurants, and culinary media.

While the mission of the Foundation was to recognize exceptional talent regardless of race, gender, and culture, ethnic restaurants often made up a fraction of these lists. In 2020 and 2021, the Foundation suspended the ceremonies and took time “for self-reflection around who and where we are as an organization.” They conducted an audit of their policies and procedures, and established compelling objectives: to continue the work to remove any systemic bias; increase the diversity of the voting body; ensure that communities far and wide know about the Awards and how eligible candidates may apply; increase transparency in how the Awards function; and align the Awards more outwardly with the Foundation’s mission and values. According to the Foundation’s website, “By amplifying new voices, celebrating those leading the way, and supporting those on the path to do so, the Foundation is working to create a more equitable and sustainable future...” 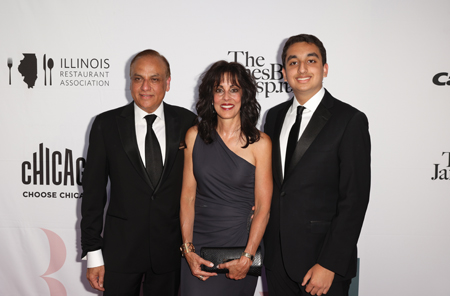 “The Awards are a great reminder that we are among innovators, entrepreneurs, and trailblazers who represent a wide range of regions, cultures, and cooking philosophies,” said Tanya Holland, chair of the James Beard Awards Committee. “And this year, in particular, is a great reminder of how incredibly diverse our industry is. I am proud of the changes the Foundation has made to the Awards program to ensure equity and inclusion, and though it is just the beginning of an ongoing commitment, we are already seeing the impact. This is the most diverse list I've seen in Awards history, and I am honored to be a part of that change.” 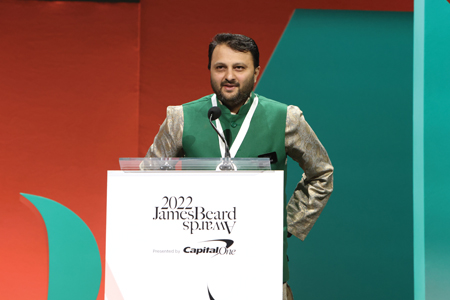 The Foundation is also transparent about their selection process, though the names of people involved remains anonymous until after the Awards are announced. This year, the overseeing Awards Committee included Atlanta’s celebrity Anne Quatrano (chef/ owner of Bacchanalia, Star Provisions, and Floataway Café). The new selection process mandates a higher diversity of committee members and judges (which was roughly 45 percent this year). India-born writer, consultant, and spokesperson Raghavan Iyer served as vice-chair of the Broadcast Media Awards Committee, and cookbook author and food writer Chandra Ram served as vice-chair for the 2022 Journalism Awards Committee.

Entries and recommendations for the Awards require a short write-up or audio/visual recording that demonstrates how the nominees and/or their work aligns with either the Awards mission or one or more of the Foundation’s values. Recommendations from the public are reviewed and considered by the subcommittee. 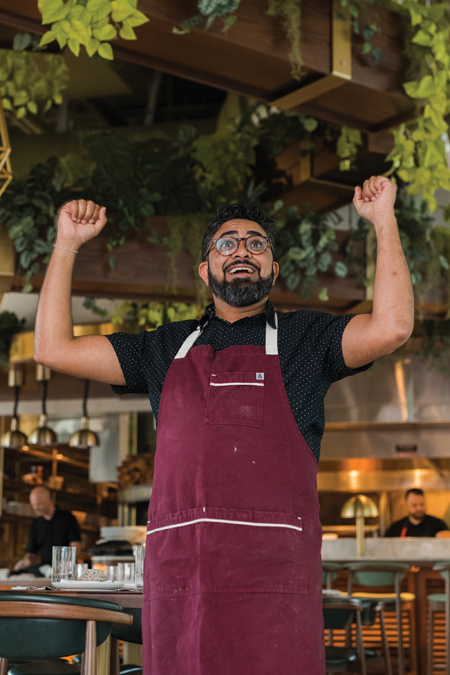 This year, Chai Pani from Asheville, which has been around for 13 years, was recognized as the best for its food (signature dish - butter chicken), atmosphere, hospitality, operations, and community contributions. Owner/ chef Meherwan Irani, wife Molly Irani, Decatur-based culinary director Daniel Peach, and other team members received the award at Lyric Opera of Chicago.

Irani was teary-eyed as he walked towards the stage to make his speech a few weeks short of his 40th birthday. He said he attributed his success to his team’s mastery of an attitude of service, where they consider every day to be an act of service. Besides being a successful entrepreneur, Irani is keen on serving the community around him, and perhaps even the world. He continued, “We are not perfect, we don’t serve outstanding food every day, but as restaurants, we have the collective power to transform the people who work there and the society we operate in. All we want to do is inspire, serve, and try to be better humans every day.” Irani thanked his mother in India, his daughter at home, and his wife who has been his partner in business and life.

While celebrating his win with a month-long vacation in India, Irani says, “This award means so much more than if I'd won just as a chef, because this award acknowledges EVERYONE who works to make a restaurant exist. The work now begins to live up to everyone's expectations of what it means to be an ‘Outstanding Restaurant.’ For me, the work is as much about our food and hospitality as it is about what we do outside of the four walls – within our communities and beyond. Also, I’m so proud that what we represent is being recognized: That Indian food is so much more diverse, interesting, unexpected, and personal than a handful of regional cuisines that have been popularized so far. To me, there is no other food that captures the essence of India like street food – chaotic, colorful, innovative, vibrant, joyful, complex, and of course delicious.”