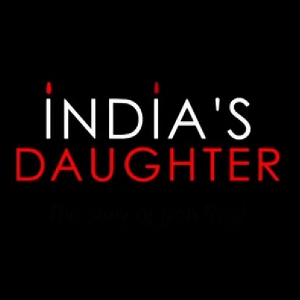 By Arpita Appannagari and Caritas Doha

Discussion around India’s Daughter has primarily focused on the ban against it by the Indian government. The conversation has effectively shifted away from the contents of Udwin’s film with voices falling into two camps divided on the issue of free speech. We’d like to make our stance very clear: of course India’s Daughter should not be banned. However, the current debate has created a climate in which necessary critique of the documentary has been sidelined. Missing from India’s Daughter is a contextualization of violence against women in India, an understanding of violence as structural, and the voices and decades-long efforts of grassroots activists in India. The resulting documentary makes reductive conclusions, harmful because they are the foundation of a globally-funded campaign.

This documentary has a singular focus on Jyoti Singh’s case. There is an in-depth look at its surrounding elements: the perpetrators, Jyoti (through the eyes of her parents and friend), the litigation, the political response, and glimpses of the protest. The problem arises as these elements are used to draw broad conclusions about violence against women—that somehow gendered violence is inherent to Indian culture. It is not. Media coverage of the documentary is disproportionately centered on disturbingly misogynist quotes from one of the perpetrators, Mukesh Singh, and the case’s defense lawyers. The reaction to these quotes has been to ascribe this attitude as typical of Indians rather than indicative of widely-held, patriarchal beliefs about women. These attitudes, though they may be voiced in different words or acted out in different ways, are present everywhere. We must remember that there is not a single part of the world in which gender-based violence has been eradicated.

Udwin’s documentary is deliberate in its characterization of Indian men as exceptionally brutish. By making this a question of personality and mindset, the result of a “sick society” in need of education, the film ignores the structural nature of violence. The documentary simplifies violence by presenting Jyoti Singh’s case as emblematic of the nature of all violence against women in India. There is no typical victim and there is no typical perpetrator. Violent acts cross lines of class, intention, education, power, and privilege.

In 1972, Mathura, a young Dalit girl was raped by two police officers. Seven years and multiple courts later, the police officers were acquitted by the Supreme Court. In response to this injustice, protesters took to the streets, women mobilized, created women’s rights groups that still exist today, and the consent clause in India’s rape law was amended. This case is considered a turning point for the women’s movement in India. Leslee Udwin, however, frames the demonstrations in the aftermath of the Jyoti Singh case as the first of their kind—something spontaneous, as though void of history. Rather than using her platform to highlight India’s long history of grassroots organizing in response to ongoing violence, Udwin erases agency from women in Indian society. India’s Daughter relegates Indian women to spaces of marginalization and vulnerability. This two dimensional view means that the voices of women doing this work, the voices capable of bringing about real change, are muted rather than uplifted.

Sakhi for South Asian Women recognizes that women should be in charge of their own narrative. As an organization in New York City, we are also very intentional about the way we speak about issues affecting women living in South Asia; we defer to the expertise of those on the ground. We know that violence against women is a problem in India, as it is a problem everywhere. Agreeing with this premise does not mean refusing to interrogate the assumptions and methods of others looking to raise awareness and find solutions. We take issue with India’s Daughter not because it sheds light on the pervasiveness of violence against women in India, but because its fundamentally flawed understanding of the issue is the basis for a globally-funded campaign. Further, viewers are manipulated into seeing Indian culture as inferior, Indian people as in need of global saviors. We look forward to a documentary and call to action that recognizes these same issues but proposes solutions that are inclusive, reflective, and progressive.

The writers are staff members of Sakhi for South Asian Women, and this article represents the viewpoint of the organization. 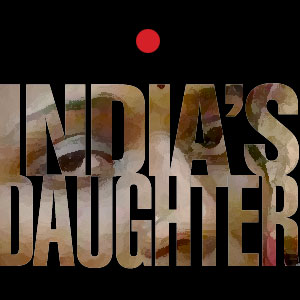 Part 2: Banning India’s Daughter is an Insult to India’s Democracy

Freedom of speech, human rights, and protection of minorities are the pillars of a strong liberal democracy. India, arguably the world’s boldest experiment with democracy, has managed to preserve many of these pillars, and has remained a vibrant plural democracy, despite huge challenges. In this sense, India is a beacon of hope for liberal democracy the world over. When India, a nation of 1.25 billion people, compromises on such ideals, it should be a matter of deep concern for all.

There has been a lot in the news recently about the Indian government’s ban on the BBC documentary India’s Daughter. The documentary is the story of the horrific gang rape and murder in Delhi, in 2012, of a young woman, Jyoti Singh—a horrific crime that captured the passion of the people and mobilized massive grassroots action demanding safety and justice for women.

I saw India’s Daughter and it is a very painful portrayal of one ugly side of India. It is disturbing to hear one of the convicted rapists speak coldly, and blame the girl for the incident. I am a male and am from India, and did not feel that the film stereotyped me or any Indian male as prone to sexual violence. In fact, I felt like a liberated man. The film also showed many good things: (a) the way Jyoti’s father and mother are dealing with their tragic loss; (b) the vibrant grassroots activism in India; and (c) the Verma Committee report. Above all, the Jyoti Singh case has opened up a healthy conversation in India around a complex problem that has historically been brushed under the carpet, and the film is part of the process.

Why might some people support the ban? One explanation given by the government is that releasing the documentary may cause widespread public disturbance. But the Indian public, largely speaking, is astutely political, and it would be an insult to say they cannot react maturely to the documentary. Furthermore, in today’s world of Internet, access to the documentary would be hard to contain.

Other reasons for the ban seem to stem from the fear of letting India be shamed internationally, of all Indian men being stereotyped, or of Indian culture being viewed as inferior and misogynistic—all this as the country is experiencing an economic boom and beginning to emerge as a region overcoming the stigma of being colonized for about two centuries. The fact that the documentary was filmed by an outsider is added baggage that has spurred extra scrutiny.

India’s true pride resides in her being the world’s largest plural democracy, and it has never shied away from openness, exposing warts and all. The true genius of Indian democracy has robustly used the power of conversation and citizen leadership to innovatively solve problems. Banning the documentary runs exactly counter to the remarkable process that is Indian democracy.

Sexual violence against women is a global problem, and not specific to India. The Prime Minister of India has shown leadership and spoken openly about the need to make the country safe for women, and to empower women in the country.

The gang rape of Jyoti Singh has awakened the Indian public for a social cause like no other recent event. Women are breaking out of the stigma of sexual assault and beginning to boldly report it. The Verma Committee, which the government commissioned soon after the Jyoti Singh incident, has made an enlightened analysis of the underlying causes of sexual violence against women and made very progressive recommendations. These are major positive developments, and the Indian people deserve credit for openly taking on a serious social problem, given the premium placed on chastity typical of many traditional societies.

Banning India’s Daughter is an insult to all the progress that India has started making against sexual violence. What is needed is more conversation, not less, and serious law enforcement, and also long-term steps to promote gender equality across India and the world. India’s Supreme Court will be hearing a petition soon to lift the ban, and for the sake of India, and for the sake of democracy, and primarily for the safety of women, one hopes that India’s highest court will overrule the ban and let freedom of speech thrive.