Happenings: At IIFA, Bollywood Takes a Bite of the Big Apple 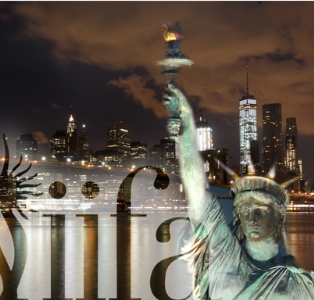 This all came to pass with three magic words—IIFA, Bollywood, New York—all evocative words, and if you connect them together you get a powerful word picture of the direction the Indian film industry is headed—on a global journey where Hindi cinema is developing an international footprint.

IIFA, which stands for International Indian Film Academy, is an annual show produced by Wizcraft International Entertainment that reaches audiences across the world. In the past 15 years the IIFA Awards have been held in 12 countries from the UK to Singapore to Spain, giving Bollywood fans a chance to meet their favorite stars in exotic locations—just like in the movies.

Bollywood, of course, is India’s prolific Hindi film industry which for many years didn’t get much respect but is now conquering the world with its music, dance, technical excellence and irresistible stars. After all, even in an inaccessible market like China, Aamir Khan’s Dangal is the highest grossing foreign film, leaving even Hollywood in the dust.

So this year, IIFA with its Bollywood-wallas, its biggies and its beauties came to the center of the world, the Big Apple—sort of. While the stars kept referring to IIFA being in New York, the actual event was held at the MetLife Stadium in East Rutherford in New Jersey, home to the New York Jets and New York Football Giants. Even the backdrop of the stage was the stunning knock-’em-dead skyscrapers of Manhattan. The stars kept shouting ‘We love you, New York!’ and New Jersey often became an after-thought!

The world is increasingly realizing the soft power of Bollywood over larger issues from business to tourism. The IIFA festivities began with Sonakshi Sinha ringing the closing bell at NASDAQ in Time Square where IIFA announced its support for the Nand Ghar Project, a Public-Private-Partnership (PPP), led by Vedanta Resources, which is listed on the NYSE stock exchange, along with the Government of India to transform Early Childhood Care and Education Centers.

Anil Kapoor (Photo: Alpesh Dave) and Preity Zinta (Photo: IIFA) made for thoughtful speakers at the all-day Global Forum by Federation of Indian Chambers of Commerce and Industry (FICCI) and IIFA, called ‘India and United States: Partners in Progress.’

An all-day Global Forum by Federation of Indian Chambers of Commerce and Industry (FICCI) and IIFA, called ‘India and United States: Partners in Progress,’ held at the Asia Society had many notables including Indian Ambassador Navtej Sarna and U.S. Congresswoman Tulsi Gabbard. From Bollywood there were two thoughtful speakers, Anil Kapoor and Preity Zinta, who each addressed very different but important topics. Preity Zinta, a strong feminist, introduced a new app for the protection of women in India while Anil Kapoor spoke about professionalism and discipline in the film industry.

The ‘IIFA Weekend and Awards’ commenced with ‘IIFA Stomp’ in Times Square where thousands got to see Bollywood music, dance, and fashion out in the open. There was Varun Dhawan with DJ Amann Nagpal and DJ Nasha causing a Bollywood buzz with their dance and music. Bollywood movies have, of course, created a whole fashion vocabulary, and Myntra presented its collection with Dia Mirza and Taapsee Pannu, while Shilpa Shetty, Neha Dhupia, and Disha Patani modeled for Shane and Falguni Peacock collection; Huma Qureshi was the showstopper for a jewelry collection by designer Sonaakshi Raaj.

In the evening all eyes turned towards New Jersey for ‘IIFA Rocks’ at the MetLife Stadium, a musical extravaganza hosted by Riteish Deshmukh and Manish Paul. The highlight of the evening was the celebration of the 25-years career of A. R. Rahman who gave a 90-minute performance with Hariharan, Kailash Kher, Mika Singh, Mohit Chauhan, Jonita Gandhi, and others. While the green carpet was rained out on the night of July 13, the stars did manage to walk the carpet on the 14th in some gorgeous outfits.

Sadly, IIFA has no concept of time—or perhaps it’s the stars that have this disability. The show began hours late and people just had to wait and wait. By 1:30 am at night when we left, the main awards had not even been announced. We got home at 3 am, having missed many of the major items of the evening. Why can’t these shows begin and end on time?

This year the emcees of the IIFA Awards were the savvy, wisecracking duo of Karan Johar and Saif Ali Khan. I particularly liked Karan Johar’s outrageous gold shoes! There were dance performances by the much loved, hugely popular band of stars—Alia Bhatt, Katrina Kaif, Shahid Kapoor, Sushant Singh Rajput, and Kriti Sanon—well-executed numbers with perfect lighting and technical effects. Varun Dhawan, also a great crowd puller, did energetic numbers celebrating his father David Dhawan’s film legacy. Salman Khan, the adored bhai of fans was saved for the very last, and his worshippers were an enthusiastic lot.

There was light-hearted banter in which Karan Johar and Saif Ali Khan chose the best dressed male and female stars from the VIP audience, pulling up the actresses Shilpa Shetty, Kalki Koechelin, Neha Dhupia, and Preity Zinta. Shilpa, who looked stunning in a flesh colored split gown which showed her fabulous legs, won handily. From the male stars, the Sufi singer Kailash Kher with a tee-shirt and a man bun won the day. 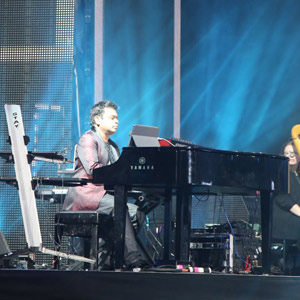 The incomparable A. R. Rahman (left) gave a 90-minute performance with Hariharan, Kailash Kher, Mika Singh, Mohit Chauhan, Jonita Gandhi, and others, at the ‘IIFA Rocks’ event at the MetLife Stadium. (Photo: IIFA)

The award night included legendary actor Anil Kapoor and Sudhanshu Vats, Group CEO of Viacom 18, honoring A. R. Rahman, who celebrated his 25 years in the industry. There is a lot of love and respect for Rahman amongst fans, and in the dark, right on cue, everyone shone the light from their phones, like hundreds of stars in the night sky, and Rahman sang “Maa tujhe salaam.” 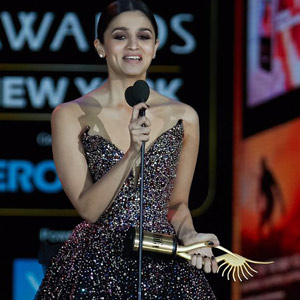 IIFA presented the ‘Woman of the Year Award’ to Taapsee Pannu and the ‘Myntra Style Icon’ to Alia Bhatt. Both totally deserve their awards and bring a wonderful freshness to the industry.

The many performances were interspersed with the mandatory awards but one couldn’t help wonder about the process of how these awards are given. In future we would love to know how the decisions are made. How is it that only the people who win turn up? The tension, the drama, and mystery of the Oscars is certainly missing here.

This year’s IIFA was technically and entertainment-wise a very good show—but it could be a much better show if the powers that be would only listen to their critics and try to fine-tune the things which need improvement—such as time management, organizational skills, and delivering what’s promised. There were many rumblings on social media the next day, and the general verdict seemed to be a failing grade. As Sunil Gupta wrote on Facebook, “IIFA does it again ... poor management, fraudulent marketing, and a boring show for the most part. People don’t expect this after paying thousands of dollars for tickets and flying from as far as Hawaii.

“Several friends bought $2,500 and $5,000 tickets which were supposed to have included pre-event VIP cocktail per advertised package. They were rightly pissed off to see that there was no cocktail reception and that they had to stand in line to buy an overpriced beer and chicken finger snacks inside.”

And more criticism: “People with expensive VIP tickets were told that they will walk the green carpet. They got their best dresses out and came excited ... just to see they are walking in a alley with a small carpet area which was completely separate from the area where the stars were walking. Spectacular stage decoration but IIFA didn’t Rock at all … very disappointed.”

Nayan Padrai, a New York filmmaker, was even blunter in his assessment on Facebook: “IIFA is to awards what Trump is to universities.”

I had an inkling that things wouldn’t go too well from the very first day at the massive press conference at the Sheraton Hotel in Times Square. The hundreds of reporters, cameramen, and anchor-persons just sat and sat and sat, twiddling their thumbs for hours in the ballroom, with no sign of the stars appearing. They hung around, interviewed each other, took selfies and drank coffee. It was really disrespectful of the press, with no value for their wasted time. Several hours later, the stars finally came in for a short time, spoke their piece, and departed. There were no interviews or interaction with the media.

And yes, it is something about the stars, some-thing in our desi blood which forgives all their transgressions because they are stars. The moment they came in, many of the press members turned into full-fledged star-struck fans, clapping and calling out their names. Salman Khan, especially, can do no wrong. It was all business as usual.

At every IIFA event, be it the ‘Stomp’ at Times Square or the ‘Awards Night’ at the Met arena, every event began hours late. How will Bollywood operate on an international scale at this rate? If IIFA was an Olympic team it couldn’t go very far if it didn’t keep to time constraints.

The one place where everything began and ended on time was at the Asia Society event which shows how American organizations function. There Anil Kapoor spoke about his learning experiences in his six months working in Hollywood for American shows, and indeed that may have some salient lessons for Bollywood and for IIFA, too—about aiming for perfection in work.

Anil Kapoor talked of the ho jayega attitude in Bollywood as opposed to the very scientific, very structured, and yet very creative workplace in Hollywood where professionalism and discipline are paramount. He said, “Over there the preparation is so much—it is more than 100 percent preparation, nothing is left to luck. Everything moves like clockwork. Prepare so much that nothing can go wrong.”

Are you listening, IIFA? 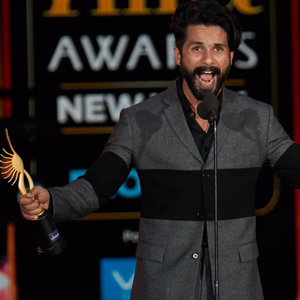 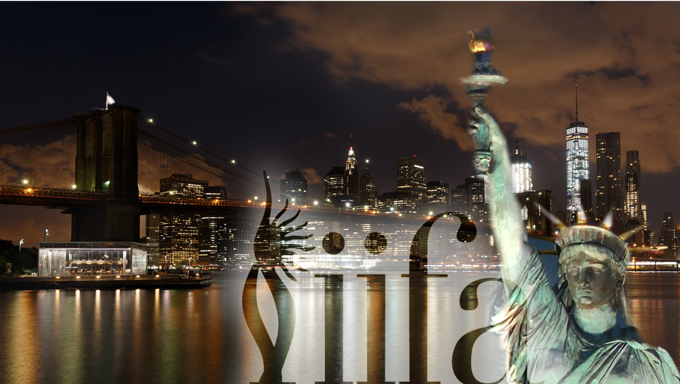