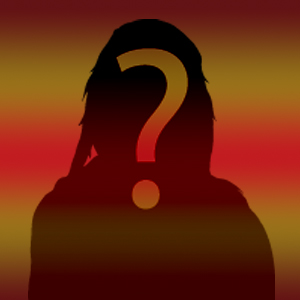 It’s no small thing when you don’t have an easy answer to conversation starters like “Where are you from?” or “What or who are you?” referring to nationality and heritage.

I’m standing in line at Target, with one person ahead of me. I have the exact change: 25 dollars and 16 cents. My basket is filled with the essentials: my three-hour mints, a notebook, erasable pens, college-ruled loose-leaf paper, nail polish remover, mascara, and face wash.

“What are you?” the strawberry blonde cashier asks. “Umm … what do you mean?” I respond, fussing with my 16 cents. “You know, what are you?” she insists. Within the two-second silence, the neuronal impulses fire from my brain and I reach that ‘aha’ moment. I want to respond with a smart-ass comment such as “I’m human, what’s your point?” But alas, I’m on a tight schedule and have homework to do. Instead I stick to the usual “I’m Indian” and go about my day.

Thinking back, she asked a good question, though I would replace the ‘what’ with a ‘who.’ In my 22 years, I’ve heard all the variations of that question: “Where are you from?” “No, where are you really from?” “What kind of Indian are you, dot on the forehead or hand on the mouth?”

To which I’d respond, “Do you want the long or short story?” I was born in Minnesota. My dad is Tamil, born in South India. My mom is Bengali, but born in Malaysia. So long story short, I don’t really know how to respond.

I was used to being the exotic minority growing up, because it was easy to stick out. I got diversity scholarships for being Indian, this new thing that no one had seen before in the suburban areas of Minnesota. I got to save my parents money without even trying.

But the same colorful difference brought its own price to pay.

In sixth grade, we had just finished up the unit on civil rights. A girl came up to me while I was washing my hands before lunch. It was Italian dunker day. She asked, “Do you know that you would have been a slave if we lived back then?”

My face contorted like a possessed person. “Nah uh! I’m Indian, we belonged with the British,” I responded proudly.

I shrunk two inches that day. I went to my teacher, the all-knowing 6-foot-tall German Frau, who knew four languages, to confirm if what she said was true. She sat behind her desk, looked at me and shrugged as if that was the end of it.

I knew more about Western culture than my own. I was just as American as those who thought I wasn’t. I could tell you the history of American colonization and the Boston Tea Party, but India’s Independence Day was a mystery.

Three years after being wrongfully shackled as a slave, I was sitting in my religion class at a Catholic high school. The girl in front of me, Jennifer, turned around and asked, “Do you know that you’re going to hell because you’re not Catholic?”

“Do you know that your Bible teaches tolerance of all people?” I replied.

I was also lost on our trips to India. I stood out like a sore thumb, hit by the head of a hammer named identity crisis. It was like my mask of brown didn’t quite cover enough. Before I spoke one broken-Hindi sentence they knew I was pardesi: foreigner. It didn’t help that my parents were from two different regions, making me mixed in more ways than one.

My sense of identity didn’t improve when I reached university, as I thought it would. Even at the Minnesota International Student Association (MISA), I didn’t have a category to call my own. I remember one occasion when I was studying for a biology exam, two men who looked Indian walked into MISA, sat down and looked at me, then started whispering. Despite trying to hold my concentration on the processes of mitosis, I couldn’t help but overhear the words for ‘who’ and ‘girl’ in something that sounded like Hindi. Resisting the fiery feeling at the pit of my stomach, a combination of fury and embarrassment, I said that I was Urmila. They asked what I was, and this time I could answer them: I am half-Tamil, half-Bengali. But even that answer felt strange.

I searched for answers in my classes. I needed an easy three-credit course that would fit the global liberal education requirement. I decided to kill two birds with one stone by searching for a class that would help me do some soul searching. I looked for classes that dealt with India. I hit the search button. “Understanding Indian Culture” popped up. As if by some alternate reality of the Hindu gods, an answer was finally here!

When I walked into the Indian culture class, my iPod blasting “Desi Girl,” the first thing I noticed was that my instructor was Caucasian. That shrinking feeling came back, causing me to ask the big question: Why does this non-Indian woman know more about my own culture than I do?

Throughout the class, I put this question under scrutiny as we looked at different books and films in order to grasp different perspectives on Indian culture through different formats and points-of-view. We read The Namesake and watched Monsoon Wedding. We debated the economy of the subcontinent. We talked about the impact of colonization on India, and I finally discovered India’s journey to independence. My fellow classmates, a generous mix of curious culture connoisseurs and inquisitive Indians, debated the meaning and definition of the term “Indianness.”

On the last day of the class, I turned in my paper on the growing population of NRIs and the effects of globalization on India. But I was still thinking, “Who the hell am I?” I expected to get an answer after paying for three credits. Instead, I was left with more questions and a C-.

Nowadays, though I still question who I am, it seems like a pointless argument. I’m looking at the Census trends that say that Indian immigration has increased by 345 percent since 1982—one year after my parents immigrated here. My guess is they’re just as confused as me. I’ll stick with my ABCDs and say I’m human instead.

[Urmila Ramakrishnan is a senior at the University of Minnesota in the Twin Cities, studying journalism.]