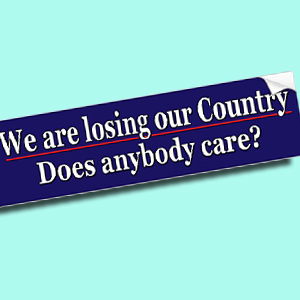 How did a crude, bombastic, divisive presidential candidate manage to alter the electoral landscape—and what does it tell us about the rise of populism?

Much will be theorized about the 2016 U.S. election and what it all means. Here are some of my takeaways:

1. Just when we had started to believe in the absolute predictive science of polling, this election confounded pollsters, political scientists, and pundits alike. We now have to approach polls, and particularly exit polls, with greater caution and keep other confounding contextual factors in mind.

2. Our country is divided along old and new lines. Race, ethnicity, education, gender, and social class continued to play a role, but in this election, they didn’t always do so in the ways we had come to expect. Overlooked segments of the population included erstwhile middle and working class whites, and only one candidate seemed to respond to their plight. There may be a permanent realignment of these voters to the Republican Party, shattering the old coalition that made up the modern Democratic Party. The future will depend on whether Trump’s populism is embraced or rejected by the Republican establishment and if it becomes a part of their party platform.

3. No matter how imperfect and untested, no matter his intemperance and flirtation with dangerously racialized rhetoric, more voters found Trump more authentic than what they viewed as the scripted and anointed “inheritor,” Clinton.

4. The election was a revolution against the ruling class, seen as privileged, out of touch, corrupt, and living lives far removed from the average voter. This revolt explains how some minorities overcame their fear and loathing of Trump and his race- and religion-baiting, and voted for him in numbers greater than Romney received in 2012.

5. The overall bonding of minorities (particularly, in this election, Hispanics and Asian Americans) to the Democratic Party has strengthened and intensified. The states of Nevada, Colorado, and New Mexico, with their large Hispanic populations, might have permanently realigned to the Democratic fold. Indian-Americans have intensified their alignment to the Democratic Party as well, with the percentages who said they would vote for Trump in the mere single digits. This is despite some reports of the traditionalist Republican Hindu Coalition donating handsomely to the Trump campaign.

This election has many echoes in Narendra Modi’s 2014 election victory. Then, too, there was an electorate tired of a ruling elite—the Congress, in that case—who had enriched themselves through decades of one-party rule while the rest of the country languished and choked amid a stranglehold of rules, regulations, licenses, and restrictions. In that case, too, an overwhelming majority of Hindus felt they had been marginalized by the Congress government and came out for Modi’s pro-business promises in spite of (or because of) his nationalist and fundamentalist agenda. Voters were willing to overlook Modi’s divisive and troubling past because they longed for change. Perhaps unsurprisingly, Trump has had warm words for Modi and the future of U.S.-India relations.

As Barack Obama famously said after winning his historic victory in 2008, elections have consequences. Trump will most likely reap the rich reward, on every level, of the consequences of his stunning upset in the months and years to come. However, amidst all the political change, one thing remains constant, whether we are talking about the U.S. or India. Both countries’ democratic framework ensures that a peaceful transition will take place.

I remember Rajiv Gandhi’s televised speech after his 1989 loss, my last election in India. “The people have spoken,” he had said, and their word would be heeded. Here in the U.S., this transfer has already commenced with Hillary Clinton’s gracious concession speech and the symbolic White House meeting between President Obama and President-elect Trump. On January 20th, the transition will be complete, and we will learn who was right—those who fear his presidency, or those who believe he will indeed “make America great again.”