Indiascope: An Interim Perspective on Demonetization 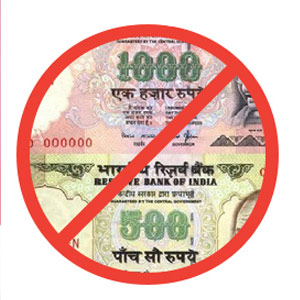 ‘Notebandi,’ as the Modi government’s demonetization exercise is wryly tagged across India, stunned the nation and caused widespread chaos. Will this sudden withdrawal of 86 percent of India’s currency (in 500 and 1,000 rupee notes) curb corruption, boost efficiency, and benefit the economy in the long term?

On my recent trip to Mumbai, the city was, of course, abuzz with the approaching conclusion of the unwieldy and unpredictable demonetization exercise. The process started on November 8, 2016, with the Government of India declaring that two of the most widely used notes (Rs. 500 and Rs. 1,000) would cease to become legal tender the next day, and new notes (Rs. 2,000 and a new Rs. 500), would be introduced. Prime Minister Narendra Modi made the declaration in a televised broadcast, catching most of the country by surprise. People related how later that evening jewelers’ shops were inundated with customers in a panic to get rid of their amassed notes that would soon be unusable. Modi justified the move as a necessary one to root out the hoarding of illegally collected cash (“black money” in the common Indian parlance) from those who evaded paying taxes (only 1 to 2 percent of the country actually pays income taxes), defunding terrorist activity and smuggling, removing counterfeit notes, and reducing corruption.

The very next day brought unbridled chaos, as ATMs ran out of cash, people were barred from withdrawing more than a certain amount per week, and nobody had change to break the new Rs. 2,000 notes with, least of all street vendors and small business owners, who experienced debilitating declines in business. People stood in long bank lines to exchange their notes for the new money, and in rural areas where they had to walk miles to the nearest bank under punishing heat, some died. The government often came up with new dictates on how much money could be deposited and withdrawn, as well as different exceptions on a random basis, adding to the general mayhem.

What it revealed was a country divided on demonetization, as it is on so many other issues. Those who support Mr. Modi also supported the move. Many said they relished the fact that finally tax evaders would be made to pay. The poor, who arguably suffered the most through the arbitrary moves, still seemed to support the overall effort if it meant reining in the rich at last. But egregious oversights had soured the mood for many. As cash was declared and deposited, it appeared that there just hadn’t been that much “black money” after all. Stories abounded of corrupt bank officials pocketing new notes or exchanging more than the permitted amount for a fee. A politician, Janardhan Reddy, held an obscenely lavish November wedding for his daughter and spent around $70 million, as if there was no cash crisis facing the country at all.

Longer term, economists are predicting a slowdown of the economy because of the way in which the demonetization process has unfolded. Jobs will be lost as payments to workers cannot be made. Black money will simply be created again, this time using the new notes. And the project smacks of the capricious and authoritarian streak that the Modi government has exhibited from time to time.

This brings me back to one salient fact—that demonetization has deepened the growing divide in the country. The majority of those who support Modi continue to praise the move as necessary and even inspired. They claim that even if the execution was lacking, the motive was pure, and the idea brilliant and bold. Both sides agree about the lack of an alternative because the Congress has sunk so low in the people’s estimation. Most recently, however, leader of the opposition Rahul Gandhi, who seems to have come into his own in his scathing and nonstop attacks on the way in which this has unfolded, has finally gained some traction.

Even if the demonetization debacle doesn’t damage the Modi government’s near-term future, it will serve as a cautionary tale.