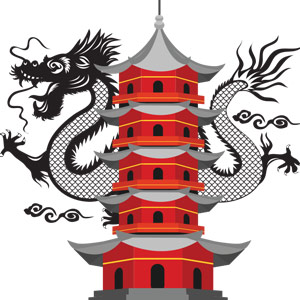 TINAZ PAVRI reflects on an eye-opening conference at the University of Mumbai, where scholars from Indian universities and other parts of the world spoke about the role of China in South Asia. India’s growing concerns are not unfounded.

The first thing I noted in our discussions was that India and Indians are responding to China’s growing influence in a similar manner to the U.S. response. They are startled by the great reach of China’s entanglements in the world, but do not yet have a countervailing strategy. They are sometimes lulled into complacency and sometimes shocked into action.

Meanwhile, in South Asia, China has proceeded boldly with its “string of pearls” strategy, heavily investing in and/or opening ports in Pakistan, Bangladesh, Nepal, Sri Lanka and even, most recently, the Maldives, which India has looked upon as a “little brother.” In Pakistan, India’s obsession since independence, China has invested over $60 billion through the China-Pakistan Economic Corridor (CPEC) and its influence has grown dramatically. In effect, India has been surrounded by the Chinese “pearls,” and its influence in the region is being challenged as never before. And yet, there does not seem to be anything that India can do. In the past decades, it has allowed its influence in its surrounding neighborhood to wane dramatically. PM Modi’s “Look East” policy has brought dividends with Japan, but perhaps, in retrospect, the policy needed to look closer within the neighborhood, because India’s relations with its immediate neighbors have never seemed so weak. In fact, both China and India’s neighboring countries must grasp India’s weakness in this regard, because they would never have proceeded in the provocative way they have, if they had had any worry that India might retaliate.

Of the many speakers, the Indians were wary and pessimistic about China’s dramatic new footprint in their neighborhood. But some of scholars from the West argued that China’s economic extensions in the world through CPEC and especially OBOR (One Belt One Road), were benign and would result in an increase in the world’s overall economic well-being. Through OBOR, China has built roads and infrastructure well into the heart of Europe and the Middle-East. And of course China’s economic takeover of Africa has been well documented.

It is true, as another speaker noted, that India still has in its hand what might ultimately win the game— its deep and long tradition of democracy, diversity, and secularism. India has gone through and continues to go through the painful and necessary adjustments of consolidating its democracy, and one hopes that the rewards for this will become apparent in the future. China, on the other hand, will have its day of political reckoning with its people, and its economy may pay the price then. In addition, India holds the moral upper hand of political freedom over repression of its people, recent trends notwithstanding. But this economic-political-moral argument has long been made regarding China’s rise, and China’s day of political reckoning looks to be nowhere near. Instead, President Xi has effectively been made President for life, and the country is working as one, crushing any opposition, to exponentially expand its influence on the rest of the world.

It could also be said that India wields other varieties of soft power in addition to its democratic tradition: its Gandhian philosophy, the reach of Bollywood, and Bhangra. For instance, the Modi government has made India’s Buddhist past an element of diplomacy with East Asia. But China is apparently willing to battle India in this department as well, recently challenging India for the title of the land of Buddhism, and calling Buddhism an “ancient Chinese religion!”

To me, the writing on the wall seems clear. It is not realistic to expect a country which has expanded its influence in such a dramatic way and to which much of the world is indebted, to simply continue to play the same role in world relations that it has been playing, rather than a new and more assertive one. India, the USA, and the rest of the world simply haven’t quite grappled with how to respond; the conference reflected this.