IndiaScope: DEMOCRACY AND ITS DISCONTENTS 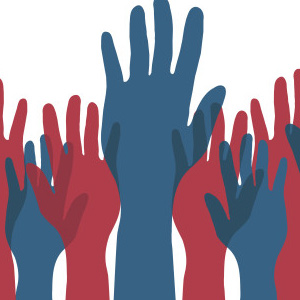 While democratic procedures have firm roots in India, democratic values—equality, justice, human rights—are often absent. From denying their women the right to dress, marry, and live as they choose to the sporadic bouts of violence against minorities and African students, Indian society remains, in many ways, deeply stratified and static.

Recently I read an excerpt from a bold new novel by a young Indian writer, Meena Kandasamy, who writes about breaking out of an abusive marriage after enduring years of marital rape and degradation. For obvious reasons, the novel has struck a chord among Indian women, most of whom have surely known someone at some time in a similar situation. The book’s publication itself underlined the big steps Indian women have taken in the last decade as bills have been passed that go much further than they ever have in the past in protecting women’s rights. But, depressingly, it also brought to light the open and hidden abuse that many women continue to suffer because they still lack alternatives.

I then watched a BBC interview with Indian finance minister Arun Jaitley, who was discussing India’s ties with African countries and describing how India is stepping up its investments into Africa, playing catchup with the enormous Chinese presence already there. Jaitley eloquently rattled off why Africa-India ties were a no-brainer—after all didn’t we share the same experience of colonization/decolonization, and didn’t South Africa enable Mahatma Gandhi’s spiritual and political awakening and views on resisting British rule, and weren’t we once all brothers and sisters in the fledgling Non-Aligned Movement? The interviewer seemed impressed, and only managed to squeeze in a question at the very end about African students and others who have complained of facing continual racism in India. Jaitley deftly dismissed this question, conceding that there had been “two-three” incidents which had been looked into by the government.

The truth is, of course, that Africans, whether they are students or business folk or simply those who have been attracted by India’s economic boom, have confronted systemic and widespread racism and violence in Indian cities like Delhi and Goa. They have faced difficulty in renting apartments, constant and cruel taunts and questions about their skin and appearance, and assumptions that they must all be drug dealers. In the last few years, African students have been maimed and even killed by violent Indian mobs. It saddens me to read about their heart-rending stories which paint an India that appears hideously indifferent to their plight.

It strikes me that since independence, we have done extraordinarily well in the arena of political democracy (what we political scientists refer to as procedural democracy), the nuts and bolts of voting and elections, and triumphal removing from office once-beloved but then failed leaders like Indira Gandhi after her reviled Emergency rule.

But we have during this same time struggled with the democratic values of equality, justice, and human rights, even as globalization has added a complicating factor. We may have enacted legislation that gives women more power to prosecute abuse, but as a society still want to legislate what is appropriate for her to wear. We are more conscious of colorism and its evils within our society, but haven’t necessarily embraced it for those of other races. Although a democratic polity whose constitution enshrines equal rights for all citizens, Indian culture at many levels continues to be understood on the basis of stratification, hierarchy, and more recently, Hindutva. Some have explained the recent violence against different populations in India—women being violently raped, foreigners attacked and discriminated against— as a backlash against a fast-changing world that challenges the parameters of what was once established, known and accepted.

But globalization has also brought in its wake a greater awareness of previously-hidden discrimination, bias, and malfeasance. Indian media, for the most part bold and independent, has exposed each act of violence against marginalized communities and provided fora for discussions. Collective outrage has been expressed on numerous television shows and editorials. Indians are examining themselves and their values to understand recent acts that have shamed the country. Let’s hope that this process leads to legislation that, besides protecting the rights of all and the country’s democratic political culture, will also advance societal values.