IndiaScope: Turmoil and Tragedy in Kashmir 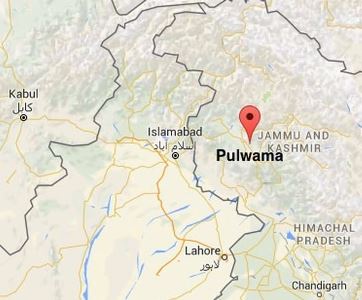 For the first time since the 1971 war of Bangladesh, Indian jets crossed the line of control (LOC) into Pakistani airspace.

India and Pakistan have been consumed by a crisis that arose when forty Indian Central Reserve Police Force personnel in Pulwama, Kashmir, were killed by a Jaish e-Mohammed militant operating from within Pakistan. The sheer numbers killed and the brazenness of the attack left many Indians shocked and gasping. It was not too long before social media was flooded with belligerent calls for tough retaliation. Some called for revoking Kashmir’s special status and autonomy under article 370 of the Constitution. The Indian government, feeling the pressure of the clamoring majority, launched airstrikes on an area in Pakistan they claimed to be a militant stronghold. Many Indians were jubilant, even though reports later came in describing the area as barren and desolate. Then an Indian fighter pilot was downed, captured among the debris of his aircraft. Almost overnight, the euphoria of retribution disappeared and hitherto silent voices on both sides called out for calm and sanity.

This is not, of course, the first time that the two countries have been on the brink of war. Since independence in 1947, they have fought wars and have deescalated crises short of war. Indeed, their first war was fought over Kashmir shortly after independence, and resulted in the United Nations-mediated line of control that even today dictates the status quo.

It might be illustrative to reflect on conflicts past. For my dissertation, I examined a number of crises between the two countries that arose since independence until 1990, and asked the question of why some escalated to war, while others were settled short of it. My cases included the first war over Kashmir, the war over Bangladesh, and also crises that had been successfully settled. I examined factors such as direct and indirect communications between the two countries, relationships between the leaders and the bureaucracies, whether and how the media were used or involved, and how the two powers in that old bipolar world, the U.S. and the Soviet Union, acted to exacerbate or alleviate tensions. I will never forget a wonderful trip to New Delhi as my younger, graduate-student self, drinking endless cups of tea with endless retired bureaucrats and politicians, in their homes and on the lawns of the India International Centre, seeking insight from them about the cases I was comparing. I also had a surprise meeting with former Prime Minister Atul Behari Vajpayee, but that’s part of a different story.

What I found from my study was that in those crises where multiple channels of communication had remained open and the leaders communicated their thoughts through direct governmental channels as well as through the media, the crises were settled short of war. On the other hand, when communications were truncated or otherwise lacking, the crises escalated to war. Again, in those cases where the U.S. or the Soviet Union brought positive pressure to bear to settle, as with the Bush administration in 1990, there was no war. One huge difference between my case-studies and the crises that came after them is, of course, they were not yet both nuclear powers.

So today, we have the two nuclear neighbors poised again on the brink. What do past cases indicate about how this ends? Pakistani PM Imran Khan, a rookie, has so far acquitted himself well. He is keeping communications open, appealing to the Indian government and international community, and asking for good sense to prevail. Khan has made a powerful good faith gesture by allowing the captured Indian pilot to go home. Pressure from the U.S., Saudi Arabia, and the U.A.E. for his quick release reinforces the fact that engaged external powers in the conflict have led to de-escalation.

On the other hand, after initial public belligerence from the BJP, PM Narendra Modi came off as uncertain, uninspiring, flat-footed. The upcoming Indian election played a role. For some traumatized Indians, the retaliatory strikes seemed to come across, at least for a moment, as retribution for the Mumbai terrorist attacks over a decade ago. Then reality set in when the first Indian airplane was downed. Both countries are realizing anew that there can be no winnable wars between two nuclear neighbors, and seemingly stepping back once again from the brink.