IndiaScope: What Binds America and India 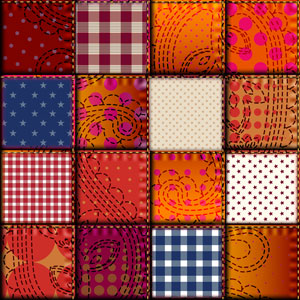 The world’s two largest democracies—one the most powerful, the other the most populous—share ties that have survived the ups and downs of geopolitics for almost seven decades. What keeps them going? Professor TINAZ PAVRI offers her perspective.

Emerging from the Cold War from opposite camps (although India maintained a studied nonalignment, it was of course, very much a Soviet ally), India and the United States eyed each other warily. In the decades of the 1990s and 2000s, both countries began the slow process of reassessing a post-Cold War world and realizing anew that they shared much in common. It took the administration of Bill Clinton to see these ties clearly articulated, and the administration of George W. Bush to take concrete steps that put the relationship on track. The Indo-U.S. Civil-Nuclear deal was signed, heralding a new era in the history of the two countries. Many Indians felt that their economic achievement and ambition within the context of a successful, consolidated democracy had finally been recognized and respected.

Since that time, the relationship sometimes seems to share transformative moments, as during Clinton’s, Obama’s, and Manmohan Singh’s visits, and sometimes seems to drift, languish, and step backwards, as in the final years of Singh’s tenure.

Leaving the official state relationship aside, what ties the two peoples together—what do we really share, and where do we diverge? Does our democratic framework bring our people together despite our many differences? I would argue that it does. The kind of open political system that allows every citizen to register their voice through voting, although never perfect, still empowers citizens despite their differences in class, race, and ethnic group that affect their access to power. There is an optimism despite crushing problems on either side, a cherishing of a system that not every country in the world can say they have succeeded in creating for their citizens. In general, despite their disillusionment and despite the system’s flaws, people in both countries can’t think of anything that might work better. That brings us together.

Both countries share a raucous, aggressive media and social media, blitzing their lives with information overload. Both countries have seen this media become increasingly politicized, but when incidents happen that violate the core of what their citizens believe in—the savage rape of their women or the massive injustice of race, caste, or class played out—the media speaks boldly and freely, and people rally around its call. Both countries believe in women’s freedoms and equalities, despite horrendous incidents that remind us that the road to be traveled is long. Both countries navigate enormous diversity—of religion, class, caste, language, region—as a part of daily life and wear it as a badge of honor. Even in the midst of polarizing events, common, everyday people come together across these lines of division to take part in the democratic experiment. That brings us together.

This does not mean that the road ahead is easy for either India or the U.S., or indeed the relationship between the two. Citizens in both India and the U.S. are today more divided, more aggressive, more impatient, and increasingly unable to agree on fundamental values, a dangerous sign for the health of democracy. In the U.S., age-old chasms along fault lines of abortion and guns grow wider, and in India, religious identity often reverts to belligerent religious fundamentalism. I have watched Hindus and Muslims grow ever apart in India, retreating further away in their everyday lives—schools, colleges, housing, jobs. In the U.S., students of different races seem to be drawing inward in a new segregation, even in the most prestigious of colleges and universities. Globalization has made new scapegoats—in India, bold women who are seen as overstepping their bounds; in the U.S., immigrants who are blamed for the crumbling of hitherto comfortable middle-class lifestyles.

India has shed the brittle insecurities of the past and allowed itself to appreciate how like itself America is. And, as an embattled America looks around and sees a hostile world mired in conflict, it will value India’s friendship more. More Indians and Americans are crisscrossing paths in the new globalized economy, leaving, returning, and leaving again for jobs and opportunity, with newfound facility. They are finding that the country they move to, whether India or America, is a comfortable fit, mirroring basic values that feel familiar within the foreignness.

Dr. Tinaz Pavri is Professor of Political Science and Director of the Asian Studies Program at Spelman College, Atlanta. A recipient of the Donald Wells Award from the Georgia Political Science Association, she’s the author of the memoir Bombay in the Age of Disco: City, Community, Life.