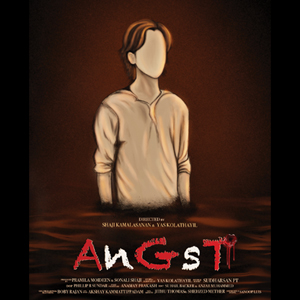 Teenage depression has come to the forefront during Covid-19. So much so that a bipartisan group of senators introduced, early this year, a bill titled Youth Mental Health and Suicide Prevention Act. “Mental health challenges in children, adolescents, and young adults are real and they are widespread,” said Vivek Murthy, the U.S. Surgeon General, in a public statement last year. According to a CDC survey, 37 percent of the U.S. high school students have reported regular mental health struggles during Covid-19. As per The New York Times article titled, “The Age of Distracti-pression,” published in July this year, data from the past two years indicates a sharp rise in prescription drugs for ADHD and depression.

Teenage depression is particularly prevalent among the Asian community. As per a recent CDC study, suicide is the first leading cause of death among Asian American young adults between the age of 15 and 24. Even though there have not been many studies about the South Asian community in the U.S., South Asians, like other Asian communities, face similar peer and parental pressures.

There are several social and economic factors that contribute to teenage depression, particularly in the South Asian community. Most parents want their kids to be at the top of their class and get into medical or engineering streams. As they go all out to meet their expectations, kids are left battling their internal aspirations vs the expectations of their parents and society. This is further compounded by the fact that teenagers are spending a lot of time in the virtual world playing video games without much interaction with the external world.

It doesn’t help that mental health or depression is considered a stigma for Indian parents. They will try their best to hide it or ignore it hoping that it’s part of the teenage years and will go away eventually. Their underlying fear is how society will judge them if their kids have some mental illness. “Log Kya Kahenge?” (“What will people say?”) is a common concern.

Spurred on by this growing menace, a few passionate film aficionados who understand the power of cinema have made Angst, a movie highlighting the suffering behind teenage depression. The topic resonates personally with codirectors, Yas Kolathayil and Shaji Kamalasan, who both have teenage children. Kolathayil is an alumnus of the New York Film Academy. This is his first full-length feature film.

Angst depicts the journey and the internal turmoil of a teenager, how he deals with depression, and the impact that his depression has on his middle-class immigrant family. The story also explores how Indian parents undermine the importance of mental health and put undue pressure on the kids to perform well in academics to maintain their status in society.

The movie is shot entirely in Georgia with the cast and crew from Atlanta and Augusta. It is in the post-production phase and is being submitted to film festivals such as Sundance, Telluride, and Atlanta Film Festival.

The trailer of the movie is available on YouTube. The codirectors can be reached at: yasimk@gmail.com and sunayshaji@yahoo.com