Home > Magazine > Features > Life in America: a Potpourri of Cultures

Life in America: a Potpourri of Cultures 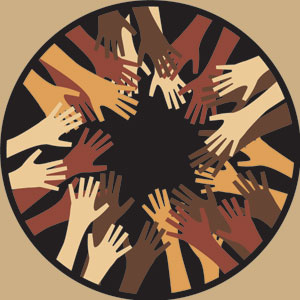 “In China I was Chinese, in Singapore I was Indian, and here … what am I?” This was my daughter’s question a few months after our move to Atlanta. Not yet five, she already had the experience of living in two different countries before coming to USA.

I could understand her confusion. As a toddler living in Qingdao, spending time with Chinese children, she became fluent in their language. She impressed taxi drivers and market vendors with her expressions in Qingdao hua, the local dialect. Oh, the delight on their faces to hear this tiny foreigner speak their tongue and do it with élan! Her command of the language once caused a minor sensation at a restaurant. It brought forth a procession of the restaurant staff, each one coming to pose questions to Ira so that they could hear her speak. But the 3-year-old soon lost her patience and she made this loud declaration “Wo bu shi Indu ren, who shi Qingdao ren!” I am not an Indian, I am from Qingdao. Though the child’s intent had been to tell the others not to pester her any more, her annoyed statement earned her a round of applause.

From a place where we had just a handful of Indian families around us, we moved to Singapore where we were surrounded by them. Indian festivals turned out to be big affairs, in stark contrast to the way it had been in years past. Diwali became a busy time of the year with multiple parties over the same weekend, gala celebrations at a club. Holi was not played in streets, yes, but there was an entire beach where you could play with color. You did not have to limit yourself to buckets of water—the sea was right at your footsteps. Celebrating in the midst of that crowd and going to a preschool where there were many more like her, Ira did not have doubts about her identity.

Another move and we found ourselves in Buckhead, Atlanta. Ira was in a classroom where she was not part of the majority. Speaking from the comfort of our situation, my answer to her was clear enough: “You are an Indian who lives in the USA.” I was new to the country and it would take me a while to pick up the distinctions when Indians talked of their own kind, to get familiar with terms like FOB, ABCD’s and Oreo cookies. I felt a certain distance from all the different categories when I explained my position. Unlike many of my friends who came here for good, we came here as transitional residents. This country was a work location, like many others. And just like those other countries, it had its own cultural traits—some admirable, some not.

I saw no reason to jettison our Indian identity and deny our family’s links to the country we came from; the term ‘Indian’ did not have any connotations of inferiority. In my view, the recent comments by Governor Bobby Jindal about hyphenated Americans carry an underlying judgment about cultures, that one is perceived superior to another. I do understand that his political ambitions drive his comments but I have heard versions of his opinion in other places.

During my stay in Singapore I ran a small Hindi program for children. While canvassing support for it, I heard this from many an Indian parent — “I don’t see why my child should learn Hindi; we will never go back to India.” Is the fear of looking parochial at the root of such a view? Is it almost mandatory to look at all things Indian with disdain once you have made your life in a another country? Isn’t a language much more than a mere list of utilitarian words?

Granted, no one wants to appear conspicuously different in a new country. My experience with my daughter shows me that even a small child is aware of the need to blend in. Does that have to be at the cost of doing away with a part of yourself?

As a friend pointed out to me, the terms assimilation and identity are finely nuanced ones, lending themselves to personal interpretations. Going from individuals to a larger scale, any country with diversity is faced with the dilemma of finding a way to weave in the various skeins that make up its social fabric. Multiculturalism, as a topic, has made its rounds in academia with different scholars offering different views. It has been bandied about by politicians in Western Europe, who defend their restrictive immigration policies by saying the idea of multiculturalism prevents new groups from assimilating into the host culture.

A recent article in the Huffington Post, (“How Racism Created America’s Chinatowns”) traced the origins of American Chinatowns to racism and discriminating legislation. Reading it made me realize that we are for-tunate to be in the USA at a time when there are no restraints on us, dictating where and how we should live. This freedom gives me a chance to socialize with different people, the ones who are born and raised here as well as the ones from outside who have made the USA their home. It has allowed me to observe a quality which has made the biggest impression on me— the willingness to give your time and energy to a community. An elderly gentleman I have often seen with a spraying can at the tennis center tells me “I can’t be on the courts any more, but taking care of the weeds, that is something I can still do.” Neighbors coming together to pick up trash from a park or a nearby creek, organizing an outreach event to sensitize drivers about the cut through traffic on our streets—I find such collective effort commendable. I make an effort to involve our- selves in such endeavors. Ira has pitched in at school cleanups and she was there, alongside neighbors and friends, on a community service project organized around MLK Day.

In a world where societies are becoming culturally diverse in their populations, thanks to economic and political forces, it would be a pity to insist on only one kind of an identity, uniform and singular. Such an at- tempt would make you close your eyes to the myriad ways in which cultural influences can play out. It is an attitude that denies that something beautiful can come from the intermingling of traditions—a hauntingly beautiful example of this is the Sarabande of Bach’s 5th Cello Suite. Yo Yo Ma, in his description of its origin, tells us that at the heart of the composition lies a Bedouin dance. In the oeuvre of a musician who belongs to high culture, we find the music from a people who were often labeled as barbarians. Did Bach know that the dance was African? No, it came to him through Spain and France. Did he incorporate it in an attempt to appear culturally diverse? No. I’d rather believe that he found inherent beauty in the music and chose to work with it.

Will our children find similar ability in them- selves to transcend narrow labels and to cultivate an ear that listens to not just a single story but multiple ones? My hope would be that when faced with a hyphenated identity, my daughter does not feel compelled to choose sides, that she is able to inhabit the hyphen, as it were. That she feels that she can take in aspects of both, freely and without embarrassment.