Living: Health in a Pot 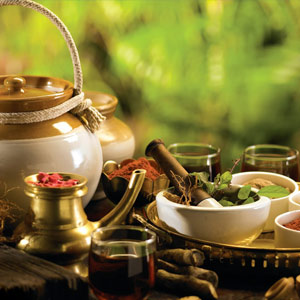 With changing lifestyle choices, traditional medicines derived from roots, leaves, and stems are today finding new audiences the world over. India, however, has been at the heart of this movement for centuries.

India is often referred to as the botanical garden of the world. Around 6,000 of 45,000 known plant species in India are used for making traditional medicine. According to the National Centre for Biological Sciences, the use of herbal medicine in India dates back to the 2nd millennium BCE.

A walk down the aisle of any supermarket tells the tale of these super-ingredients, derived from roots, leaves, or extracts of plants that heal “naturally.” In fact, they are increasingly making their presence in the products used for nourishment and beauty.

Long before the spice route opened the West to India’s riches, travelers, philosophers, and physicists were looking at its knowledge and advanced understanding in the field of health and medicine. Mentions of traditional Indian medicine are found in Charaka Samhita and Sushruta Samhita, the earliest known writings of Ayurveda.

Counted among one of the world’s oldest systems of medicine, Ayurveda’s early writings focused on finding the origin of a disease to provide wholesome healing based on the elements it believed had created the balance for a healthy human body. This continues to be the basis of Ayurveda’s healing process to this day. While Ayurveda finds prominence in ancient Indian medical history with an increase in trade and cultural influences, the region also witnessed the practice of Unani, Sidha, and SaRigpa, which influenced and were influenced by the Ayurvedic philosophy.

The Unani stream traces its origin to the Hippocrates school of thought in ancient Greece. And much like Ayurveda, Unani stresses on balance created by the harmony of certain physiological elements in our body. The use of medicinal plants finds place in Indian mythological texts, including Ramayana. In the final days of war against Ravana, Hanumana was asked to find sanjeevani herb to help bring an injured Lakshmana back to life. However, botanists are not yet convinced that a plant can have life-saving qualities. 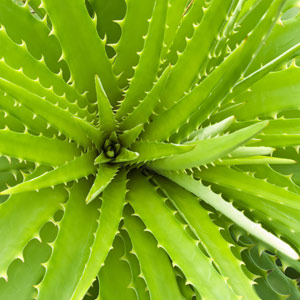 Aloe Vera
This succulent has been popular for over 5,000 years. Packed with vitamins, minerals, amino acids and fatty acids, it is one of the few plants that has Vitamin B12.  An adaptogen, it helps with digestion.  Aloe vera’s healing properties make it great for treating burns.  It is available in juice form and used in beauty products.

To date, traditional medicine continues to use thousands of plants to heal. For example, aloe vera, increasingly used in cosmetics now, was long seen in Ayurveda as a medicinal plant due to its ability to heal burns, condition skin, and even treat liver diseases like jaundice. Cinnamon is used extensively in Indian cooking and is not just a spice that adds flavor to the dishes but also one that aids digestion. 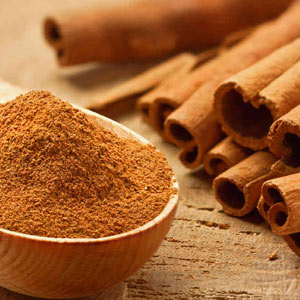 Cinnamon
Used extensively in Indian cooking, cinnamon aids digestion and reduces cholesterol and blood sugar levels. Cinnamon oil is also known for its antibacterial qualities and its use in tea or other food preparations.  It helps fight common flu.  Its antioxidant properties make it great for the skin.

Likewise, the neem tree has seen extensive use in India for medicinal purposes. Known for its antiseptic and anti-viral qualities, it has come into its own in both personal and community health maintenance and organic farming. India’s tribal population has been known to practice herbal medicine for ages and relies on it even today. Their knowledge of plants and their properties, in fact, played a major role in early works of medicine like Charaka Samhita.

Several studies carried out in the western Himalayas reveal that locals used plants in the absence of medical infrastructure to treat ailments like eye disorders, joint pains, kidney stones, and even urinary tract infections.

A recent study, “Traditional Use Of Medicinal Plants Among The Tribal Communities of Chhota Bhangal, Western Himalayas,” reveals that 35 varieties of plants were used by the community to treat common ailments. Most of this knowledge was passed down generations through word of mouth.

A variety of medicinal plants are a part of daily life in India. While using them as ingredients in cuisine has been one way that our diverse communities have managed to incorporate medicinal plants, they find an important place in beauty therapies, too.

Henna and shikakai have been used in the subcontinent for coloring hair and making it shinier. Amla, a rich source of Vitamin C, has found use in hair products for its ability to strengthen hair roots. Similarly, orange and cucumber have long been used to make face packs as they have the natural ability to remove wrinkles. Rose water and rose oil are important ingredients in beauty products due to anti-inflammatory properties. Therefore, it is not difficult to see why a number of modern cosmetic products use the power of natural herbs. Understanding their medicinal qualities can help us not just in using them better in their original form but in choosing the right products from the shelf, too.