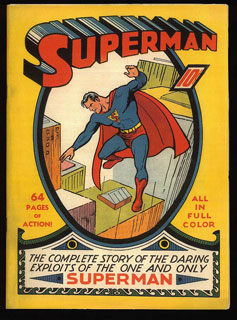 A young black American man waits to hear the crack of the starter’s gun. He stares straight ahead at the white-lined track and does not shift his gaze to the 100,000 spectators who have crowded into Berlin’s Olympic Stadium, nor does he acknowledge the presence of the Führer, Adolf Hitler. In a few days the Nazis will implement their hellish plot to kill all of Europe’s Jews and other “lesser” races, but for these 1936 Olympic Games, they wished to show the shining possibilities of the Third Reich and to demonstrate the physical superiority of the Aryan race. The gun fires, the race begins. In ten seconds, Jesse Owens becomes an American hero for the ages.

In 1938, another proxy battle takes place, this time a boxing match at New York’s Yankee Stadium between the black American boxer Joe Louis and the powerful German fighter, Max Schmeling. Think the pressure isn’t intense? President Franklin D. Roosevelt tells the fighter, "Joe, we need muscles like yours to beat Germany." In his 1976 biography, Louis wrote, "I knew I had to get Schmeling good. I had my own personal reasons and the whole damned country was dep-ending on me." The bell rings, the first round begins, and Louis unleashes a furious barrage of devasting jabs and powerful hooks. In two minutes, Joe Louis becomes an iconic American hero.

Our country needed sports heroes like Owens and Louis during the dreary days of the 1930s, and if we could demonize their German opponents, so much the better. As late as 1938, unemployment remained at 20 percent, millions of people were hungry, and the once golden streets of America were seemingly owned by lawless gangsters and organized mobs. God, are you there? God, please, will you answer our prayers? Lord, have you abandoned us? Such were surely the cries and prayers of the American people. We needed a hero or our God to appear, and one did.

Welcome to the Adventures of Superman!

Is there a more famous American figure than the Man of Steel? Who hasn’t heard, “Look! Up in the sky! It’s a bird! It’s a plane! It’s Superman!” How many millions of American kids, like me, have tucked a towel under a back collar, climbed onto a picnic table, all for the purpose of launching ourselves into empty air while shouting, “I’m Superman!” It is easy enough to enjoy today’s Superman comics books, television shows, and movies on their own merits, but it is much richer when we consider the full biography of this transcendent cultural figure, birth date 1938. We begin our story in 1932.

A Jewish immigrant, Mitchell Siegel, is shot at and dies when robbers enter his clothing store in Cleveland, Ohio. Some say he died from the bullets, but the official police reports say no, he suffered a heart attack during the robbery. No matter. The family, including an inventive son, Jerry, grieves. A year later, Jerry, and his friend Joe Shuster create America’s first superhero, "The Superman."

Imagine, for a moment, if Superman had been born out of the imaginations of two peace-loving Hindu boys from Lahore in 1947. Their Superman would have been a mix of Gandhi and religion, and would have reflected the life they knew. So it was with Jerry Siegel and Joe Shuster. Though Siegel never spoke about his father’s murder publicly, an early version of the comic book shows Superman swooping in to stop an armed robbery. It was the Jewish angst and religion that poured into the being of America’s first super-hero.

As most of us who grew up with a steady diet of Superman television shows and comic books remember, our hero came to Earth as a baby from the planet Krypton, sent here by his parents due to the pending destruction of their civilization. In the very first issue of the comic book, published in June, 1938, we learn that after he survives the crash landing in a cornfield he is found and raised by two Kansas farmers. Our newly arrived alien has a dual-person-ality. His “human side” is the humble, meek, and underappreciated Clark Kent, a wimpy sort of male who wishes to blend in with his surroundings, but nevertheless hopes that others will see and appreciate his hidden talents and gifts. When he assumes the role of Superman, he is honored and recognized. Such was the furtive nature and secret longings of the Jewish world in the 1930s, to both simultaneously blend in, and be appreciated.

According to Jules Feiffer writing in the New York Times Magazine upon the death of Siegel in 1996:

There he was, a first-generation Jewish boy of Russian stock, planted in the Midwest during the birth of American fascism, the rise of anti-Semitism… Jerry Siegel’s accomplishment was to chronicle the smart Jewish boy’s American dream…It wasn’t Krypton that Superman came from; it was the planet Minsk or Lodz or Vilna or Warsaw (all cities in eastern Europe).

Superman’s original persona was far more modest than today’s muscular being. In the first comic book, we learn that, “He could hurdle skyscrapers, leap an eighth of a mile, raise tremendous weights, run faster than a streamline engine, and nothing less than a bursting shell could penetrate his skin.” As Christopher Knowles writes:

Superman, the first of the great superheroes, didn’t fight robots or space aliens in his early adventures; he fought the villains that people were really about at the time: gangsters, corrupt politicians, fascists, and war profiteers.

Superman, along with so many other comic book heroes, such as Batman, Spider-Man, the X-Men, and the Hulk to name a few, were created by Jewish immigrants. Al Jaffee, of Mad magazine fame explains, “We couldn’t get into newspaper strips or advertising; ad agencies wouldn’t hire a Jew. One of the reasons we Jews drifted into the comic book business is that most of the comic-book publishers were Jewish. So there was no discrimination there.”

During the course of seven decades, Superman’s enemies changed, often reflective of the times. In the July-August 1942 edition of the comic book, we see Superman standing on the Earth, holding Hitler and the Japanese by the scruff of their necks. In the May 1945 issue, Superman is on the cover, telling us that “The American Red Cross needs your support! Give generously!” After the end of the war, and in the intervening decades, Superman has challenged an ever changing array of enemies and social issues. In the passage of time, as Professor Harry Boyd writes with wit and insight, Superman, the person and narrative has gradually morphed from being Jewish, into more of an invincible, supernatural Christian, reflecting and symbolic of Jewish assimilation in American culture.

Unfortunately, neither Jerry Siegel nor Joe Shuster made money from their Superman creation, for when they accepted the initial offer to publish Superman, they sold all of their rights for a paltry $130. A few years ago, a pristine copy of the first Superman comic book sold at auction for $3.2 million.

Many decades have passed since I shouted, “I’m Superman.” The superheroes of today are too powerful and violent, at least for my tastes, so I often search in the shadows of forgotten history for inspirational stories, such as the two on which we end our story.

Remember that great German boxer, Max Schmeling? He had been unfairly cast, even demonized, as a Nazi sympathizer prior to his bout with Joe Louis. But after the war, he received an award from the International Raoul Wallenberg Foundation for risking his life to hide two Jewish brothers during Kristallnacht, that hellish night of November 9, 1938 when Jewish homes, businesses, and synagogues were destroyed by Nazis troops in Germany and Austria.

Jesse Owens would go on to win four Olympic medals during the 1936 games. After his final victory, a German competitor, Luz Long, walked over to Owens and hugged him right in front of Adolf Hitler. Mr. Long died in 1943 while fighting in World War II. In his final letter to Owens he writes, "Someday find my son ... tell him about how things can be between men on this Earth."

In the early 1960s, Jesse Owens found the son, made the journey, and conveyed the message.

Superman famously stood for “Truth, Justice, and the American Way.” Such words we can surely accord to two very unlikely Supermen, Germans Max Schmeling and Luz Long.


Americana is a monthly column highlighting the cultural and historical nuances of this land through the rich story-telling of columnist Bill Fitzpatrick, author of the books, Bottoms Up, America and Destination: India, Destiny: Unknown.