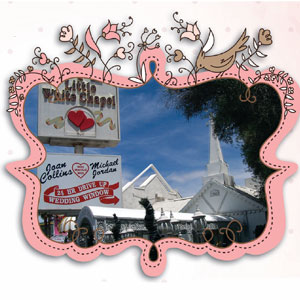 Always get married early in the morning. That way, if it doesn't work out, you haven't wasted a whole day. —Mickey Rooney

In the sultry air of a languid Charleston, South Carolina, evening, a woman with a mind-boggling figure, dark, luxurious hair, glossy red lips, and brown eyes that whisper, “I’m interested,” unlocks and then opens the door to her one-bedroom apartment. I stand outside that door, knowing it is up to me to accept her invitation to step inside for a “nightcap,” or not. As I consider the offer, I think of the great Catholic theologian and saint, Augustine. It’s not as unlikely as it may seem. As a young man Augustine often prayed, “Lord give me chastity and temperance, but not quite yet.”

Welcome to the madness and chaos of love, American style!

How else to describe a land where in matters related to one of life’s most important decisions—marriage—we lean on hormones instead of reason, whims instead of values, and immediate pleasure at the expense of long-term consequences? Where we say we value marriage, yet are quick to divorce? Where we talk about the importance of family and our Christian religion, yet over 40 percent of our children are born to unmarried mothers?

In the early 1600s, the “Puritans,” seeking religious freedom, left their home in England and set course for our northeastern shores. Upon their arrival they settled towns, built unadorned churches, and raised the families in accordance with their austere version of the Christian religion.

The Puritans, with roots in Christian-Protestant theology, held marriage in the highest regard, viewing the institution as the foundation of a civil society. To be sure, Roman Catholics, Christianity’s other main denomination, also view marriage as important, but not with the intensity of the early Puritans. Given that Catholics did not arrive in significant numbers until the 1850s, the Puritan view of marriage took hold in American life and culture.

It may seem odd to assign the root cause of America’s high divorce rate to these same marriage-loving, God-fearing Puritans, but we will. The Puritans, consistent with the Christian-Protestant doctrine, believed that all individuals have a direct relationship with God. Divorce, therefore, was viewed as a matter between the individual and God, subject to the secular laws of the land. Catholic authorities, on the other hand, believe that only the church may approve a divorce request. Today, due to our Puritan-Protestant heritage, American divorce rates are significantly higher than those of the Catholic-dominated countries of Western Europe.

In 1850, America consisted of 30 states, had the same population as modern Mumbai, and 85 percent of the people lived in rural communities. The necessities of our modern life—electricity, gas-powered machines, and instant messaging—were decades away. The life expectancy for a white male at birth was 38 years, but if he made it to 20, he would live to the ripe old age of 60.

Marriage is similar to a business partnership, complete with divisions of labor. The males of that period work the farm and females tend the home. The failure of either party to hold up their end of the bargain is material. When the wife makes her marital decision she needs to choose wisely because the courts barely recognize women’s legal rights after marriage, and there are no government safety nets. Due to short life expectancies, there will be no “golden years.” Such are the realities of love, American style, not just in 1850, but for decades to come. It won’t be until 1920 that our population will be equally divided between urban and rural.

In the 1960s, women will fight hard for their equal rights, often battling the stereotypes of America’s rural days. My metaphorical “sisters” will not want to be called “the little woman” or “darling,” no longer will be satisfied being “barefoot and pregnant,” and will not necessarily view the man as the default “head of household.”

Andrew J. Cherlin, a sociology professor at John Hopkins University, is an expert on the American family. In The Marriage-Go-Round: The State of Marriage and the Family in America Today, he describes the dramatic changes in American life from 1900-1960, including a migration of people from rural areas to the city, smaller family sizes, and longer life spans. For possibly the first time in Western world history, he notes, there were long periods of time without small children at home. These factors altered the dynamics of relationships, giving rise to the “Companionate Marriage and the Male-Breadwinner Ideal.” This model takes into account the importance of emotional ties between wife and husband—their companionship, romantic love, and sex life, while acknowledging the man as head of household.

My parents and other members of the Greatest Generation fall into this recognizable category. Even though the divorce rate steadily increased through the 1950s, the fact that a majority of these men and women stayed married is a testament to their adaptability, strength of religious beliefs, and cultural norms.

The ability of a married couple to adjust to change is hardly the exclusive property of America, nor are we the only country to struggle with martial redefinitions, as we are reminded in the beautiful 1964 Indian film, The Big City: Mahanagar. In the movie we learn that the husband is unable to earn enough money to support his large traditional household. His wife, wishing to help and test her own skills, lands a job as a salesperson. Scandalous! With its focus on relationships and social change, it is a disservice to categorize Mahanagar as an “Indian movie,” movie critic Roger Ebert noted. Further in the review, he chastised Hollywood for not producing films of similar quality.

The availability of birth control pills in 1960 redefined male and female relationships. The pill, by eliminating the fear of pregnancy, provided unmarried women with greater possibilities for safe, premarital sex. To be sure, other obstacles, including lingering social stigmas and religious beliefs persisted, but in the decades to follow those barriers fell, too. When they did, women were free to act with the same impunities that men have historically enjoyed, and sexual equality was achieved.

Cherlin, in assessing contemporary marriages, notes that today’s couple think more in terms of self-development within the framework of marriage, as opposed to the satisfaction that they might gain through pleasing their spouse and children. This latest iteration of love, American style, he categorizes as the “individualized marriage.” The final chapter of his book is called, appropriately enough, “Slow Down.” In it he details his very real concerns for the future well-being of a society where today, we have the highest level of voluntary partnership turnover, ever.

In a land where we select our own partners, biology is an important part of love, American style, as detailed in the fascinating book, Do Gentlemen Really Prefer Blondes, by Jena Pincott. The author has a science background, a bent for data, and a wicked sense of humor. This is what she found when she researched: What do women and men value in a partner?

In thirty-four of the thirty-seven cultures surveyed, men cared much more for a physically attractive spouse than women. Only in India, Poland, and Sweden did men reportedly not value their wife’s looks all the much more than women cared about their husband’s.

In every one of the thirty-seven cultures, men prefer their wives to be younger.

The story has been told over and over again. Women evolved a preference for partners who are good protectors and providers. Men evolved to invest their resources in women who have qualities related to fertility. The startling thing is, even in the twenty-first century, these mating biases not only hold true but are basically intact everywhere around the world. Times have changed, but we haven’t.

It’s been several decades since that long ago night, when in the sultry air of a languid Charleston evening, a woman with a mind-boggling figure, dark, luxurious hair, glossy red lips, and brown eyes that whispered, “I’m interested,” unlocked and then opened the door to her one-bedroom apartment. I stood outside that door, knowing it was up to me to decide whether to accept her invitation to step inside for a “nightcap,” or not.

“No thank you,” I said, sensing she was not my type. Such are the rational decisions women and men are required to make in the madness of love, American style. As a struggling Augustine once observed, it’s not easy.