Excerted from book by Clark Howard 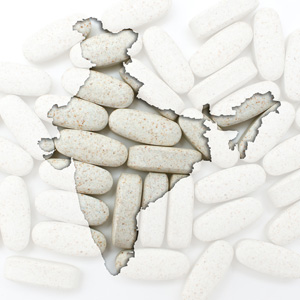 Ditching the impossibly cost-prohibitive medical procedures in the U.S. for costeffective alternatives overseas is not an easy decision for many Americans who are often skeptical about what to expect in Third World countries like India. But like Willy Bearden, a documentary filmmaker from Memphis, Tennessee, many are giving a resounding thumbs up for this route, and not just for the low costs.

In 2008, around the same time that increasing health insurance costs forced 62-year-old Willy Bearden to take a gamble and go without insurance, he started noticing a worrying tightness in his chest. For three years he tried to live with the problem, afraid that a diagnosis and the following treatment would be too expensive. He finally saw a cardiologist, who confirmed that he had clogged arteries. Willy learned that the costs of a heart bypass surgery which he might end up requiring, would be high enough to bankrupt him.

The following extract from consumer guru Clark Howard’s latest book, Living Large for the Long Haul, recounts how Willy found a way out.

“The price I was quoted here was a nebulous ‘$150,000 to $300,000’ figure [for the bypass.] That stopped me in my tracks and got me on the path of searching out alternatives,” Willy says. Within 14 days, he used the research skills critical to documentary filmmaking to learn everything he could about medical tourism. He honed in on India mainly because of his wanderlust for a place he’d never been before.

Willy targeted a Fortis Hospital location in the bustling Indian city of Bangalore and read the bios of all their doctors online. He emailed a Doctor Vivek Jawali and got a response within a day. He asked for a picture of the hospital rooms where patients stay—and they weren’t what he imagined. “I was relieved to see a modern hospital room with a desktop computer, TV, and modern amenities…It was simply the nicest hospital room I had ever seen,” Willy says.

He probed for further info, such as the hospital’s rate of staph infection and patient testimonials. Everything he read put his mind at ease. “I think we’re all wired to think there’s some gimmick, some catch, but there was none here. Admittedly, I took a huge risk, but I could see no other option.” 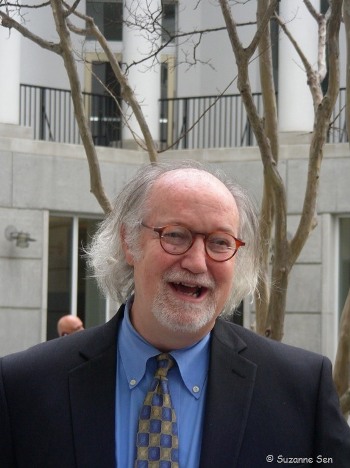 On January 10, 2011, Willy started his trip to India. When he arrived in Bangalore, hospital staffers were there to pick him up and help him settle into his hospital room. Everybody spoke English.

Willy told me he felt like these people genuinely cared about him—a feeling he had not necessarily gotten from the U.S. medical establishment. That’s something money can’t buy. “The nurses and staff were so friendly and interested in me. I have always been a good judge of character, and have always prided myself in seeing beyond what is said. My dealings with the Indian people, whether the janitors or the X-ray technicians, were positive and very human. I felt the compassion and care from these former strangers at a very deep, very personal level.”

The next day he had a heart catheterization and learned all four coronary arteries were blocked 70 to 90 percent. He was going to need bypass surgery. At that point, reality set in. Here was Willy, a stranger in a strange land, 9,028 miles from home, needing to have his sternum sawn open and his heart dissected.

That was when he met Dr. Vivek Jawali in person for the first time. It was Friday. “I had deluded myself, somewhat, by believing that mine would be an easy fix, and I was staring at the reality of having my chest cracked open and my heart completely re-plumbed. It was scary,” Willy remembers. “After a while, I sat and talked with Dr. Jawali, who drew on a piece of paper exactly what he was going to do to my heart. I was so moved by his manner, his compassion, and his intelligence, that I was completely OK with going ahead with the surgery. That, and the fact that I probably would have been dead in six months if I hadn’t had the surgery.”

After their talk, the five-hour bypass surgery was scheduled for the following Monday. It went off without a hitch. Willy’s post-op care consisted of attentive nurses and regular visits from Dr. Jawali. “[Following the surgery,] he looked at me and said, ‘You are just as important in this as I am. You have a huge role to play in your recovery, but I can tell from your face and your demeanor that you’ll come through this just fine. In fact, you will be so surprised at how quickly you’ll bounce back and be healthy again.’”

Two days later, Willy was up and ambling around the hallways. “I had the surgery on a Monday, and by Friday I had been up walking around the hospital floor so much that I was feeling great. I decided to put my T-shirt and blue jeans on. The nurses were very concerned about this and wanted me to put my pajamas back on, but Dr. Jawali told them to let me do what I felt like doing. I think the act of putting my clothes on was a very important psychological step for me. I felt as if I had gone through this incredible journey and I was on the other side of it—alive.”

Within a few days, Willy was able to check out of the hospital and into a 4-star Bangalore hotel called the Woodrose for $100 a day, which included three vegetarian meals daily in the restaurant.

He had continuing checkups with Dr. Jawali, but the balance of the conversation switched to the doctor’s curiosity about Willy’s film work. That’s when he knew he was fully on the mend.

After 18 days in India, Willy got on a plane and made the long flight back to Memphis. Back stateside, he gets free follow-up care from a friend who’s a nurse practitioner, and his long-term post-op recovery is overseen virtually by Dr. Jawali. (Willy is now even Facebook friends with Dr. Jawali!)

The total cost for the extensive medical care Willy received in India? $9,000. That is not a typo. That’s nine-thousand- dollars. He paid for it on his debit card! His airfare, meanwhile, was $1,500 and his hotel stay cost him $500.

Willy has since become something of an ambassador for medical tourism. He’s done interviews with local Memphis papers and appeared at the third annual India Summit at Atlanta’s Emory University to share a patient’s perspective on medical tourism.

According to Deloitte Center for Health Solutions, 875,000 Americans went abroad for procedures ranging from dentistry to elective hip replacement to bypass surgery in 2010. And that number was estimated to have increased to as much as 1.6 million in 2012.

Now Willy plans to pay it forward. Another friend of his is going to Bangalore for heart valve replacement surgery, so he’ll pick up the tab for that friend’s post-hospital hotel stay.

Link:
"Three Ways to Improve U.S. Healthcare, as Demonstrated in India
A cardiologist's experience in practice and travel"
By JOHN MANDROLA, DEC 10 2013.
http://www.theatlantic.com/health/archive/2013/12/three-ways-to-improve-us-healthcare-as-demonstrated-in-india/282032/