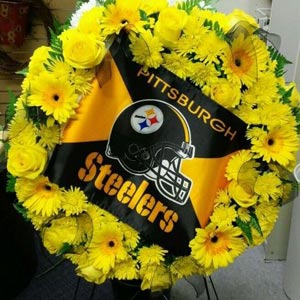 Writer DEEPAK SINGH, born in India and married to an American, has been in the United States for 13 years—but he wasn’t prepared for his father-in-law’s Christian funeral ceremony.

I have now attended most, if not all, kinds of ceremonies in this country. I have been to American birthday celebrations, American baby showers, and American wedding ceremonies. Last year I got the opportunity—rather, inopportunity—to attend an American funeral ceremony. My father-in-law passed away after spending months battling several diseases. He was 60. Everyone was sad to see him go so early. I was sad, too.

Growing up in a Hindu household in India, I attended more funerals than I can remember, but I never paid attention to my clothes. For the funeral in Pennsylvania, my wife gave me very specific instructions about what I was supposed to wear. I had to buy a couple of dark-colored shirts and pants for the occasion. For reasons I cannot fathom, I was rather tense. I had no idea what to expect.

The funeral observances were going to last two days. One day for visitation from family and friends, and the next, for the funeral ceremony. When we arrived at the funeral home, a young lady in a black suit greeted us with a tight-lipped hello at the main door. She led us to a large room and ushered us in. There were several family members, ladies in beautiful black dresses and men in suits, gathered around my father-in-law’s body at rest in a large casket. It was open for the viewing. I took a look. I was expecting him to appear as he did when I’d last seen him, a few days before he died—emaciated, very rough. But that’s not how he looked lying in the casket. His face appeared twenty years younger. Rosy cheeks, full lips. A shiny Pittsburgh Steelers hat on his head. I later learned about embalming, the process of drawing of the blood and injecting fluid into the body. I stood there thinking—thinking that no one was holding his hand, or touching his cheeks, and shouting, “Wake up! You can’t leave us like this.” That happened at almost every funeral I went to in India. That is not to say that it was easy seeing someone talking to a dead person’s face.

I saw someone get close to the casket and mention, “They did a great job.” I was perplexed, unable to decipher what could be a “great job” at a funeral and yet conscious that this was an inappropriate time to ask for enlightenment.

I looked around and noticed that the funeral home was a beautifully lit large room. Ozzy Osbourne’s music played through the speakers at the special request of the family, in honor of my father-in-law. I walked around and saw the pictures hanging around the walls. The pictures were of my father-in-law when he was a kid, a teenager, an adult and a middle-aged man. This reminded me of the custom of hanging a marigold garland around the photo of deceased people in Hindu culture. A garland made of marigolds around a portrait of a person is indicative of his not being alive. Family members often keep these portraits at home and garland them with fresh flowers as often as they can.

I saw ladies hugging other ladies, wiping their tears with tissues. It is always hard to know what to say to people grieving in any culture, but I was at a total loss here. I was a son-in-law, but I was also the only foreigner. I knew some of the people, but I didn’t have the faintest clue how to behave in this situation.

I wanted to hug my mother-in-law, but I didn’t know what to say to her. Just hugging her and then standing there would be awkward, I thought. I tried to pay attention to what others were saying, but I couldn’t hear anything properly.

Most of the women had tears in their eyes, while the men were stoic. Every time I looked at them, they gave me a nod. That was it. I wanted to make conversation, but didn’t want to talk about irrelevant things. I wanted to hold their hands and console them, but the absence of any obvious emotion held me back.

I couldn’t help comparing this scene to my Indian experiences of funerals. It was hard, emotionally, to carry the body on your shoulders, or travel with it in a truck, to the cremation ground and then watch it being burned before your eyes. After standing close to several pyres for hours next to a riverbank, watching the howling flames swallow up the dead body amid the pungent odor of ghee, wood, and flesh, I always returned home with a part of me dead.

In Pennsylvania, I stood around that day for several hours, and returned the next morning for the formal funeral ceremony. When it was over, someone said the funeral home was going to be shut in the next 15 minutes. We had to leave. I waited for the next step. Someone said we were going to a bar. A bar, I thought? Yes, a bar. A bar where my father-in-law might have gone if he were alive. I never think of going to a bar in general. But going to a bar in the middle of the day right after a funeral? Only later did I realize how celebrating a loved one’s life was just as important as grieving his death.

So, we went to the bar for lunch and drinks with family and close friends. There, people talked about the weather, football, beer, and burgers. When we got ready to leave the place, I thought the funeral was very different from the ones I had been to in India. Then I saw a couple of tears rolling down from behind the dark glasses of one of the men. That made me think: we aren’t all that different, are we?

Deepak Singh has written for NPR, The Boston Globe, The Atlantic, and The New York Times. His book, How May I Help You? An Immigrant’s Journey from MBA to Minimum Wage, has been released by the University of California Press.