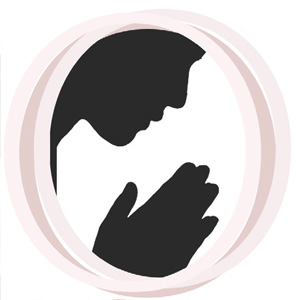 The stir caused by the presence of a scantily dressed woman during a recent visit to the temple had the author pondering about the propriety of attire in places of worship.

A few days ago I was at the beautiful Shirdi Sai Temple in Suwanee, Georgia. It was 12:00 noon on a Thursday and the aarti was in progress. The temple hall was brimming with devotees who were eagerly awaiting their turn to participate in the holy rituals. The atmosphere was full of devotion as everyone chanted the aarti in harmony. The huge idol of Baba, resplendent in majestic robes, gleamed brightly, radiating energy and love.

Midway through the aarti, I sensed a kind of discord and heard a niggling murmur. Some people were turning their heads and scowling. Curious, I followed their glance. In the line, on the left of the hall, stood a young woman, perhaps in her mid-thirties, focusing on the idol and standing quite straight. She was dressed in a cream-colored tank top and the tiniest of short shorts, which were bordering on hot pants!

Like the others, I stared, livid. How dare she! This was a temple! Did she imagine she was on some beach? It might have been okay if she was a ten-year-old, but this was ludicrous. I just stood there seething, the aarti all forgotten, the devotion all dispersed.

After the initial anger, I turned toward my Baba and tried to concentrate. “Om Sai Ram, Om Sai Ram,” I chanted. One train of thought led to another. Trying to be rational, I thought to myself, “What would make someone dress like that to a temple? I seriously doubt if she thought, ‘Oh! It’s Thursday, let me wear my short shorts and tank top and go to the temple half-naked.’” There had to be another explanation. Surely she could feel the disapproving glances burning her back. But there she stood, ramrod-straight, hands folded in prayer, engrossed, eyes focused only on Baba, dutifully chanting the aarti. She seemed the most devoted person there!

People were looking at her slyly, silently aghast, making eye contact with each other and shaking their heads, tut-tutting. The middle-aged man in shorts beside me glanced at her and smirked. The irony was not lost on me and I glared back. In fact, there were quite a few gentlemen in shorts, albeit the long kind. The women, too, were in myriad modes of dress, from saris, suits, and longs skirts, to dresses and capris. All below the knees, though.

By this time the object of our scrutiny was right up at the front, waving the chamar to Baba. Everyone could now get a full and undivided look. But no one said anything, just gave each other sanctimonious looks. In a little while she bowed in front of the priest while he placed the blessing crown on her head, gave her the holy water and holy prasad. He didn’t speak a word.

I then thought to myself, how liberal our religion is! Here is a half-naked woman in the temple, and the priest is blessing her. There is no religious gestapo at the entrance handing out dupattas or cloaks to cover yourself in, or denying entry on account of dress. I know there are many religious places that will not let you in unless you are clothed head to toe. I highly regard that as respect for God. But I also applaud the tolerance of the Hindu temples.

Does God really care what we are wearing? I know in my heart that my God cares only for my devotion and my love. It is my respect for the divine that urges me to make sure I am dressed decently.

Sonia Sharma is an Atlanta area resident for 20 years, and is keen on passing on her heritage and traditions to her three children.