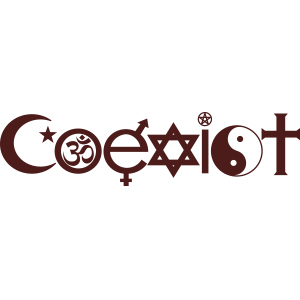 I had believed my education and professional experience had made me objective and unbiased toward people from cultures and races other than mine. You see, as a physician, I was trained to see the physical anatomy of all human beings in the same way, regardless of their background.

At least that is what I had believed—till the media in this country started working upon me. Everything that I see in the media portrays certain populations through a limited perspective. In particular, African-American and Hispanic men are portrayed with stereotypical views that only highlight their negatives and not their achievements, values, or family life.

Because of a constant barrage of these perceptions, I kept my distance from African-American men while studying for a master’s degree in public health at UNC in Chapel Hill. I felt badly about my attitude but nevertheless continued to be wary of these minorities. And I’m not alone.

I was forced to face my fears early one morning while traveling from Chapel Hill to Atlanta. I had a flat tire on the highway at about 3:00 a.m. I had never changed a tire before and was stuck not knowing what to do. Suddenly a car stopped behind mine. My first reaction was to lock the door and have the cell phone ready to dial. Three Hispanic men knocked on the window and said that they might be able to help. I was reluctant to open the door, but then the gut feeling was to trust them to change the tire. They helped, as if it was the right thing to do when someone is stranded on the road. I thanked them for their kindness and time.

That incident changed my perspective. I thought to myself, “These were the people I have been avoiding. But here they are, helping me in my need.” I have never felt guilt overtake me so strongly.

There is substantial literature that shows African-American males continue to be victims of racial profiling regardless of their economic status or education.The assumption by immigrants from other countries is that most African-American males are engaged in unlawful activities. Negative images and stereotypical biases against this group portrayed by the media have worsened this prejudice.

The next thing I knew, I was taking courses on cultural diversity, learning the culture of different racial groups in the U.S., and boldly starting dialogues with them. My preconceived thoughts and assumptions have since changed dramatically. Now, I am sensitive to other peoples’ cultures and have broadened my mind to learning more and interacting more with other communities.

I have also become vocal about increasing the knowledge and awareness about the African-American community among my fellow Asian Americans. If not for the terrible struggles that they endured through the Civil Rights movement, we Asian Americans would not be enjoying the equality and freedom that we are.

Sometimes I am the only Asian American in many African-American or Caucasian gatherings. Where is the diversity that is so much talked about? Why is Sunday morning still the most segregated hour in America? Why do we not understand that a creative, progressive environment has to be created for any minority community to do well? Is that not what America is based on, and the reason immigrants came?

Now, as a public health professional in Georgia, I sometimes find myself in the middle of the crossfire between African-Americans and Caucasians, each questioning the other about entitlements and other issues. How do I respond as a brown-skinned person? I try to become the unifier rather than the divider; I try to become the listener rather than the finger pointer, and provide a forum for both the races to come to a common ground. Sometimes all it takes for a community to progress is love, compassion, nurturing and empowerment.

Sometimes I see boards and agencies making decisions using the color of the person’s skin as their basis. Is that what we want to pass on to our next generation? Shouldn’t we be teaching that we are all one human race with similar goals and aspirations? And that we should be compassionate to each other? This education needs to be imparted not just in schools but in homes, by parents as well.

There are a lot of opportunities that can be created by communities to work together and to learn about each other. We need more unifiers rather than dividers; we need more compassionate humanitarians rather than rabid politicians.

Today I live in the midst of African-Americans, Caucasians, and Hispanics in my day-to-day life. I have African-American parents who have befriended me, and an African-American brother who would come to my rescue in any situation. The African-American community refers to me as a “sister,” and as they say, once a sister always a sister. So I have been jolted by the realization that I once viewed minorities with fear. As a believer in the Humanitarian religion, I also know that the color of the skin does not really matter. And as a medical practitioner, I see that every human being has one heart, two lungs, and a brain. This is the human race! Because of this greater understanding, I decided several years ago to cross the invisible line and walk in harmony with the entire human race.

[Nazeera Dawood has a Master’s in Public Health from the University of North Carolina, and a medical degree from Bangalore University, India. Besides serving as a Director in the Fulton County Health Promotion Services, she has also served on the President’s Commission on Race and Ethnicity at Emory University.]