MyTurn: Finding Meaning in the Face of Mortality 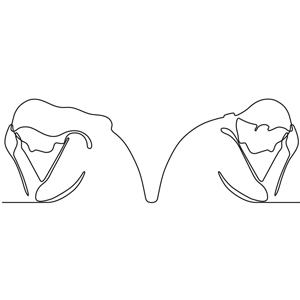 A few days after a trip to India, I came down with Covid. It was upsetting to be felled by the dreaded virus on home turf, in Singapore, after having avoided it for two and a half years. I had acquired the recommended immunizations, obeyed instructions, and followed standard travel precautions before and during the trip.

Illness can be annoying. And illuminating.

Even as my body struggled to recover, I knew I would be okay. But dangers lurked everywhere. From recent reports about the increasing prevalence of dengue in my neighborhood to the WHO declaring monkeypox as a global health emergency, I was not off the hook yet. When it comes to matters of health, my unacknowledged fears of mortality come rushing in.

In Paul Kalanithi’s memoir, When Breath Becomes Air, a beautiful, heartbreaking meditation on life, he addresses this important question: What makes life meaningful enough to go on living?

“Death may be a one-time event, but living with terminal illness is a process,” observes Kalanithi, who got a terminal cancer diagnosis just as he was poised to embark on a glorious career as a neurosurgeon.

With or without cancer, death awaits us all. We have all been exhorted to live each day as if it is our last. But how? Even Kalanthi, the philosopher and physician who is intimately familiar with the prognosis as well as the progression of his disease, is stumped. “The way forward would seem obvious, if only I knew how many months or years I had left,” he notes. “Tell me three months, I’d spend time with family. Tell me one year, I’d write a book. Give me ten years, I’d get back to treating diseases. The truth that you live one day at a time didn’t help: What was I supposed to do with that day?”

We all face this conundrum at some point. Life is finite but its exact length is unknown. Until something tilts the balance of our ignorance—a health scare, an unexpected job loss, forced migration, or a global pandemic—we live as if we are immune to the vagaries of life. While the pandemic has touched all of us in different ways, has it fundamentally changed the way we approach or appreciate life?

In 2016, Lucy Kellaway, a journalist at the Financial Times, quit her job as a columnist and became a math teacher. She was in her mid-fifties then and took what seemed like an extreme and foolish step in the aftermath of her grief over her father’s death. Although she had considered this option a decade earlier when her mother died, she deferred her decision due to family responsibilities and hesitation about how it would look to be the oldest trainee teacher in her cohort. Her observation that “starting again turns out to be much easier, less stressful and less scary than starting out the first time” makes sense given the divergent goals of our early career choices and those we pursue after we have run the course for a few decades.

Well-known New York Times writer David Brooks alludes to a similar point in The Second Mountain: The Quest for a Moral Life. He states that our standard life experience begins with the climbing of the first mountain in young adulthood. The journey here is self-focused, and fixated on establishing and maintaining an identity, reputation, status and how others view us. It takes a valley, a period of hardship or suffering or introspection, before a second mountain is even contemplated. “The second mountain is about shedding the ego and losing the self, about contribution rather than acquisition, egalitarianism rather than elitism,” Brooks writes. “The second mountain is one where we move from pursuing happiness to seeking joy.”

Life is enriched by its natural ebb and flow; it is made unique by various events and people and experiences. 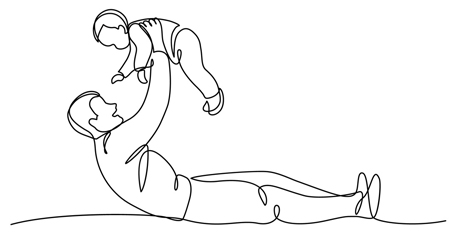 From innocent love to complicated relationships, cherubic smiles in childhood to toothless ones as we age, we experience a multitude of feelings that toss us this way and that on a rollercoaster of emotions. It is this uncertainty that makes the ride of life both unpredictable and poignant. The quest for meaning in this constantly whirling life is not arrived at in a simple linear fashion, with events and opportunities lining up in sequence. Most often we find ourselves holding on to two opposite emotions simultaneously, trying to tease out what we truly feel about the moment.

Years ago when I watched my child insist on tying her shoelaces “all by myself,” I felt a flutter of an unfamiliar feeling, a mixture of pride and unease, of having reached a significant milestone but of also losing something precious. This simple act of independence was a harbinger of days and years when her dependence on me and my hold on her would become more tenuous. It was a bittersweet moment that hung between us.

Being able to hold happiness and sadness simultaneously was a measure of my own growth. In the decades since that first moment of awareness of the bittersweetness of life, I have tried often, unsuccessfully, to capture the essence of this life, my life, in these in-between periods.

The pandemic has been a prolonged pause that at first seemed unreasonable, then untenable, until we made peace with the bargain on behalf of ourselves and the communities in which we lived. And now as we step forward, getting on a plane, showing up in an auditorium, or simply stepping out without a mask, we are made aware that by the simple act of choosing, we are courting risk. This choice itself is bittersweet, holding within its palm the promise of freedom but also unknown dangers that hide in plain sight.

Yet the virus is not the only risk to our lives. We still need to factor in the general risks of climate change, specific risks of random accidents (or intentional acts of terrorism) and individual risks of unhealthy lifestyles. The only thing certain is that death, that fearsome shadow we anticipate in the distant future, may very well lurk around the corner. We will ultimately succumb to something. But before we reach that end, there could be many crossroads on the way.

It isn’t easy to change careers, move to new countries, or undertake major life change—particularly as we age—but the only way to measure the life we have left is by taking stock of what we have in hand: one day, this day, today.

As the writer Annie Dillard wrote, “How we spend our days is of course how we spend our lives.” Ultimately, life is not lived in the balance sheet that we contemplate at the end; it is in every moment that we take for granted, every idle thought we entertain, and in each breath we take.

Ranjani Rao is the author of Rewriting my Happily Ever After: A Memoir of Divorce and Discovery. She lives in Singapore.