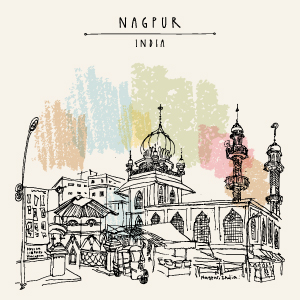 The author’s account of annual Christmas-time sojourns to her uncle’s place is a treat to the senses. Sight, sound, smell, taste, touch … all are enticingly stoked by her vivid recollections of some quality cousin-time and slices of life in their Nagpur home.

For several years, my father and his brother traded children over our vacations. While my cousins visited us each summer to escape Nagpur’s unbearably hot summers, my brother and I got to spend a few Christmases in Nagpur.

As crates of locally grown oranges were being loaded onto the Geetanjali Express, we disembarked at Nagpur Junction at 6.30 a.m. after an 18 hour-ride from Mumbai, and were escorted into a waiting car or jeep and promptly taken to our uncle’s home. Our Christmas vacation thus began. 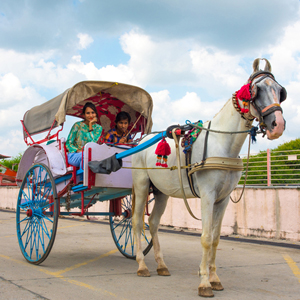 Nagpur winter mornings carried the hints of smoke from wood burning fires. Driving up to our uncle’s apartment, I saw only grey shapes of little bungalows and their orange terracotta tiled roofs peeking through the fog. The screeching of parrots and chattering of monkeys frolicking in wood apple and tamarind trees filled the cold morning air; clip-clopping tongas with metal bells jingled rhythmically along the tar roads; and with an occasional urgent blaring airhorn of a bicycle rickshaw or the faint call of a peacock, these were sounds unique to Nagpur. 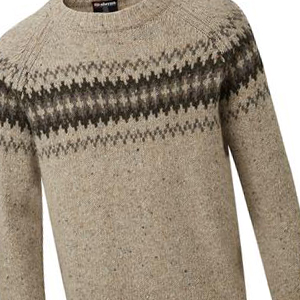 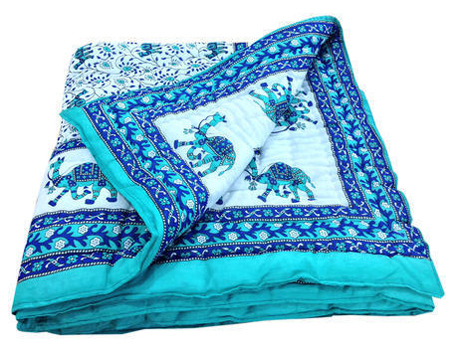 Nagpur winter mornings were cold for a Mumbaiite. During my stay, I would find every excuse each morning to stay nuzzled underneath soft and warm hand-quilted rajais, the popular locally handmade cotton filled quilts. But the aroma of a brew of tea leaves, ginger, and cloves would keep me from snoozing. The morning sounds of Nagpur would fade against much sweeter notes from the kitchen: of stainless steel pots and tongs clanking together, faucets running, spices being pounded in a mortar and pestle, tea cups being retrieved from cabinets and grazing over a black granite counter-top, teaspoons tinkling, and steel bins opening and closing—one was sugar and another was tea. After a short pause, the loud hissing of a pot boiling followed, and then of someone pouring masala cha into dainty ceramic teacups. These kitchen sounds were my favorite kind of alarm, collectively encouraging me to shed the quilts, and seek warmth elsewhere. My saviors in the Nagpur winters were the rajais, sweaters, woolen socks, and steaming cups of masala tea. 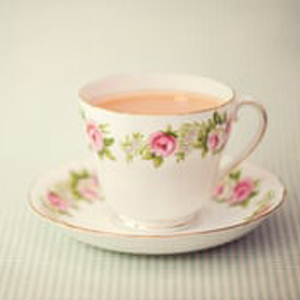 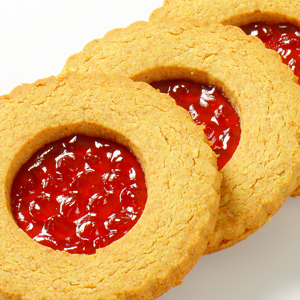 But before I could eagerly hold my cup of tea, I braced for the icy cold floor. It never failed to send shivers up my skinny legs. My palms froze, too, while brushing teeth in icy cold water. I hoped to thaw holding my little teacup covered in floral patterns, filled with a life-infusing ginger and clove cha, or tea. My cup and I would find a spot in the softly dappled sunlight streaming through the open balcony, and I would lounge on the wicker furniture amidst the hand embroidered pillows, much like the chubby orange family cat. A little saucer would appear, filled with cookies made by Uncle’s man-servant Eugene bhau (brother), reminding me that Christmas in Nagpur meant winter sunshine, tea, and cookies. 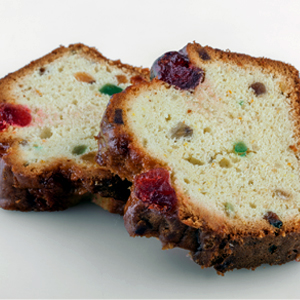 Cake and cookie exchanges were common over Christmas, much like the mithai exchange at Diwali. Nagpur Christmases were even more different—both my uncle and aunt were high ranking professionals and received many visitors who brought in little bins and tins of boxes of home-made Christmas treats: jam filled cookies, sugar dusted cookies, the unmistakable Scandinavian Rose Cookie, or the ubiquitous fruit cake with red and green tutti-fruiti, colored bits of sun-dried papaya, or pineapple. Sometimes they brought treats from Haldiram—the homegrown brand that is now internationally known. And if that was not enough, baskets of home-grown oranges or pomegranates appeared. Home-grown fruits are always a premium gift in India.

But our vacations were meant to be special times with cousins. Summer vacations meant cousins visited our large remote farm, which was not more than a slightly tamed wilderness. Our rambunctious playtime was largely unsupervised and we had no other playmates. We navigated the mottled shade of old mango trees and trampled neem blossoms during made-up games, all while watching out for snakes and scorpions! Nagpur vacations meant we shared our cousin-time with their neighbor’s kids. We played cards and board-games if it was too cold to be outside. Short of the game of tag, gully-cricket, or ‘thieves and police,’ most group games could have only so many players. So, when I, the youngest, was deemed a kaccha-limbu, a common slang term for being inexperienced for a particular game, I would instead run off to the terrace of their apartment block.

My uncle and aunt had transformed their otherwise drab concrete terrace into a terrace garden. It felt familiar, like my Nani’s urban backyard—filled with many fragrant plants, tended daily; one that did not need permissions but shared its beauty and fragrances with those who visited, unhindered. It had miniature trees planted in large wooden crates, mounted on bricks, arranged in neat rows. In winter the Japanese chrysanthemums, tuberoses, and fragrant roses bloomed like fireworks, and the grafted orange, lime, and pomegranate trees were heavy with fruit. Unlike Nani’s urban backyard, or the wilderness we called ‘farm,’ walking among neat rows of flowers and fruits was like walking in a well-planned Mughal garden, a mini paradise! Unlike other teens who craved the social rumpus of playtime, I held this time of solitude and reflection as precious. These gardens absorbed my solitude, forced or sought. The cold air would make me wish for a cup of tea in paradise.

But we all leave paradise behind sometime. Shortly after they began, when older cousins entered college, our ‘cousin-vacations’ stopped. In time, life made it impossible to even visit each other. We haven’t vacationed together since late 1980, Nani moved out of her apartment in early 1990, and it has been more than three years since I was last at the farm.

As cold air settled into Atlanta this year, I steeped a cup of an orange-barley tisane, a kind of herbal tea, and walked out to my suburban backyard, hoping to warm up in the late afternoon sun. Life has taken over here, too. In the overgrown bushes, I caught a glimpse of a blooming dahlia, a few stray chrysanthemums struggling with unseasonable frost, a few knockout roses putting on a show, a little mogra bud wishing for more sunshine. I reminisced about my youth, the innocence of sitting on the terrace wall in the winter sun admiring spidery Japanese chrysanthemums and fragrant roses in Nagpur, of carefully tiptoeing through Nani’s garden looking for mogras, or enjoying the near isolation and solitude our farm afforded us underneath the shade of the mango orchards. These were my versions of paradise. And as with any paradise, they struggled with the notion of control and of being coveted. I loved them all: the tended and contained version, the urban backyard version, and our mostly wild version. They each shaped an indelible memory, tied to certain people and special places—never replicated, their innocence now lost to the seasons of time. Regardless of how big or small these were, here, the open sky and sunshine allowed me to dream, enjoy the beauty of Nature, and reflect on my place in the world.

As I held my steaming herbal tea, I wondered what became of those places, my versions of paradise. When I last looked, maps only showed them in faint outlines. They existed, but barely. I knew that the people who shaped those memories simply weren’t there. Only my memories and experiences remained constant. Perhaps it was the winter sun, the warmth and aromas of my herbal tea, or the memory of paradise—my senses felt awakened. I was warm again. In that moment I wondered: perhaps it was true—your paradise is within you.

Nandita Godbole is an Atlanta-based author of many cookbooks and a food-novel. Her biographical fiction, Ten Thousand Tongues: Secrets of a Layered Kitchen was featured on City Lights–WABE (Atlanta’s NPR), Forbes, and BBC-Future, and in an earlier avatar, on NBC and NBC-Asian America.